I swear, those berets weren't my idea 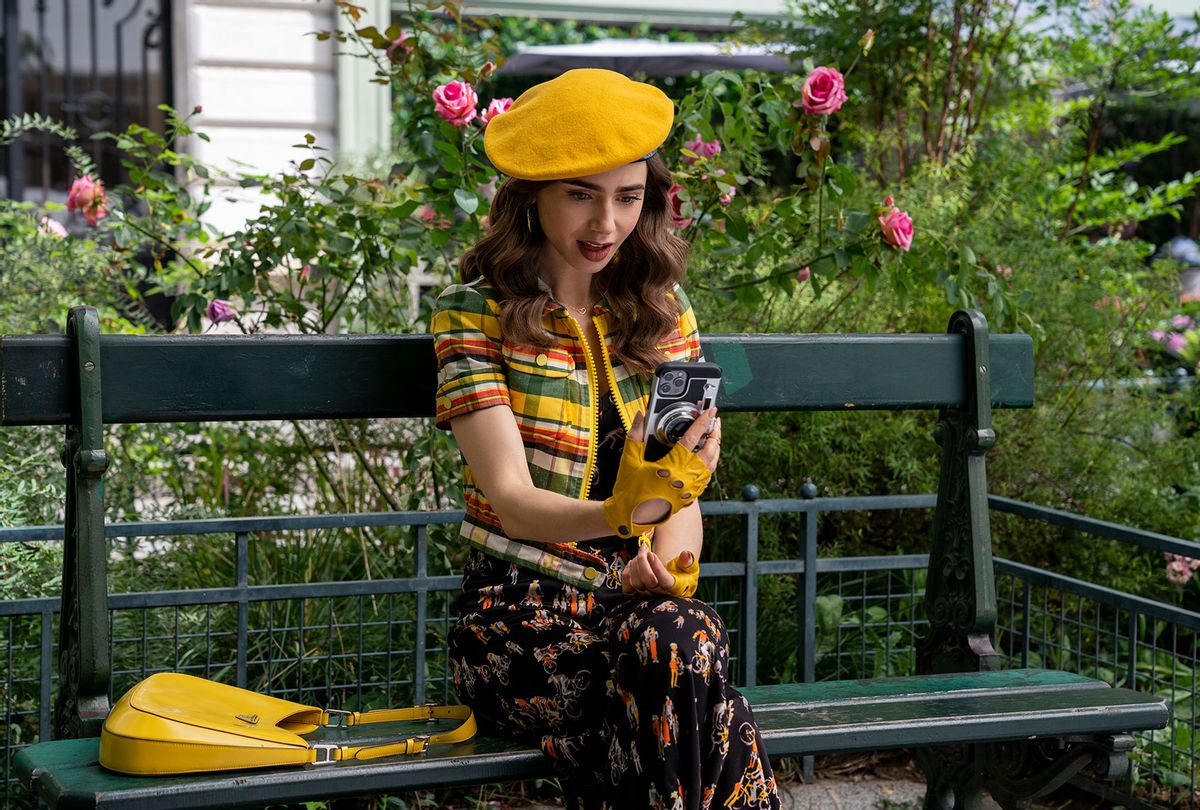 All right, France. You've got it. On behalf of the great nation of the United States of America and in the spirit of our long and harmonious relationship, I apologize for "Emily in Paris."

I didn't know you'd feel so strongly about it. I didn't even know you really even knew about it. So if I seemed a little slow on the regret when I was in the City of Light recently, please be assured it was simply out of surprise, not any lack of deep national shame. I tried to get up to speed, however, when I quickly realized that nearly ever Parisian I'd encounter would want to know, "Have you seen 'Emily in Paris'?" — and then follow up with a lengthy and highly accusatory list of all its culinary, sartorial and cultural offenses.

"Do you . . . like 'Emily in Paris'?" a friend's family member asked me on one bright morning walk, by way of small talk that felt immediately like a trap.

"It's not really my thing," I replied. "I'm more a fan of the great work the Marquis de Lafayette did for us during the American Revolution."

"She is so disrespectful," the woman continued, oblivious to my deflection. "She is ridiculous. She comes to France and doesn't even learn French. Is this what Americans do?" "Mais non," I told her. "Jamais." And then I hung back and pretended to take a photo of the Sacre Coeur so she would stop being mad at me.

I first came to France when I was 16-year-old exchange student, and I have weathered decades of Gallic scorn about our politics, our monolingualism, our fast food and the existence of Disneyland Paris. I've tried to be a good representative and a good guest, following in the footsteps of Benjamin Franklin and Julia Child and generations of Americans who have trod gently in Paris without unfortunate hats. Yet everywhere I went this time — to a dinner party, a walking tour — I found myself dodging an unprecedented level of cool fury from the Parisians. We're going to have to invent and export another Jim Morrison to make up for this.

"Emily is the rude one, do you not agree?" a 30-ish man I had just met demanded of me one evening over a long restaurant table. "She's the worst," I answered, with all the confidence of someone whose knowledge of the series begins and ends with Peyton Manning's recap.

I live in Manhattan, and I don't remember ever feeling a sense of concern that the rest of the world might believe that "Sex and the City" or "Succession" were an unfair representation of the lives of New Yorkers. (If you're wondering what it's really like, maybe "Broad City"?) Nor am I aware of any Korean friends who think I believe "Squid Game" is a true story. But most television shows offer the conceit of characters inhabiting their own milieus. "Emily," in hot-take inspiring contrast, brazenly swaggers into an entirely different world from her own and shows her hosts a thing or two. And lack of humility is America's largest and least appreciated export.

"I like Paris," Emily Cooper once famously said, "but I'm not really sure Paris likes me."

Yet the Parisian affection for other American guests is evident everywhere you go there. There is a statute of Thomas Jefferson and an avenue and metro station named for Franklin Roosevelt. Josephine Baker rests in the Pantheon, Benjamin Franklin's portrait hangs in the oldest cafe in the city, and at the moment, there is a massive billboard for Ralph Lauren draping La Madeleine and posters for "Pam & Tommy" on every corner. My favorite falafel place boasts on its front sign that it is recommended by Lenny Kravitz. If you're not teetering around town like a self-absorbed fictional television character, you can find yourself greeted warmly there. It doesn't take much — my waiter at one venerable bistro gave me both a wink and the shooty finger when I ordered the choucroute. And if anyone asks, just go ahead and be that ambassador, expressing contrition for the Netflix faux pas of your countrymen.

So, Paris, I am very, very sorry for what Emily has done to you. I confess I'm not sure what gave you the impression that I had something to do with it, but I get it. You gave us the Statue of Liberty and we gave you an insufferable woman in extremely loud blazers. Je suis très désolé. And can I suggest that you'd probably really like "The Bachelor"?