The cast is reason enough to watch, even if the comedy from the "Love, Simon" scribes plays it too safe 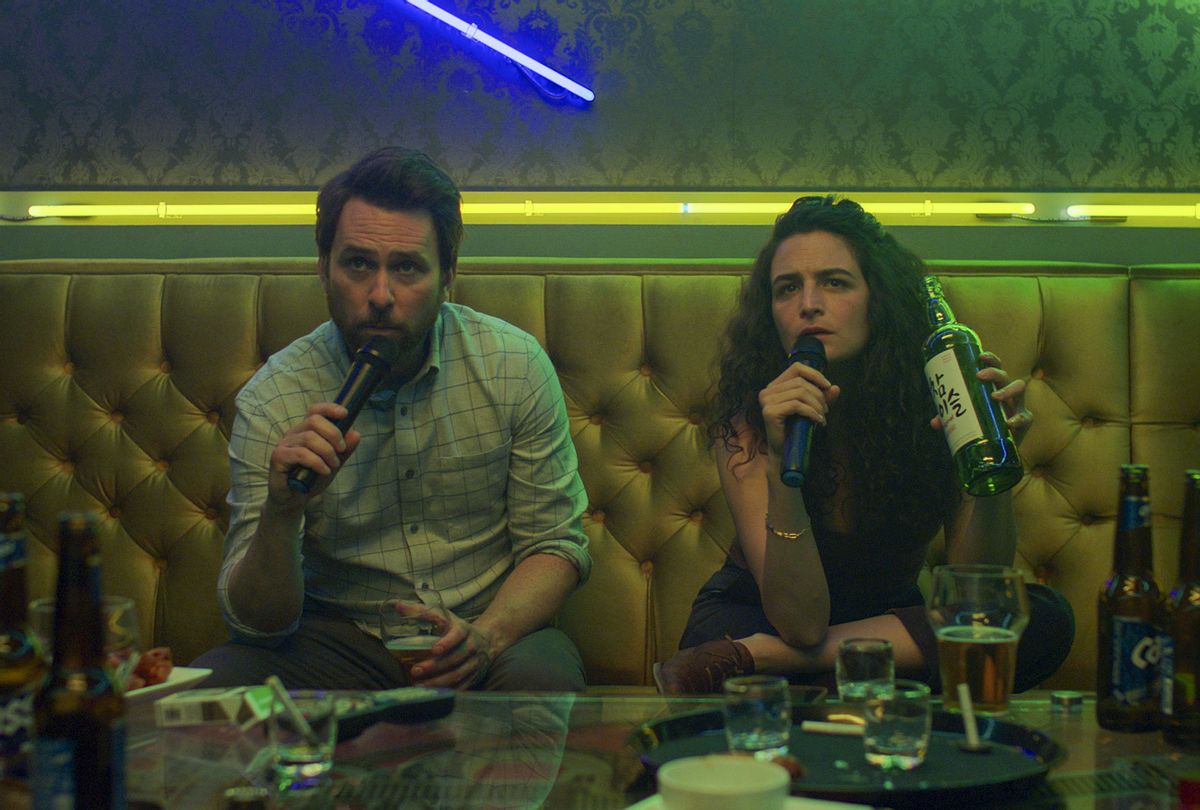 The affable, undemanding rom-com, "I Want You Back" — alert: Valentine's Day is next week — has Peter (Charlie Day) being dumped by Anne (Gina Rodriguez) just as Noah (Scott Eastwood) breaks up with Emma (Jenny Slate). Anne and Noah both feel stuck in their going-nowhere relationships. Viewers may find complacency with this entry in the genre. The film coasts on the charms of it leads, and offers smiles instead of laughs, comfort instead of romance.

The screenplay, written by Isaac Aptaker and Elizabeth Berger (who penned "Love, Simon"), takes a simple premise that has Peter and Emma meeting cute and scheming to get their exes back by breaking up their new relationships. Think "Strangers on a Train" with marriage instead of murder as the objective. Only the characters describe it as "Cruel Intentions," only sexier. (It's not sexier, they acknowledge; such is the film's humor).

Peter and Emma are genial coconspirators. It is charming watching Peter and Emma get drunk and sing "You Oughta Know" at a karaoke bar, or dub themselves the "Sadness Sisters," pledging to call each other instead of their exes, because misery loves company. And it is nice that the instant friends do not become instant friends with benefits; Emma wakes up with a box of Cinnamon Toast Crunch the morning after a night out with Peter.

But back to the plan at hand. Peter and Emma decide that she should volunteer at the middle school production of "Little Shop of Horrors" that Anne's new boyfriend, Logan (Manny Jacinto) is directing. Meanwhile Peter should befriend Noah to keep tabs on his new relationship with Ginny (Clark Backo). Both, of course, are flirting with disaster as their efforts to sabotage each other's exes has greater potential to backfire than achieve success.

RELATED: If you have to ask: "How to Tell You're a Douchebag" filmmaker on making his Twitter-era rom-com

The best moments are the episodes that get the main characters out of their comfort zones. Peter accepts a dare to go jumping into a hot tub from a second-floor balcony, which is amusing and horrifying. Emma also faces her fears when she channels her pain after an awkward, unexpected chat with Noah, by belting out "Suddenly Seymour" during a dress rehearsal of "Little Shop." It is an emotional, showstopping moment that slays.

Sometimes it relies too much on the performer's comic talents to force humor. There is an extended, and unfunny sequence where Peter breaks into Ginny's house to plant a condom to suggest Noah is cheating on her. (The hope is to prompt a fight that will break up the couple). But, of course, he gets trapped in their bedroom during a passionate moment between the couple and gets an unwanted eyeful of the naked Noah. (Eastwood shows why he is appropriately cast as a personal trainer).

Other tweaks might have improved the film as well. Noah and Peter's bromance only hints at the comedy of misread signals. Likewise, Anne is underdeveloped as a character. Her attraction to Logan reads more like a relationship of convenience, whereas Noah's love for Ginny seems genuine. If Anne is simply rebounding, that could have been further explored. As such, Rodriguez is wasted in a thankless role. At least Jacinto is diverting and wonderfully deadpan as the intense Logan.

Nevertheless, "I Want You Back" is a compatible showcase for its sad sack leads. Day and Slate are endearing as they lean on each other as they process their emotions about relationships. His scrappiness is a good match for her quirkiness, even when there is friction between them when their plans do not go as planned. Each performer gets a moment to shine. Day is in top form when he gets flustered and tries to talk his way out of a sticky situation. Slate excels when Emma exudes confidence, dropping a book to catch Logan's attention, or putting on a fancy seductive dress.

"I Want You Back" it is likable enough, but too often the film feels sit-comic, playing things safe rather than living the dream.

"I Want You Back" is available on Prime Video. Watch a trailer for it below, via YouTube.

Amazon Studios I Want You Back Movies Prime Video Review