"Who Killed Sara?" star turns producer for "Amalgama": "I didn't want to be a commodity"

Manolo Cardona spoked to Salon from the Miami Film Festival about vulnerabilities, toxicity and co-productions 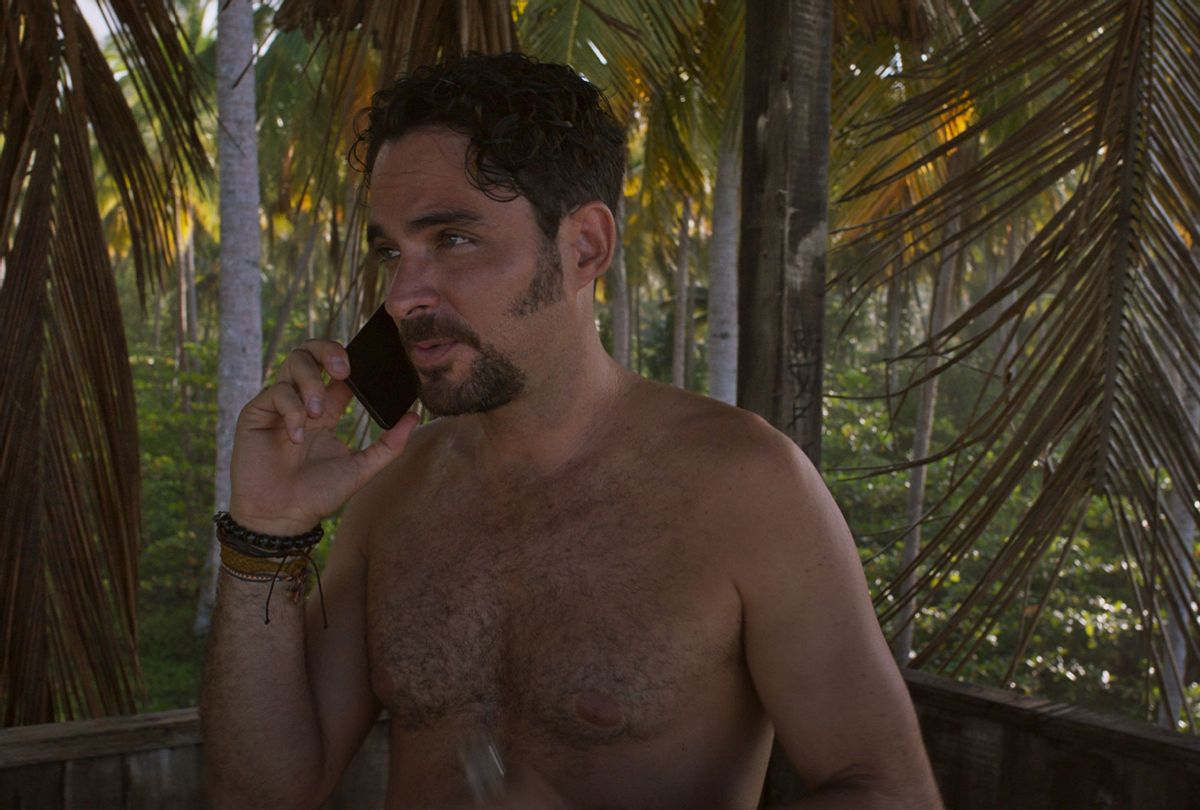 Manolo Cardona, who stars in the breakout hit Netflix series, "Who Killed Sara?" has enjoyed a busy career in film and TV for decades. He has made gritty series, such as "Narcos," and made hearts swoon in the romantic drama, "Undertow," from Peru. Cardona has also appeared in American films ranging from "Beverly Hills Chihuahua" to "Fort Bliss" and had a recurring role in "Covert Affairs."

This former telenovela star, who was born in Colombia, is extremely versatile, shifting from seductive roles in the Mexican romance, "My Brother's Wife," to playing a businessman with an agenda in the Spanish drama, "Sara's Notebook."

The actor really gets to shine as Chema, a fun-loving dentist attending a convention who slips off with three colleagues — Saúl (Tony Dalton), Hugo (Miguel Rodarte) and Elena (Stephanie Cayo) — to an island paradise. Yet the vibe is far from chill as all the characters each have personal or professional crises brewing and then they get stranded. Chema is having tensions with his husband, Omar (Alejandro Calva), and how he handles his situation reveals much about his character.

Chema often seems to be the only adult in the room, and Cardona makes his common sense, as well as his anxiety about his situation, affecting. A scene where he is humiliated in front of his colleagues allows him to express anger, shame, self-pity, confusion, passion and release in what is practically a continuous take.

Cardona also has a small role in the festival's Awards Night film, Panama's Oscar submission, "Plaza Catedral." In this sensational drama, Cardona plays Diego, who is trying to move on after the death of his son.

The actor spoke with Salon about "Amalgama" as well as his career, vulnerability, and crossover success.

You were born in Colombia, but have made films all over Latin America, like in Panama for "Plaza Catedral," and "Amalgama" in Mexico. Can you talk about crossing over between borders?

I think that's the future. With the [streaming] platforms, we are now breaking barriers in terms of language; you can see Spanish film or series anywhere in the world. That's very important and that's why I am doing things. I am crossing over first in Latin America because there are millions of Spanish speakers. It is not just making a Colombian film for Colombia, or a Mexican film for Mexico, but a Colombian or Mexican film for the world. These co-productions have talent from different countries and create this amazing synergy. I'm happy to make "Plaza Catedral" in Panama, and "Amalgama," which is a coproduction between the Dominican Republic, Mexico, and Colombia. That's the future of Latin America and the world, to make all these co-productions.

You found early success in telenovelas, and built a fanbase as a heartthrob and then transitioning into films and have had success in various series, including the current hit, "Who Killed Sara?" Can you talk about developing your career? You almost never stop working!

From the start of my career, I knew what I wanted. I was doing telenovelas at first — but I don't regret that at all, because since that time, I've taken my career very seriously as an actor. I knew I didn't want to be a commodity, or work on projects or play characters that didn't challenge me. I have tried throughout my career to connect and find those roles. And that's why I have my production company, 11:11, which I started in 2005. I am really passionate about finding good projects to work on and amazing directors, writers, actors, and actresses to work with.

Right, you produced "Amalgama." Is this an effort to create your own opportunities and take your career to the next level?

I am producing films and shows and trying to find the best projects I can. I am planning to direct. I have a film I want to do, and that's one of my big plans for this year. That is what is driving me creatively this year.

Amalgama (Miami Dade College Miami Film Festival)Why did this project, "Amalgama" and this character, Chema, appeal to you?

I love [director] Carlos Cuarón [who had written "Y Tu Mama Tambien," which his brother directed]. And my costars, Miguel, Tony, and Stephanie, were my friends before the film. We didn't know we were going to be working together. Carlos was very [secretive] in the casting. He saw a lot people for each role. We were blessed to do the film together because you see the camaraderie between the four of us. This was a character-driven film about four people who have to be honest with themselves and in their relationships. There is toxicity. And it was shot in Tulum in the Mayan Riviera, and Las Terrenas, in the Dominican Republic. It was a privilege to be able to do a movie like this.

I love that the film punctures the egos of the straight male characters as well as gay stereotypes. What can you say about the depiction of masculinity, toxic and otherwise, in "Amalgama"?

In the 21st century in Latin America, there is a lot of machismo and masculinity, but I think the film is putting those subjects in their place and giving them visibility. It's ridiculous that people are behaving like that and doing these things.

Chema was often the adult in the room. Your performance has a confidence which is appealing, but Chema also has a vulnerability. Can you talk about that?

Chema is a charming character in the beginning — very self-confident. He's the king of mambo and knows everyone, and where the party is. But in the end, he is a broken human being trying to be the best person he is. We are all very vulnerable, and nowadays, we are dealing with so many things and mental health problems. We are trying to live a life and have relationships with our partners, family, friends, and trying to do our best.

With what is going on with this awful war between Russia and Ukraine, what is Putin's vulnerability? He seems to be this brave and crazy guy. He has a vulnerability, but we don't know what it is. I'm very against the war. I am with the Ukrainian people.

But getting back to the film, I think that vulnerability takes Chema to a place where he finds himself and the strength to be honest with himself and his relationship and say this is not healthy. It's hard for us to make decisions to say, "No more," or tell the truth and be honest with people that we love. That's the message that the film has — be yourself, be honest, and live the best life you can.

How do you process crises yourself? Are you realistic in your personal and professional life?

I'm trying to be as honest as I can every day. Of course, that Is very difficult because you deal with different things. But you have to remind yourself what is happiness for you and what do you want? I try to remember that and make people around me happy. We all have problems, but it's about being as happy as you can.

Do you crave success in America? Can you talk about breaking through in this market? What should American viewers watch to get to know you as an actor?

I have worked on and off in my career in the American market, but I don't think I need to do more there to feel that I am making it. "Who Killed Sara?" had crazy success in the States and the world. It was the No. 1 show on Netflix for 29 days. It was a Mexican show that was seen all over the world. I would love to work more in the States, but I think it's just a matter of right project and the right timing to do it. I have "Now and Then," a bilingual show on Apple TV out May 20, and Season 3 of "Who Killed Sara?" drops June 1.

"Amalgama" can be viewed online in the U.S. starting March 7 for 72 hours through the Miami Film Festival website. Watch a trailer below: