Republicans are lying to you about Roe 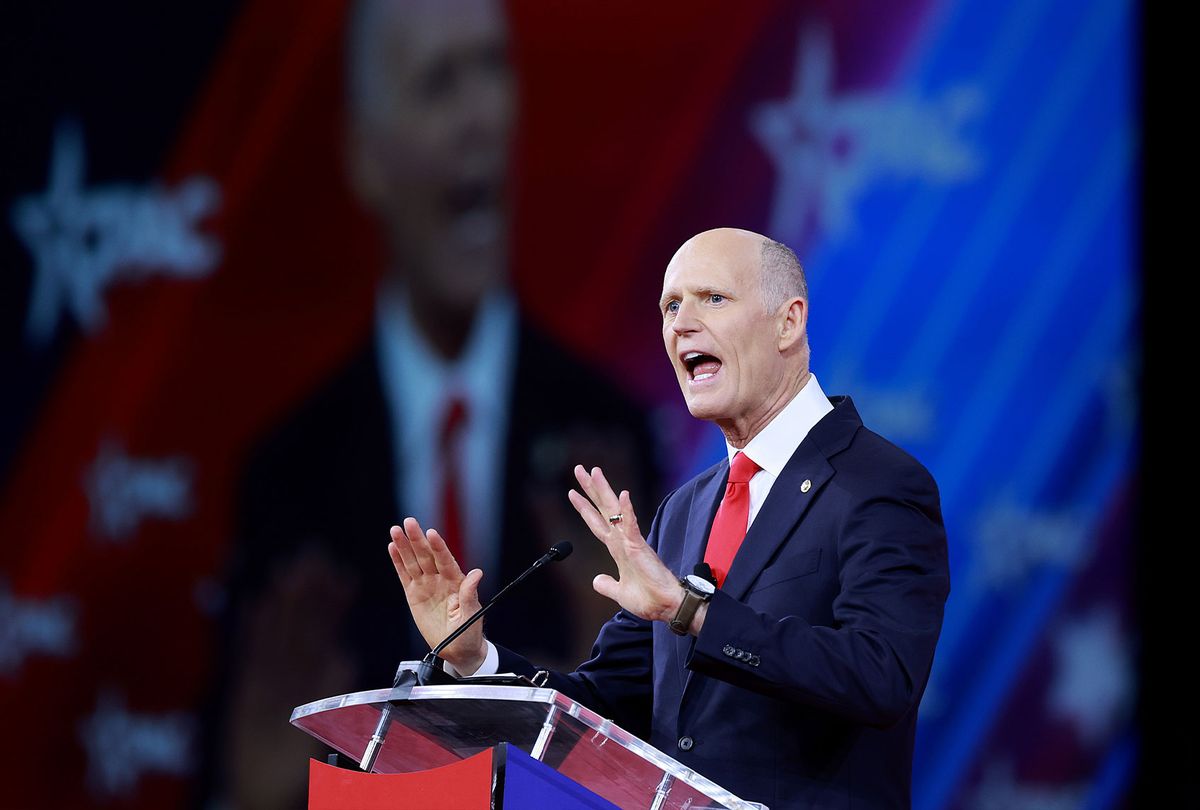 Despite the fact that forced childbirth has been a major goal and central organizing strategy of the GOP for approximately four decades, Republican political strategists don't exactly seem stoked about a leaked draft opinion indicating that the GOP-controlled Supreme Court plans to overturn Roe v. Wade outright. Turns out that abortion rights are very popular, likely due to people's well-documented enthusiasm for fornication without procreation. With the midterms just a few months away and Democrats signaling that they intend to make this a major issue, Republicans are scrambling for a political strategy to make their mandatory childbirth policy seem not as bad of an idea as it obviously is.

On Tuesday, Axios leaked a three-page talking points memo from the National Republican Senatorial Committee (NRSC). The strategy that the Republican campaign strategy group suggests is to lie. A lot. Lie every chance you get. Lie about everything, all the time. Lie so often that the media stops bothering to fact-check you and your opponents grow exhausted trying to disprove your lies. It's a tried-and-true trick for the GOP.

The document is remarkable as a snapshot into not just the ease with which Republicans lie, but also their total dependence on keeping voters in the dark about their true beliefs and intentions. Most of the claims on this document are flat-out lies, and even when they aren't — such as the fact that Democrats oppose "even limiting abortion to the first trimester" — they are attempts to distract voters from the true view of Republicans, which is a ban on all abortions in any trimester. The entire GOP political strategy is geared around pulling the wool over voters' eyes.

The document is remarkable as a snapshot into not just the ease with which Republicans lie, but also their total dependence on keeping voters in the dark about their true beliefs and intentions.

True to form, this short document is so packed full of lies that it's impossible to debunk all of them. But just the section titled "FORCEFULLY REFUTE DEMOCRAT LIES REGARDING GOP POSITIONS ON ABORTION AND WOMEN'S HEALTH CARE" is a marvel in protesting-too-much. Nearly everything they label as a "lie" would, in the common parlance, be better described as the truth.

"Republicans DO NOT want to throw doctors and women in jail. Mothers should be held harmless under the law," reads the document.

Of course, this is a lie.

Lousiana is already drafting a bill that would imprison both doctors and patients for abortion under homicide laws. Twenty-six states have or are expected to pass abortion bans, and nearly all come with criminal penalties. In Texas, a woman was already arrested for abortion, and the charges were only dropped when negative national attention fell on the state. But sustained media outrage will fade when such arrests are common, which is what Republicans are clearly counting on.

"Republicans DO NOT want to take away contraception," reads another bullet point.

The problem is that conflict-averse Democrats avoid calling Republicans out for this nonsense.

The document goes on to lie about the science, which is standard operating for the party of vaccine and climate denialists. It repeatedly calls Democrats "extremists," even though Democratic views are in line with the strong majority of Americans that want Roe upheld. It recommends that Republicans talk about "late-term" abortions, eliding the fact that red states define "late" as two weeks after the first missed period, before most pregnant people experience symptoms.

It's hard to flag what is the most egregious lie in this, but the most telling may be the insistence that "If Roe v. Wade is overturned, state and local officials closest to the people will make laws that reflect the will of their states." That may be true in the short term, but only because Joe Biden is president and will veto any abortion ban that Congress passes. But should Donald Trump, as planned, steals — or heaven forbid, actually wins — the 2024 election, Republicans will almost certainly pass a national ban on abortion.

This isn't just speculation. Congressional Republicans are already drafting the bill, likely with an eye toward passing it on January 21, 2025. In the meantime, however, the plan is to make sure that blue states are not, in fact, free to keep abortion safe and legal. As Mark Joseph Stern of Slate reports, Republicans are exploring "new laws that prevent people from crossing state lines to terminate a pregnancy." They are also building out a legal framework where red states can legally persecute abortion providers in blue states. For instance, a red state court could rule in favor of the family of a rapist who sues a blue state provider for aborting the victim's pregnancy. The anti-Roe Supreme Court is likely to rule that such judgments must be upheld. As battles ranging from those over slavery in the 19th century to those over same-sex marriage in the 21st show, systems where human rights exist in some states but not others tend to collapse under the contradictions.

RELATED: Supreme Court puts Democrats on notice: Stand up for abortion rights or risk losing everything

Republican lies are laughably easy to punch through, but it's not surprising that Scott and the NRSC think they can get away with this. The problem is that conflict-averse Democrats avoid calling Republicans out for this nonsense. As Rebecca Traister wrote in New York this week, Democratic leadership reacted to the Roe leak with "words that ultimately felt bloodless." Most leaders won't even say the word "abortion," much less explain why Republicans are lying about their intentions.

The NRSC document paints a hysterical picture of Republicans under siege from "angry" and "strident" Democrats. If only! Then perhaps the voters Democrats are trying to woo over would actually start to understand that things are serious and human rights are very much in peril. But, as it is, Republicans have an opportunity to lie their heads off about their radical forced childbirth plans, and they have every intention of exploiting it.