How to make the perfect creamy pasta sauce at home, revealed 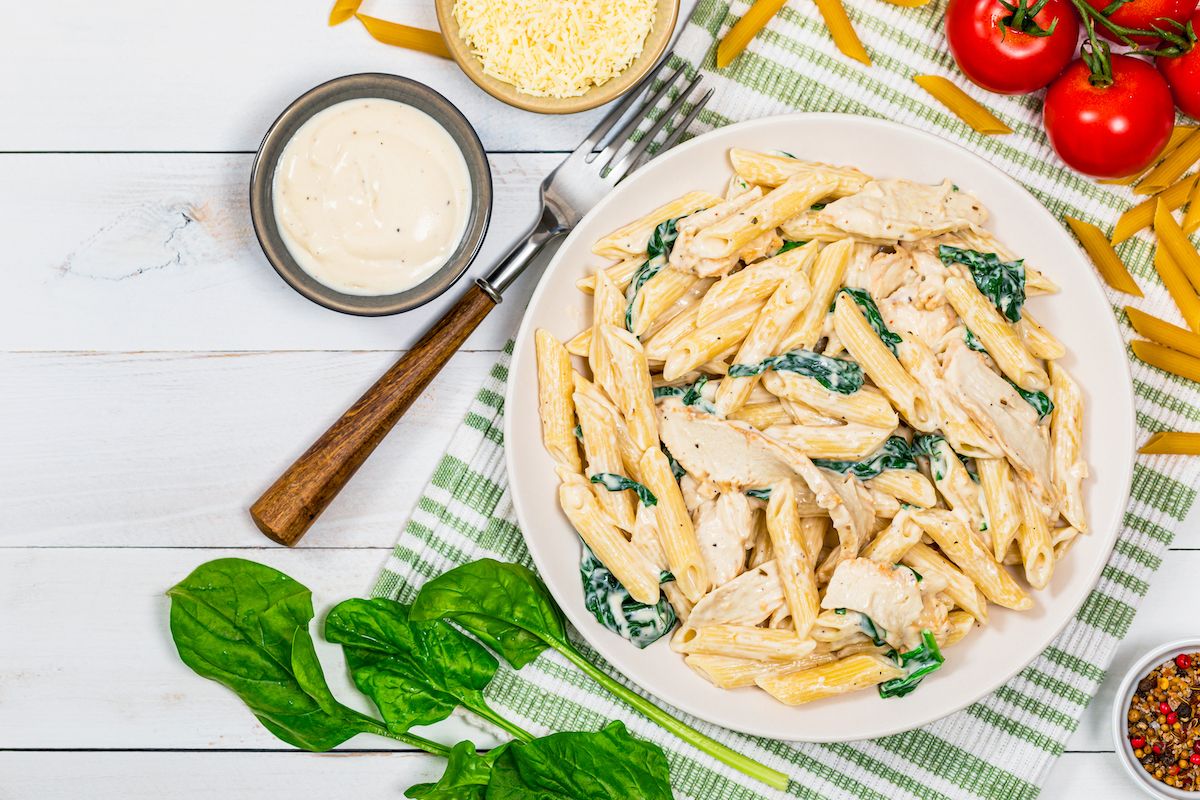 I have a soft spot for suburban strip mall red sauce joints. You know, the places decorated with vintage Campari posters and old Chianti bottles in woven baskets. At these restaurants, the offerings tend to veer decidedly toward the American part of Italian-American. (One of my longtime favorites brings out a basket of Texas toast garlic bread at the beginning of the meal, for example.)

Inevitably, there's some kind of pasta with a cream-based tomato or roasted red pepper sauce on the menu. Though not strictly authentic, I tend to love these dishes. They're cozy and decadent, and if you have a few cooking basics under your sleeve, they're also easy to make at home.

Related: The best garlic bread has a secret ingredient and takes 10 minutes

I say "a few cooking basics" because while these sauces are simple to make, they're not as simple as adding a cup of cream to marinara sauce. That's a surefire way to end up with a broken, clumpy sauce topped with curdled milk proteins — which is the opposite of the thick, comforting sauce you want to enjoy.

Ready to get started? Here's everything you need to know to make the perfect creamy pasta sauces at home:

Dairy and non-dairy products with higher fat percentages, such as heavy cream and coconut cream, are less likely to curdle over heat, to the point where you could boil both straight and they would likely simply thicken.

However, there are still certain best practices to employ when bringing dairy to temperature in a pasta sauce. First of all, don't just dump cold milk or cream into the pot. Instead, temper it by adding a few tablespoons of the warm pasta sauce to the cream first. Once warmed to room temperature, feel free to add it to the sauce.

When you're reheating the sauce, do so incrementally. Instead of immediately blasting your pot or pan with high heat, start gently with low heat and move up from there if needed.

Be mindful of acids

Cream and acid have something of a love-hate relationship, which can be tough to navigate since some of the most common pasta sauce ingredients — including tomatoes, wine and lemon juice — are acid-packed.

One common method to prevent your creamy ingredients from curdling is to stabilize the sauce by starting with a roux, which is a mixture of equal parts flour and fat (often butter). Heat the roux over low heat, stirring the mixture until it's a little toasty in color, an indicator that it will no longer taste like just straight raw flour. Then add your cream to the roux, whisking consistently until the mixture takes on a beautiful, velvety texture.

This technique is the base for Alfredo and cheese sauces, but you can use it when making sauces that include an acidic ingredient, such as a creamy tomato-basil sauce or a creamy white wine and parmesan sauce.

Whisking a few teaspoons of cornstarch in milk before adding it to your sauce can also serve as a roux stand-in, but the sauce won't get as thick.

A note on non-dairy cream sauces

Certain non-dairy milks and creams react to heat better than others — as is on display whenever you add cold non-dairy milk to a hot cup of coffee. Soy milk tends to separate when introduced to high heat (which, fun fact, is actually how tofu is made), while some brands of almond milk can take on an almost metallic taste when warmed.

Oat milk has a fantastic flavor, and it will thicken with a little coaxing. Coconut cream achieves the right texture right off the bat, but the taste may not be quite what you're looking for in a pasta sauce. Silk's dairy-free heavy whipping cream is a lifesaver.

However, one of my favorite non-dairy hacks for getting a thick, creamy sauce is simply adding a tablespoon or two of dairy-free cream cheese to the sauce in its final minutes of cooking. It plays well with acid, doesn't curdle and gives great flavor and texture.

Don't forget the garlic! Here are some of our favorite garlic-packed recipes: