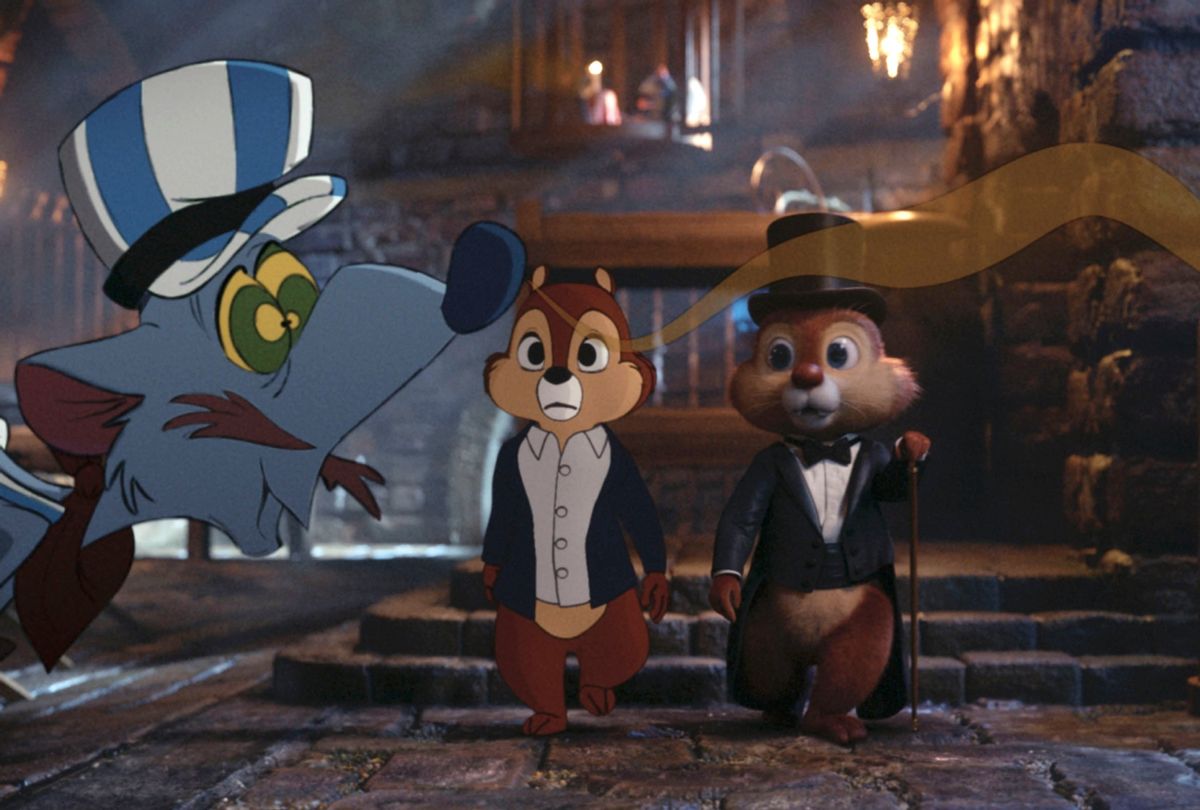 While making my Emmys predictions a few months ago, I needed a final film to round out my picks for Outstanding TV Movie. I saw Disney+'s "Chip n' Dale: Rescue Rangers" was eligible and added it to my ballot as a joke, figuring I'd swap it out for a more serious film when voting got closer. After all, how could a hybrid live-action/CG animated film based on a late 1980s cartoon about anthropomorphic chipmunks be good? There was simply no way.

In the current landscape of Hollywood, adaptations, reboots, revivals, and sequels grow like weeds, choking what few original ideas are able to take root and grow. And "Chip 'n Dale: Rescue Rangers," with its meta storyline and frequent references to famous properties owned and controlled by Disney, appeared to be more of the same: an opportunity to cash in on the company's deep library through nostalgia-obsessed Millennials.

But I was wrong. "Chip 'n Dale: Rescue Rangers" is not just a very funny and exceptionally good time, it's also a spiritual successor to the classic movie "Who Framed Roger Rabbit?" And the reason that the film works is because the world that Chip and Dale live in is one that could easily be our own.

How could a hybrid live-action/CG animated film based on a late 1980s cartoon about anthropomorphic chipmunks be good? ... I was wrong.

In the movie, comedians John Mulaney and Andy Samberg lend their voices to Chip and Dale, respectively. Childhood best friends-turned-eventual costars on the late '80s TV show "Chip 'n Dale: Rescue Rangers," the duo go their separate ways in 1990 after Dale decides he wants to strike out on his own with a new series.

They reunite years later when their former co-star Monterey Jack (Eric Bana) is kidnapped by a cynical, middle-aged Peter Pan (Will Arnett), who's altering famous cartoon characters to avoid copyright laws and then forcing them to make bootleg versions of their properties for his financial gain. With the help of a local LAPD detective (KiKi Layne), Chip, now a successful insurance salesman living in the suburbs, and Dale, a washed-up actor trying to recapture the glory days while on the convention circuit, team up to find their friend and rescue him before it's too late. 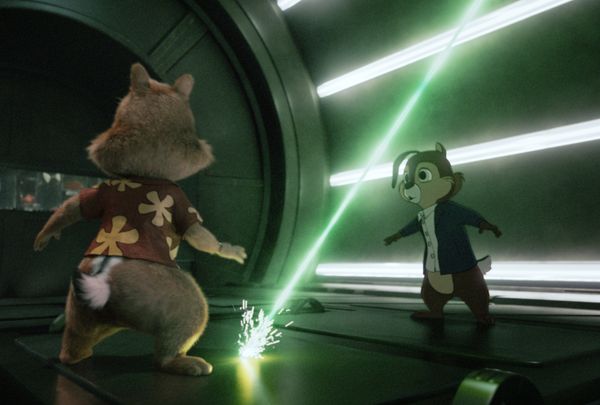 Dale (voiced by Andy Samberg) and Chip (voiced by John Mulaney) in "Chip N' Dale: Rescue Rangers" (Disney)As the chipmunks embark on their latest adventure, the movie — which was directed by Akiva Schaffer and written by Dan Gregor and Doug Mand — satirizes Hollywood and reboot/revival culture through the actions and attitudes of Chip and Dale (the former is against a reboot, while the latter is always trying to drum up interest), but it also makes excellent use of razor-sharp sight gags with posters and billboards for movies like "Fast & Furious Babies," "Batman vs. ET,"  and "Lego Misérables."

It doesn't take much to imagine a Hollywood executive greenlighting the Fast Saga franchise's version of "Muppet Babies" or "The Boss Baby," or perhaps even giving it the "Look Who's Talking" treatment. After all, Netflix has already released six seasons of the teen-centric animated series "Fast & Furious Spy Racers," while the popular film franchise has gone to space and convinced both Dame Helen Mirren and EGOT winner Rita Moreno to appear. The idea that babies could take the wheel next feels ridiculous and yet somehow also within reason. Meanwhile, "Chip 'n Dale: Rescue Rangers" quickly pays off on its excellent "Batman vs. ET" gag by actually treating us to a scene in which everyone's favorite Reese's Pieces-loving alien forgives Batman, to which the terse Caped Crusader replies, "Fine."

These jokes ... hold a mirror up to pop culture and our own revival-obsessed society, and they are all simple but exceptionally well done.

The film – which also features the voices of original "Rescue Rangers" actors Tress MacNeille and Corey Burton in addition to J.K. Simmons, Keegan-Michael Key and Dennis Haysbert – is jam-packed with relatively lowbrow, low-stakes humor, but it's executed at a high level. Take, for instance, the appearance of Ugly Sonic (Tim Robinson), the 2020 version of Sonic the Hedgehog who had realistic teeth and who the internet criticized mercilessly until the studio agreed to redesign the character. You don't need to know the background to understand why he's doing the convention circuit now (but it certainly does elevate the joke).

And when the movie takes shots at the motion-capture animation style of the mid-2000s by taking a trip to the (Uncanny) Valley and referencing the disturbing "Polar Express" eyes of a Viking (Seth Rogen) animated in the same style, you don't have to place the reference to be able to laugh or understand its truth. 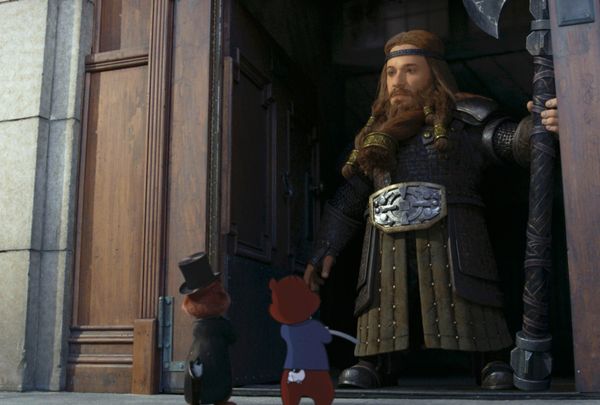 And when you look back at the films that have been nominated for and won the Emmy for Outstanding TV Movie in recent years, it stands head and shoulders above the rest (and we're not talking chipmunk height here). The writing is sharp; the use of various animation styles is worthy of achievement, not just admiration; and it's one of the most creative and enjoyable films we've seen in a long time. But perhaps the most important thing the film has going for it this Emmy season, is that it's a film about Hollywood, and we all know there's nothing Hollywood loves more than patting itself on the back.