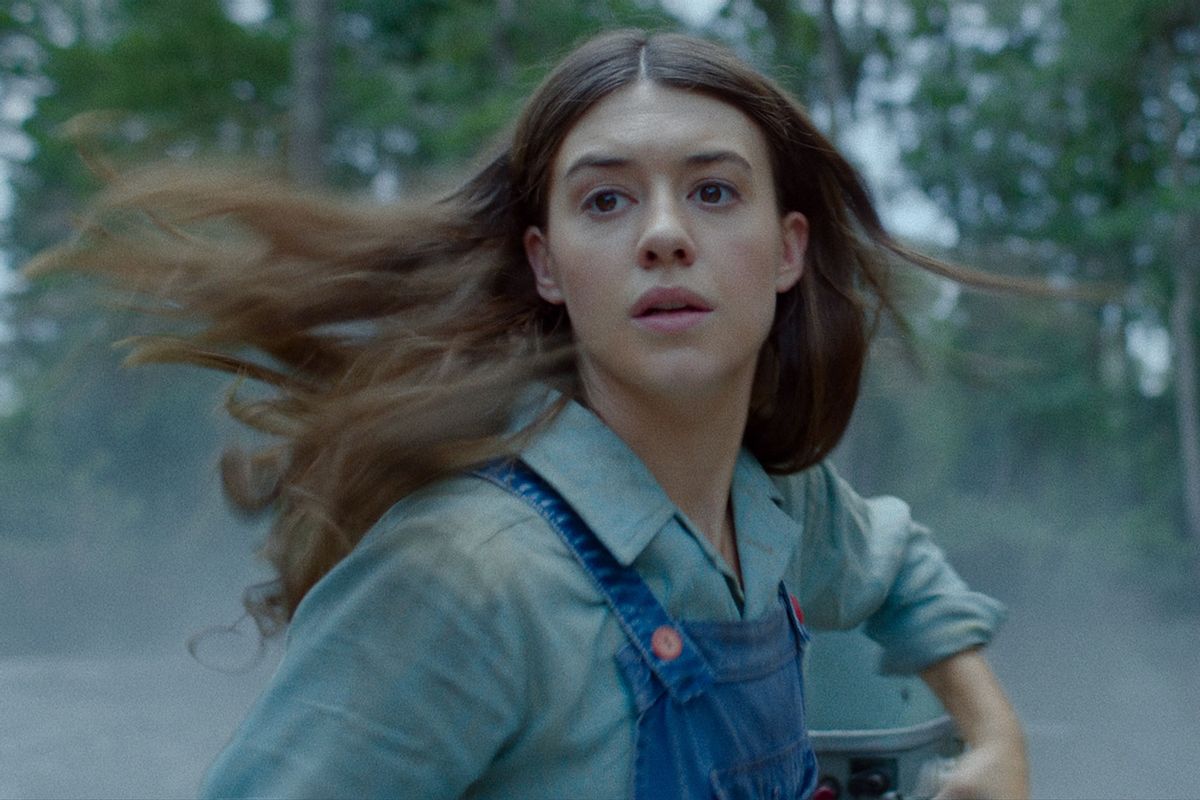 Kya (Daisy Edgar-Jones) in "Where the Crawdads Sing" (Sony Pictures)
--

For those unfamiliar with the bestselling novel, "Where the Crawdads Sing" by Delia Owens — this stupefyingly bad big screen adaptation plays out as if Nicholas Sparks rewrote "To Kill a Mockingbird" and took out all the racial elements.

The crawdads don't sing, but Taylor Swift does.

The film is so blandly directed one might think it was made by Ron Howard. The blame belongs to Olivia Newman, who has no sense of pacing. The editing is clunky as the story jumps around in time. The performances are painfully earnest. The story involves a murder, but the subsequent courtroom scenes have no tension. The love triangle that develops has no passion. And the crawdads don't sing, but Taylor Swift does.

The film is set in (the fictional) Barkley Cove, NC, in 1969. Kya (Daisy Edgar-Jones) explains, "The marsh is not a swamp," and, "The swamp knows all about death." She is "The Marsh Girl," a young woman who was abandoned by her family; her father (Garrett Dillahunt) was abusive and drove her mother and siblings away before he himself left. Kya is a preteen who lives alone in the marsh, mostly drawing shells, insects, and other images of nature.

The film opens with some kids finding the corpse of Chase Andrews (Harris Dickinson). Kya, who has barely been introduced, is suspected of his murder (and presumed guilty) because she is the local outsider. Fortunately, Kya does get the sympathy of Tom Milton (David Strathairn) a lawyer who comes out of retirement to defend her. Strathairn plays Tom less like a stoic Atticus Finch and more like stammering Jimmy Stewart. His "aw, shucks" quality is oddly exasperating. Tom claims he wants to "get to know" Kya, so he can keep her off death row, and so, the film recounts her story.

"Where the Crawdads Sing," jumps back to 1953 to Kya as a child (Jojo Regina) who is neglected and abused as well as teased when she goes to school barefoot and unkempt and can't spell "dog." She does get some kindliness from the Black couple, Jumpin (Sterling Macer Jr.) and Mabel (Michael Hyatt) who run a local store. They give her shoes, encourage her to pursue an education, and generally look out for her. At one point, Social Services asks Jumpin about Kya, but that plotline is dropped never to be raised again. It is uncanny that Jumpin and Mabel do not age during the film's primary time period, 1953-1969, nor do they seem to encounter any racism despite being the only Black people in the film.

The film toggles haphazardly back and forth to the courtroom (some viewers may experience whiplash) where Kya is on trial. Testimony and evidence are presented against "The Marsh Girl," such as red fibers, which may be a red herring, but Tom Milton refutes it all shrewdly.

Newman's direction is so sluggish the film never finds its rhythm.

The main narrative focuses on Kya's love for Tate (Taylor John Smith) who brings her feathers and teaches her to read. Their budding relationship is depicted in a montage so insipid one's eyes might glaze over. As Tate talks about a tragedy in his past, leaves start swirling in the wind and the couple kiss in a Big Romantic Moment. It is obvious that director Olivia Newman wants this to be the swoon-inducing lovers-kissing-in-the-rain scene from "The Notebook." Instead, viewers may fall down in fits of unintentional hysteria.

And while Tate is enough of a gentleman — he cares too much for Kya to have sex with her — he does break her heart when he leaves to go to college. More damaging, he breaks his promise to reunite with her one July 4th. Kya, having put on lipstick and a fancy dress for Tate's return, is despondent in a way not seen since the original "Stella Dallas." And, as if the despair wasn't already apparent enough, Kya voices her disappointment about her "heart pain" seeping away like water and sand. Cut to an image of water and sand as if Newton wasn't sure audiences could get the metaphor. 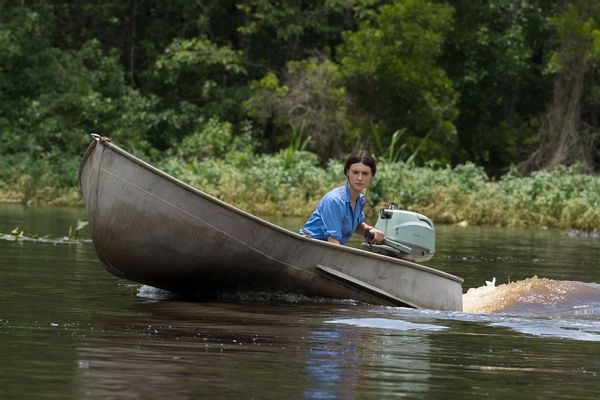 Kya (Daisy Edgar-Jones) in "Where the Crawdads Sing" (Sony Pictures)

"Where the Crawdads Sing" often spoon-feeds viewers everything they need to know with oh so tender voiceovers, dialogue, and images that simply overstate the obvious. For the many viewers who have read the book, there are no real narrative surprises (including the big "gotcha" twist). But surely the story could be told in a way — say, linearly — that would inject this overheated melodrama with some desperately needed dramatic impact. Newman's direction is so sluggish the film never finds its rhythm.

It is a shame the film shoehorns so much of the book into two hours. It might have been better developed as a miniseries, where it could explore or at least develop its ideas and characters. The film only really scratches the surface of any of the critical issues raised, such as women's domestic and sexual abuse. Kya is nearly raped in one scene, and declines to discuss it with the authorities because she feels her claim will not be believed or supported. The final 10 minutes of "Where the Crawdads Sing" covers so much time so fast it is dizzying. But at last, Mabel ages!

Newton's focus on the murder case and Kya's two romances dilutes the arguably more interesting story of a young, independent woman getting an education and eking out life on her own.

The performances are also distracting. Daisy Edgar-Jones seems entirely miscast here. She is completely unconvincing as a "wild" young woman whom everyone thinks is "trash." Her wide eyes convey disbelief at every opportunity, and it just seems like her default expression. When young Kya looks back at Mabel through the window in the store's door, having just been treated kindly, it provides the film's only poignant moment. When the adult Kya angrily glares at Tate or Chase it feels empty.

Moreover, Edgar-Jones has little to no chemistry with either of her male costars. Both Taylor John Smith and Harris Dickinson may look like they stepped off the pages of an Abercrombie and Fitch catalog — Kya apparently has a type — but both actors give lazy performances. That is forgivable with Smith, who is playing the genuinely nice guy, but Dickinson, who is usually magnetic on screen, oddly lacks charisma here, which is fatal.

Strathairn and Dillahunt border on doing some scenery chewing, but it may be that Newton does not trust them to underplay. As Jumpin and Mabel, Sterling Macer Jr. and Michael Hyatt play virtuous well.

"Where the Crawdads Sing" is disappointing adaptation. It is very much like a swamp: tepid and unmoving.

"Where the Crawdads Sing" is in theaters July 15. Watch a trailer via YouTube.