Steeped in nostalgia, the cherished, diminutive pasta is bolstered by a particularly fervent loyalty & devotion 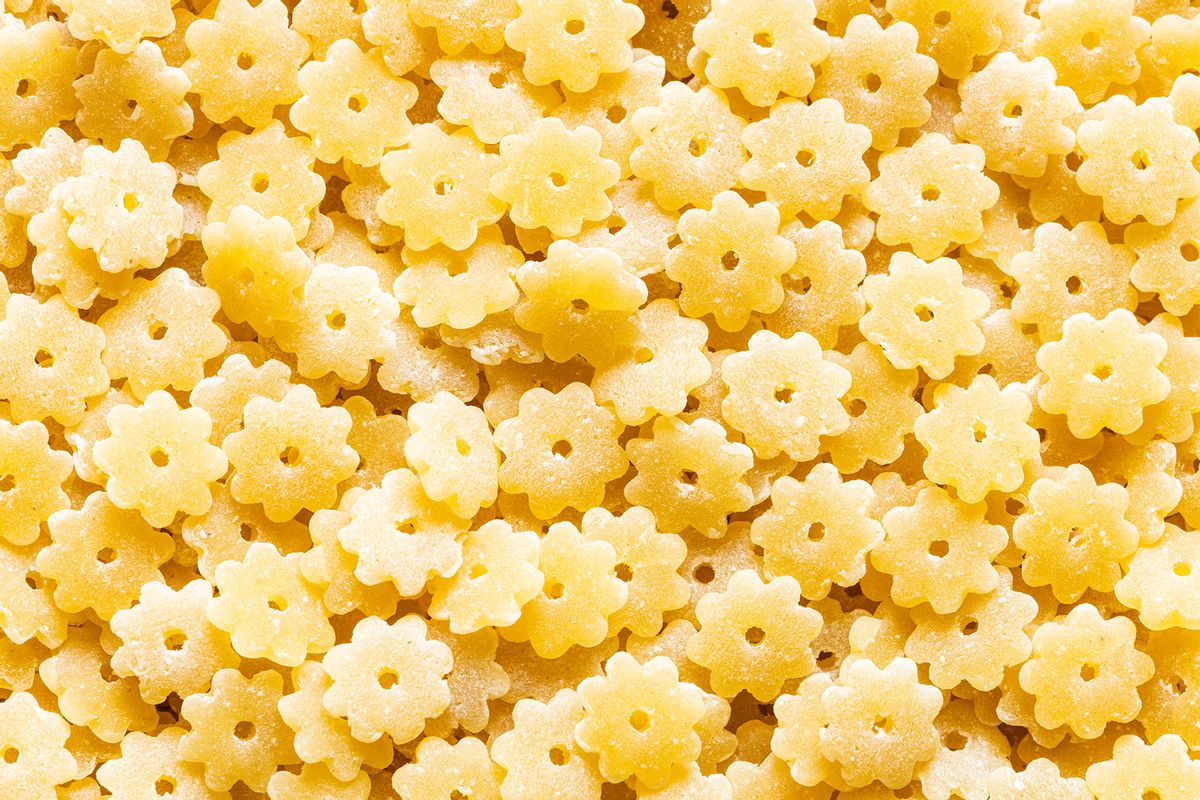 As you've most certainly heard or read, there was a true upheaval last week, with much gnashing of teeth and uproar over a topic that is held very dear for many, especially throughout one particular community. For a sizable amount of people, this was a seismic shift.

Was this in regards to some sort of political scandal? Was a cherished TV show canceled? Did a fast food chain swiftly remove a fan favorite item?

No, rather Ronzoni announced that they'd be discontinuing their iconic, feverishly beloved pastina this year.

Is lasagna the unimpeachable victor of Italian-American comfort food?

While it is a panacea and source of comfort, ease and convenience for many, the Italian-American and Italian communities were particularly struck by this.

According to TODAY, "Italian for 'tiny dough,' five-pointed, star-shaped pastina was the smallest shape the company made." In their January 3 tweet, Ronzoni wrote, "we hear you and greatly appreciate your love for Ronzoni Pastina. After extensive efforts, we regretfully announce that Ronzoni Pastina is being discontinued. This wasn't a decision that we wanted to make."

The company continued: "Unfortunately, our long-term supplier informed us that they would no longer be making Ronzoni Pastina as of January 2023. We searched extensively for an alternative solution but were unable to identify a viable option to make Pastina in the same beloved small, shape and standards you have come to expect from Ronzoni."

Clearly, the discontinuation was by no means to due to a dearth of sales, interest or support.

As Jelisa Castrodale writes in Food & Wine, there are actually multiple petitions on both Petitions.net and Change.org pleading for the pastina to be reinstated.

As written by Celia Mattinson in Bon Appetit, "pastina literally means 'little pasta' and can refer to any number of miniature pastas, but Ronzoni, founded in 1915 by an Italian immigrant, helped to mainstream the star shape found in pasta bowls across the US." She later describes the pasta shape in a beautiful way: "scraps of dough rendered celestial."

As people flock to stores, ravenously purchasing entire shelves of pastina in hopes of shoring up, I thought it'd be interesting to delve into what exactly has caused people to have such a deep, tremendous loyalty to the minuscule pasta.

Truthfully, pastina wasn't ever really a staple in my household. However, I know the significance it holds for so many. This was soon especially evidenced after I posted a quick tweet and Facebook status, asking what about pastina did you hold so dear? What about your family's usage of it evokes such a deep, emotional response?

This opened the floodgates. I was soon overwhelmed with responses galore: some were essay-length, some were lyrical, some were poetic, some were one-sentence, some were recipe-driven, some were nostalgia-focused, but they all focused on one, unifying thing: pastina means a lot to a lot of people (and prompts many references to cheese, butter and the term "Italian penicillin").

So, instead of editorializing the diminutive noodle, I thought I'd let its most ardent dependents and adherents — whose responses I collected via my Facebook and Twitter — discuss its virtues.

For many, including Danielle Sepulveres, pastina was the quintessential sick day food.

"They're discontinuing it??!" she wrote via Twitter. "This is so upsetting. I've had stomach issues my whole life and there were times it was the only thing I could eat. First thing I learned how to cook as a kid after scrambling an egg."

Jane Healey echoed this sentiment via Twitter: "Oh no! I was brutally ill for a month my senior year of college and when I could finally eat it was the only thing that tasted good."

"Pastina is the cure for any cold, sore throat or sniffle," Ali Abene Dahlhaus wrote on Facebook. "My great grandma's was perfect to me. I like mine a bit soupy with a lot of salt and butter. Until I got older, I never even knew there was an egg in it, too!"

Via Twitter, Liz Saraceno wrote that pastina with chicken broth, fresh parsley, salted butter and Parmesan cheese "was a staple if you were home sick" in her household. It was also the "first real food" to which she and her siblings were introduced as babies — which was also a common refrain from customers who were disappointed regarding pastina's discontinuation.

"Ronzoni pastina was the go-to sick food all my life, and the first macaroni we give to the babies (and afterwards one can find pastina in the hair, in the ears, in the diaper, and somehow between toes)," a Twitter user wrote. "Very upset about this."

Fran Cornetta shared on Facebook that pastina was the "transition from liquids to solids" for her and all the bambini in her family.

"In fact, I'm fairly certain a box or two was always in our pantry," Cornetta wrote. "My cousins and I basically started off eating pastina before we graduated to larger pasta and sauce. It's so tiny and there's little chew involved."

Given pastina's place in many customer's childhoods — from infancy to sick days — it's no wonder that the nostalgia surrounding it is so potent, something that Rose Nagle encapsulated in a Facebook comment.

Caity Korn similarly wrote that pastina is a tradition in her family that still transported her to childhood and being cared for by parents and grandparents.

"Pastina is a family tradition [which] transports you to childhood [and] being cared for by parents, grandparents or the like … It was never about the menu but the memories made," she wrote. "When I want to visit those loved ones that are no longer physically here, I revisit them over a dish that is now memorialized."

It's the kind of comfort food that was also readily accessible to many, regardless of their background. In a Facebook comment, Catherine Martorell detailed how she grew up poor and how pastina was "the only solitary item that was kept in the house at all times."

"[It] was considered a 'depression meal,'" she wrote. "Grew up on this and loved it."

Of course, it should also be noted that this adoration is by no means limited to strictly Italian and Italian-American populations; in fact, my Twitter and Facebook responses also involved specific mentions invoking relatives of Polish and Argentinian/South American descent, again displaying the universality of the beloved ingredient.

If it's not clear by these heartfelt renderings and narratives, this small, humble pasta really means something remarkable to quite a swath of people.

Yes, yes, as many have noted, pastina is not gone forever and always, as many other brands carry it. But there's something speical about Ronzoni pastina, the box, the actual pasta itself and the bowls and bowls of comforting pastina-forward dishes that have satisfied and enriched families when loftier, heavier or more expensive meals were not possible or desired.

There's a tenderness, a softness and a familiarity inherent in the pasta: people trusted pastina to satiate their babies, to soothe their aching stomachs, to get them through a particularly rough time.

There's a tenderness, a softness and a familiarity inherent in the pasta: people trusted pastina to satiate their babies, to soothe their aching stomachs, to get them through a particularly rough time. If anything, this discontinuation has distilled and helped further crystalize a truly uniting theme and tradition across communities, regions and age, no matter how the pasta is prepared (this Twitter user even mentioned using ketchup).

Last week, my friend texted me a picture of a box of Ronzoni pastina, saying she was "going to see what all the rave is about." Hours later, she replied "Oh yes. That was delightful." And that about sums up the whole affair, does it not?

So while there are still some on shelves, why not go pick up a few boxes and whip up a quick, easy dinner — it'll be easy on your wallet, easy on your tummy and a simplistic way to tether you to generations and generations of pastina lovers who've been wooed by the tiny pasta's modest charm and accessibility.