7 new shows worth looking out for, from "Fatal Attraction" to "American Born Chinese"

With so many new dramas and comedies crowding the schedule, a few lookers stood out at the recent Winter TCA tour 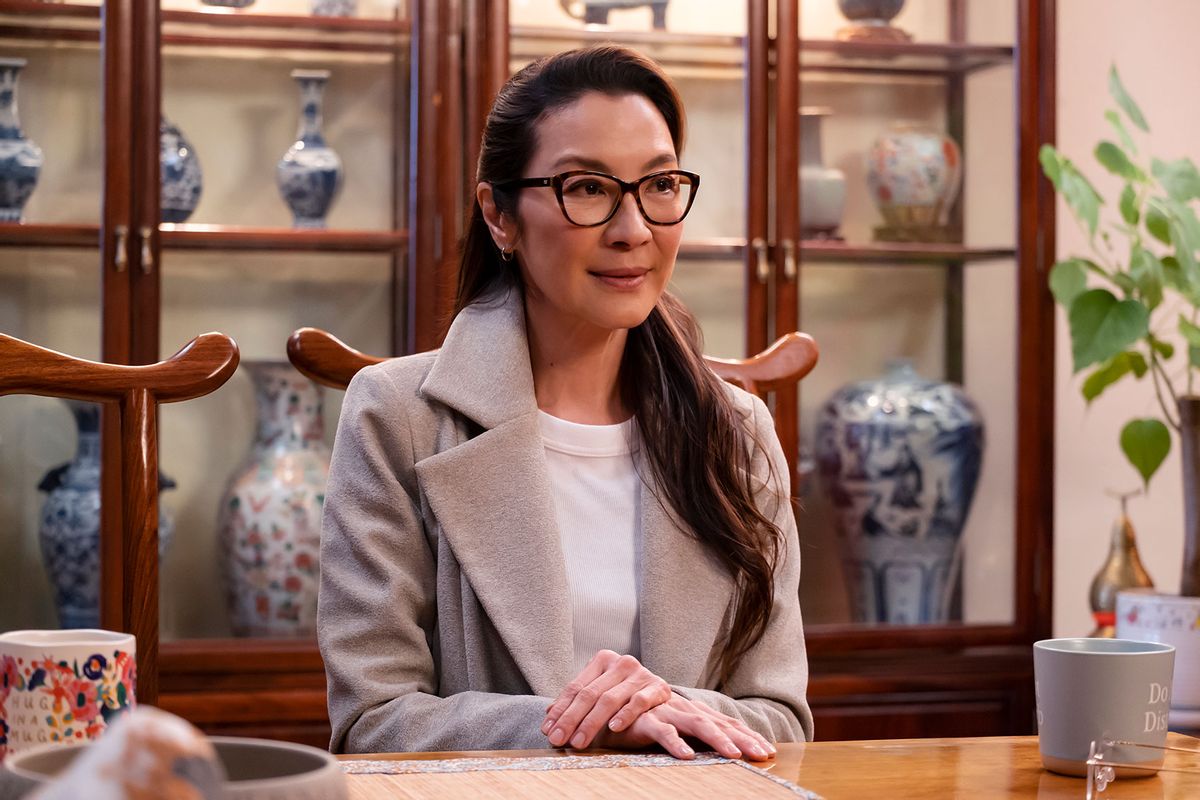 There is no such thing as a lighter midseason anymore in the world of TV. Quite the contrary. The coming months bring a colossal amount of premieres, including those for returning shows and new ones. Nobody can possibly watch them all, but the 10-day Television Critics Association Winter Press Tour, which took place in Pasadena, CA., enabled us to see a healthy selection of what's on their way to our screens. Better still, journalists covering it had an opportunity to question the creative minds behind each show – and the answers they give can often provide clues about a show's quality and longevity.

Granted, several sell themselves by dint of who's starring in it. "Better Call Saul" viewers jonesing for a fresh Bob Odenkirk fix are going to show up for AMC's "Lucky Hank" regardless of what the critics say. (It's good, in case you were wondering.)

Ditto for Peacock's "Poker Face," the road-trip noir from "Glass Onion" creator Rian Johnson, starring Natasha Lyonne. If the only thing people knew about Apple TV+'s "Shrinking" was that it pairs Harrison Ford with Jason Segel, that would be enough. Knowing that "Ted Lasso" star Brett Goldstein created the comedy should be enough to persuade fence-sitters.

Star power is a powerful gravitational force. But so is familiarity, as is the case with Hulu's extension of Mel Brooks' classic with "History of the World, Part II" and FX's continuation of Raylan Givens' adventures with "Justified: City Primeval." And if you've heard of "The 1619 Project" but haven't read it, Hulu's not-to-be-missed adaptation crafted by the Pulitzer Prize-winning project's creator, journalist Nikole Hannah-Jones, debuts Thursday, Jan. 26.

With those noted, here are a handful of other new shows you shouldn't pass up. 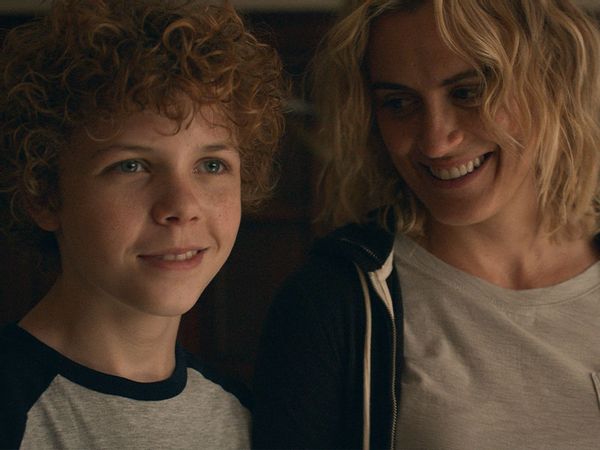 Catharsis seems to be in fashion among this spring's new dramas. But this expressly pushes us to weep openly, early and often. Unsurprisingly, it comes from "Parenthood" creator Jason Katims, who reunites with "Friday Night Light" star Connie Britton for this adaption of a bestseller by Ann Napolitano.

Britton and Taylor Schilling may be the known factors here, but the show's magnet, and great discovery, is Colin O'Brien's sensitive rendition of a 12-year-old boy and sole survivor of a plane crash. His character, Edward Adler, becomes the focal point of a network of grieving people directly affected by the crash or inspired by the miracle that he lived. 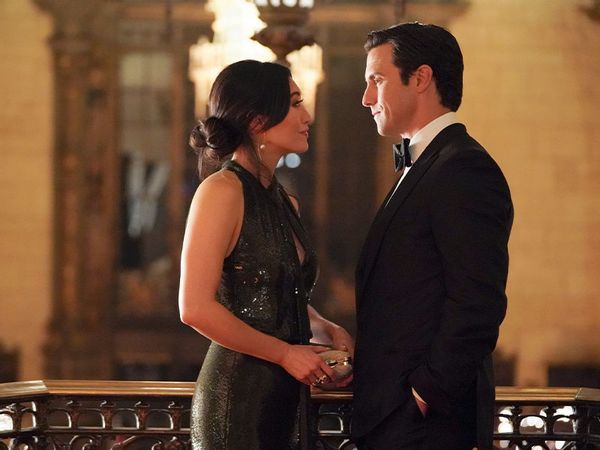 How do you follow up six seasons of playing American television's favorite (dead) dad? If you're "This Is Us" star Milo Ventimiglia, you jump from that heartwarming family drama into the shoes of Charlie Nicoletti, a world-class con man, and heartthrob.

However, Ventimiglia assures fans that this new role isn't about "getting away from Jack . . . [it] let me stretch into something new creatively."

Although this show gives off some serious "Out of Sight" levels of chemistry and enabled Ventimiglia to coax out his inner Clooney, it's based on the Korean drama "My Fellow Citizens" although the circumstances are similar: Ventimiglia's Charlie sparks a hot romance with Emma (Catherine Haena Kim), an undercover CIA agent, without either realizing the truth about who they're sleeping with.

However, the show's executive producer Julia Cohen stresses that their affair is simply one aspect of the complex story they're trying to tell. "We liked the idea of imagining sort of the Asian American Kennedys . . . in D.C. and Emma as the kind of the black sheep of that family," she said. 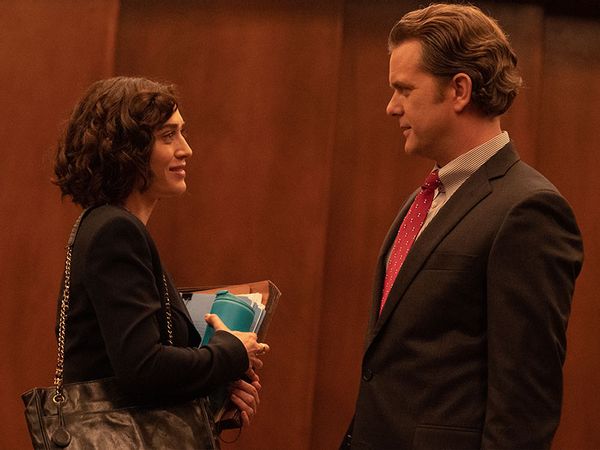 More than 35 years after the movie made unhinged mistress Alex Forrest an iconic stereotype and cemented Glenn Close's stardom, "Dirty John" creator Alexandra Cunningham invites us to reconsider the story from a modern lens.

By expanding Alex's profile through Lizzy Caplan's portrayal, along with that of Dan Gallagher (Joshua Jackson) and his wife Beth (Amanda Peet), Cunningham told reporters that her version of the story is "about entitlement and midlife crisis and how some of the sausage gets made in our broken justice system, Cluster B personality disorders, isolation, fathers and daughters, and murder."

"I find it very difficult to watch the film in the way that I originally watched it, which is . . .the '80s audience sees this as a very binary, black and white, villain-versus-hero story," Caplan observed. "If you watch the movie again, I find it very, very difficult to see Alex as a straight villain, to not ask yourself the question as an audience member, like, 'Well, what's going on with her? And also, what about consequences for him?'"

Silver Tree's directing aids in ensuring that a woman's point of view drives this story, which in 1987 was shot by Adrian Lyne, from a screenplay written by another man, James Dearden. 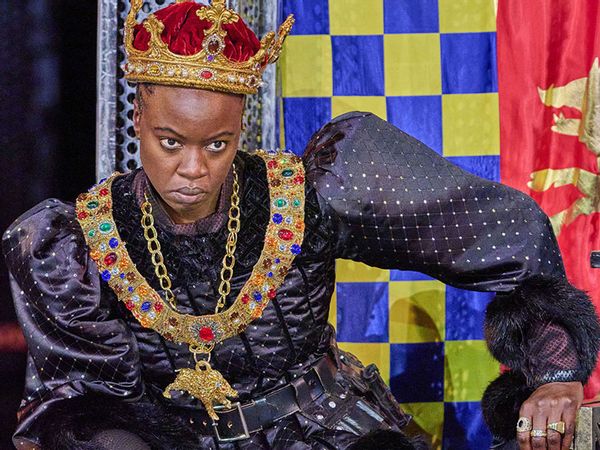 Danai Gurira in Shakespeare's "Richard III." (Photo by Joe Sinnott)
Actor and playwright Danai Gurira continues to prove she can do anything with her muscular embodiment of what may be Shakespeare's greatest villain. This filmed edition of The Public Theater's Free Shakespeare in the Park production was directed by Robert O'Hara ("Slave Play") and employing a highly inclusive cast, demonstrates the Bard's universal accessibility.
"I think, to both Danai and myself, that it doesn't just start with me casting her as Richard III but that making the world of the play feel like it reflected the world that we live in, in a way," O'Hara explained to critics.  "For other people to see someone in a wheelchair or to see deaf actors or a smaller statured actor is exciting because it reflects who they are and also opens up the space of what Shakespeare is."
05
"A Small Light," Disney+ and National Geographic Channel. Premieres this spring 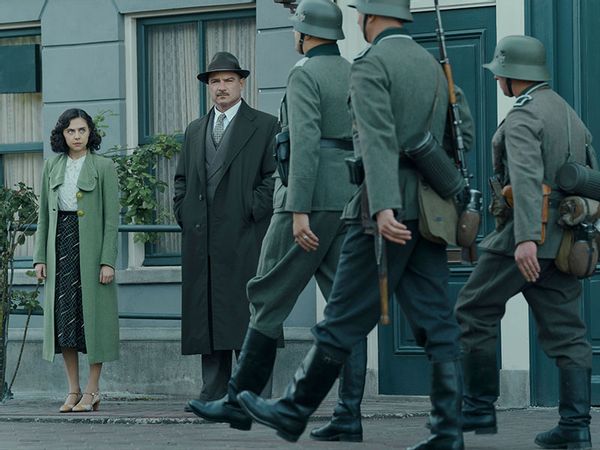 Bel Powley and Liev Schreiber in "A Small Light." (Courtesy of NatGeo)

There have been many examinations of Anne Frank and adaptations of her story through her diary. Less has been dramatized about Miep Gies, the young employee of Anne's father Otto who hid them from the Nazis and kept their secret for more than two years. Bel Powley and Liev Schreiber breathe life and tenderness into Miep and Otto's partnership, and Powley ennobles Miep with a range of emotions including a plausible measure of humor.

Creators and showrunners Tony Phelan and Joan Rater sought to write all of their characters in a way that balances their commonness with their bravery. Powley says she marveled at knowing that before she risked her life to hide the Franks and a few others. "She was a party girl.  She loved dancing . . . she was a frivolous, fiercely independent young woman, and I related to all of those attributes about her," the star said.

She added, "What I loved about this story and this script from when I first read it is that Miep is an ordinary person who ended up doing an extraordinary thing." 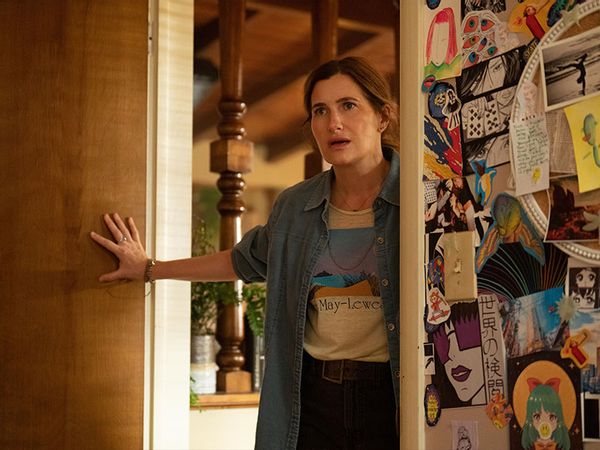 "Little Fires Everywhere" showrunner Liz Tigelaar returns with this adaptation of Cheryl Strayed's book based on her contributions to the Rumpus' advice column Dear Sugar. Strayed is an executive producer on the project, but what makes it sparkle is Kathryn Hahn's performance as Clare, a struggling writer whose takeover of the Sugar mantle inspires her to look within.

Tigelaar grappled with the challenge of creating something unique from a book that's already been adapted as a play and a podcast and found the story's guideposts in a universally relatable place.

"I think there's a difference between being messed up and being a mess," she said. "We brought our own messiness, and that was what I think everybody drew from as artists.  And that's, to me, what made it so deep and brave and powerful." 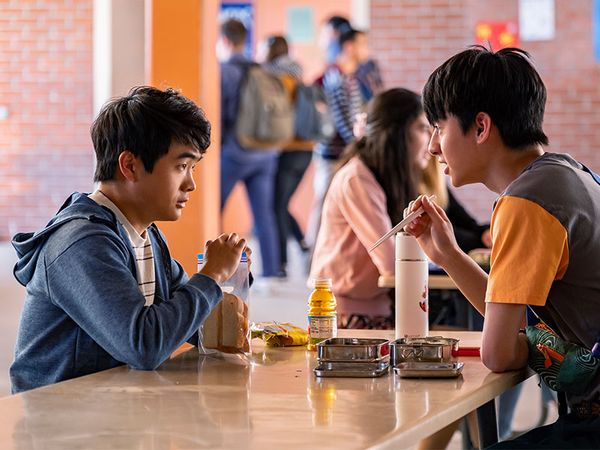 The year of Michelle Yeoh continues with Disney's adaptation of Gene Luen Yang's graphic novel about Jin Wang (Ben Wang), an average teen who finds himself caught up in an adventure involving the gods of the Chinese pantheon, including Yeoh's Guanyin, the Goddess of Mercy.

"When you're casting that role – and American audiences may not know that, like, it's sort of like casting the Queen of England or the Great Gatsby or something – you need somebody that has that kind of weight," explains showrunner Kelvin Yu. "And I don't know that there's anybody more than Michelle Yeoh who can enter a room and you're like, 'Yeah, that's a goddess. I just totally believe that's a goddess.'"

As if that weren't enough of a divine reason to tune in, the show is also an "Everything Everywhere All at Once" reunion thanks to Ke Huy Quan's appearance as 1990s sitcom favorite Freddy Wong.