The case for nobody: Our favorite Oscar host is the one who isn't there 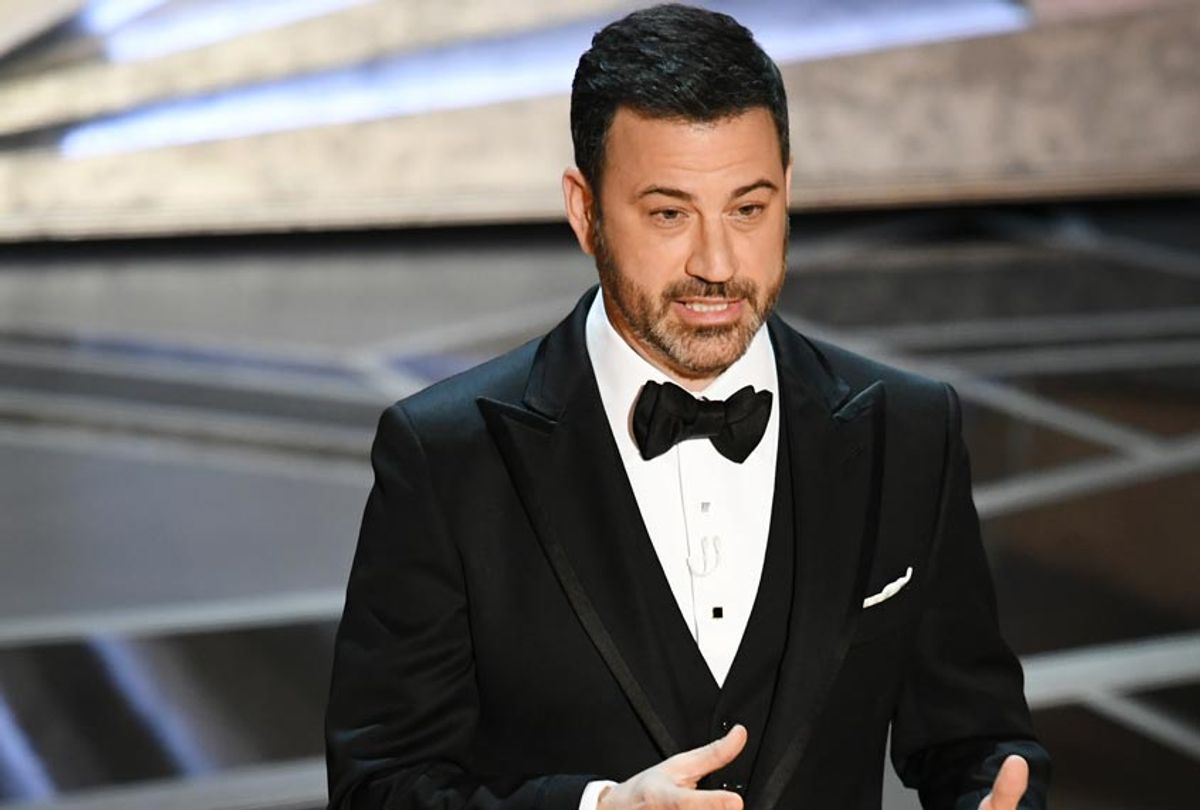 An Oscar host is like an appendix. Unnecessary at best, a source of searing abdominal pain at worst.

After the garbage fire of Kevin Hart's appointment as host for the 2019 awards — and withdrawal from the role a mere six hours later — it was unsurprising that the Academy decided this year to go entirely without a master of ceremonies. Hart's reversal had come on the heels of an outcry over his past homophobic jokes on Twitter, behavior he apologized for in his announcement about stepping down. That whiplash about-face soon left fans, critics and the Academy itself wondering if a suitably entertaining but uncontroversial choice for the role could even exist in our current controversy-fueled climate. (Neil Patrick Harris can't be everywhere, nor for that matter does he make a sensational host.) Besides, at this point, who would volunteer for such a potential crapstorm? In January, when Chris Rock spotted a fellow former host in a New York restaurant, he spoke for a multitude when he said, "Steve Martin, you should host the Oscars! You were the best. I'm not doing it! You're not getting me."

Instead, the Academy ultimately decided that the person for the role would be . . . nobody. Even without an Internet presence, "nobody" still immediately raised eyebrows. The last time the Oscars went in this direction, after all, the result was the legendarily terrible 1989 broadcast. I am old enough to remember watching that particular broadcast, and I'd like to go on record that Rob Lowe doing a duet of "Proud Mary" with Snow White was a profoundly weird moment, even for the '80s. The resulting fiasco ultimately torpedoed the career of the event's producer Alan Carr, who had vowed before it aired that the show would be the "antithesis of tacky." Maybe he should have consulted his word-of-the-day calendar more closely, because antithesis it was not.

The intervening three decades have brought a variety of Oscar hosts to the party. Some have done an acceptable job in a challenging role, but you'd likely be hard pressed to name one who could be described as indispensable. Billy Crystal — who's managed to steer the show an impressive eight times — will be either remembered for taking an amusing opening medley concept and beating mercilessly it to death, or for doing a blackface bit in the year of our Lord 2012.

And what of the other hosts? It's been 25 years, and David Letterman is still living down his surreal "Oprah-Uma" moment, a gag that assured his stint as an Oscar emcee was a one-time thing. An attempt to bring youth and vivacity to the proceedings resulted in the negative chemistry experiment that was Anne Hathaway and James Franco in 2011. (Apparently, the producers had learned nothing from failed buddy comedy pairing of Steve Martin and Alec Baldwin in 2010.) And six years ago, Seth MacFarlane secured his place as worst host ever from the moment he did a song and dance about seeing the breasts of an array of respected actresses. The number included nods to the nudes hacked from Scarlett Johansson's phone, and cinematic scenes of brutal gang rapes. Who could forget a lyric like, "Jodie Foster in 'The Accused,' Hillary Swank in 'Boys Don't Cry'?" Naturally, MacFarlane was rewarded with an invitation to return the following year.

Think of even the better hosts. This year's rumored secret host Whoopi. Jimmy. Steve, without Alec. Would any one of them rate more than a solid B- for the entertainment they provided over the course of their respective interminable evenings? The legacy of Ellen DeGeneres's two runs as host is a record-breaking … selfie. And after competently navigating the historic "Moonlight" upset in 2017, our Melanie McFarland praised Kimmel's return last year for the manner in which he "managed to win simply by not losing."

The larger problem, of course, is that the show itself is such a reliable ordeal. It's hard to please everybody when your intended audience is basically the whole world, watching a show in which millionaires congratulate themselves, operating in a system in which "BlacKkKlansman," "Roma," and "The Favourite" are assessed on the same plane. It's like having a competition between Serena Williams and Yo-Yo Ma. The result is a production that aspires to be funny but not too edgy, entertaining but full of gravitas, and without the Golden Globe wild card factor of freely flowing alcohol. This is why everyone who doesn't actually win an Oscar on Oscar night tends to wake up the following morning and assess, "Well, that was brutal." Yet our appetite for things that are simultaneously long and boring and low-key train wrecks always somehow returns with gusto again a year later.

Like being a substitute teacher or a Trump White House communications director, the role of Oscars host is built to be thankless and short-term. But it's also entirely optional. A few months ago, my colleague Erin Keane made the persuasive case that by going host-free this year, the Academy displayed "a disappointing lack of vision by assuming that the only choices left are Trump-obsessed late-night hosts or stand-up comedians with possible bad-joke skeletons littering their backlist." And the fact that two years into the #MeToo movement, Oscar still can't cough up a willing and acceptable woman (or pair of women!) for the job is not a great look.

But I'd argue that sometimes the best man for the job isn't necessarily a woman. Sometimes it's no one. In fact, I'd like more of the "no one" option, in more situations. Wouldn't you choose no one over someone who makes you tired and cranky? No One 2020! Submit to the void! After years and years of uninspired to downright offensive broadcasts, frankly, I'm more than ready to take a chance again on no one. Right about now, I think a chorus of Rob Lowe doing "Proud Mary" sounds like the best Oscars idea in a long time.