The truTV series isn't aspirational television, but that's precisely why we amateur crafters and cooks can relate 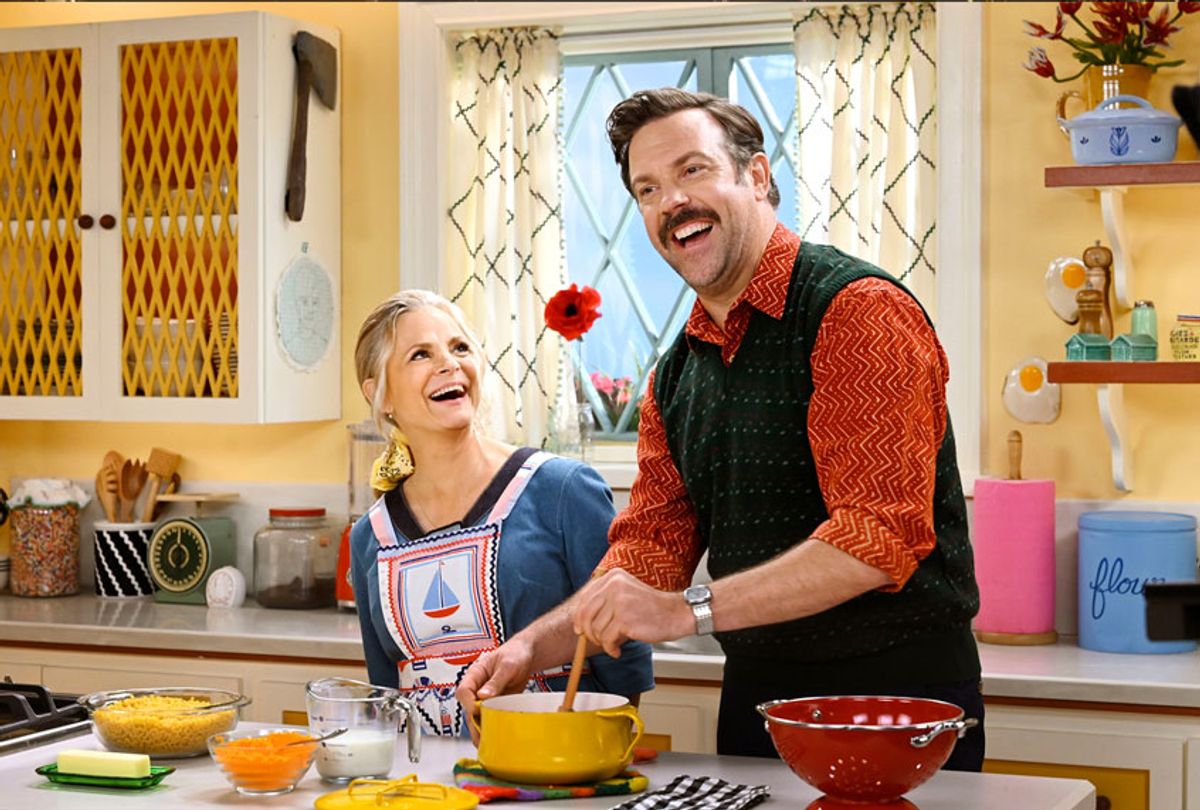 Since the pandemic started, many people have chosen to occupy their minds and manage their anxieties with domestic projects: banana bread, sourdough starter, #TheStew, #ThePasta (followed by the dramatic cancellation of both #TheStew and #ThePasta), Dalgona coffee, victory gardens,  Dalgona matcha, raising baby chickens.

There's something undeniably warm and wholesome about the trend towards what some would describe as "urban homesteading," but there's also something strange and vaguely futile about the whole thing, too. The world around us is the literal embodiment of that GIF of a flaming dumpster floating down a flooded street, and I spent last weekend's pent up energy making 72 babka knots for a virtual bake sale. Shopping at grocery stores is still an alien experience, you can only manage the contents of so many CSA boxes and the dishes don't do themselves.

And no show better speaks to the bizarre nuances of both the pressures of and escape inherent to domesticity than "At Home with Amy Sedaris," which is currently in its third season on TruTV.

Co-created by Sedaris and Paul Dinello, who also worked together on Sedaris's beloved "Strangers With Candy," "At Home" is an absurdist send-up of home entertaining programs, highlighting the fable of domestic perfection and gently ribbing those of us who buy into it.

Over the course of a half hour program — which often have incredibly specific themes like "cooking a fish dinner for businessmen" — Sedaris instructs viewers through a series of segments. She cooks, she crafts, she offers etiquette tips, she visits with her neighbors, many of whom also tangentially work in the hospitality industry.

It's as if Ina Garten had a break from reality, but continued to make "The Barefoot Contessa," replacing her beloved Jeffrey with Tony the Knife Guy. That said, it's not straight satire; Sedaris has actually written two relatively serious home entertaining books, "I Like You: Hospitality Under the Influence" and "Simple Times: Crafts for Poor People."

Most everything Sedaris makes on "At Home," in her vaguely retro pastel pink and avocado green studio kitchen, almost works, but there's always something that is just a little off. Like her miniature Christmas trees — decked with raw shrimp — or her "Greek placemats," made with Drachma and a boatload of double-sided tape.

Some of her other creations are just delightfully average, existing in a relatable realm found somewhere between the abject failures you'd see on "Nailed It" and the perfection of a Martha Stewart craft; it's a realm that most of the loaves bread I've baked during the pandemic, from sloppily braided challah to slightly gritty boule, ended up

But where Sedaris really subverts the average home entertainment program, to delightful effect, is in how she is consistently more emotionally revealing than your typical stand-and-stir host. Take the introduction to the "Confectionaries" episode.

"Sweet things play such a big part in our lives," she says in a bright tone. "We use them to celebrate birthdays, reward our children and to lure raccoons into snares."

Sedaris takes a breath and continues, just as cheerfully, "Sometimes we use them to console ourselves after a horrible break-up, those kinds of break-ups you never saw coming. You know, he had a problem with commitment so you tried to be cool about it."

At this point, she grabs a slice of cake, slathered with bright pink icing, and holds it in her hand. "Gave him plenty of space." She takes a bite, then another. "And then out of nowhere, he ends it so he can marry the woman you didn't know about, who is pregnant with his second child."

Swap in banana bread for the cake, and that scene — Sedaris murmuring, "I'm fine, I'm fine," over a baked good — is a big pandemic mood.

What also makes "At Home with Amy Sedaris" prime viewing right now is that it reminds one of the days when seeing your neighbors, and perhaps having them pop in, was a regular occurrence. Sedaris is always joined by a variety of guests and visitors like Michael Cera, Justin Theroux, Rose Byrne, Juliette Lewis, Ellie Kemper, and Fred Armisen.

And they seem all the happier after being entertained by Sedaris — even Michael Shannon (who has a pretty fantastic turn as a man who plays a war hero in the movies), and even after she makes them execute her bizarre rendition of a "game night."

While "At Home" pokes fun at the idea of domestic perfection, it doesn't deny that there is something joyful — maybe even lightly transformative — about cooking, crafting and entertaining. It just frames it in a different way, underlined by the understanding that engaging in all those activities should be a conduit for your creativity, just as this show obviously serves as that for Sedaris herself. It's not aspirational television in the typical sense, but we're not living in typical times and as "At Home" exists in a universe all its own, it's a cathartic escape from the current reality.

"At Home With Amy Sedaris" airs Wednesdays at 10 p.m. ET on TruTV. Seasons 1 and 2 can be streamed on HBO Max.