Hot fudge cake is an easy alternative to a restaurant classic 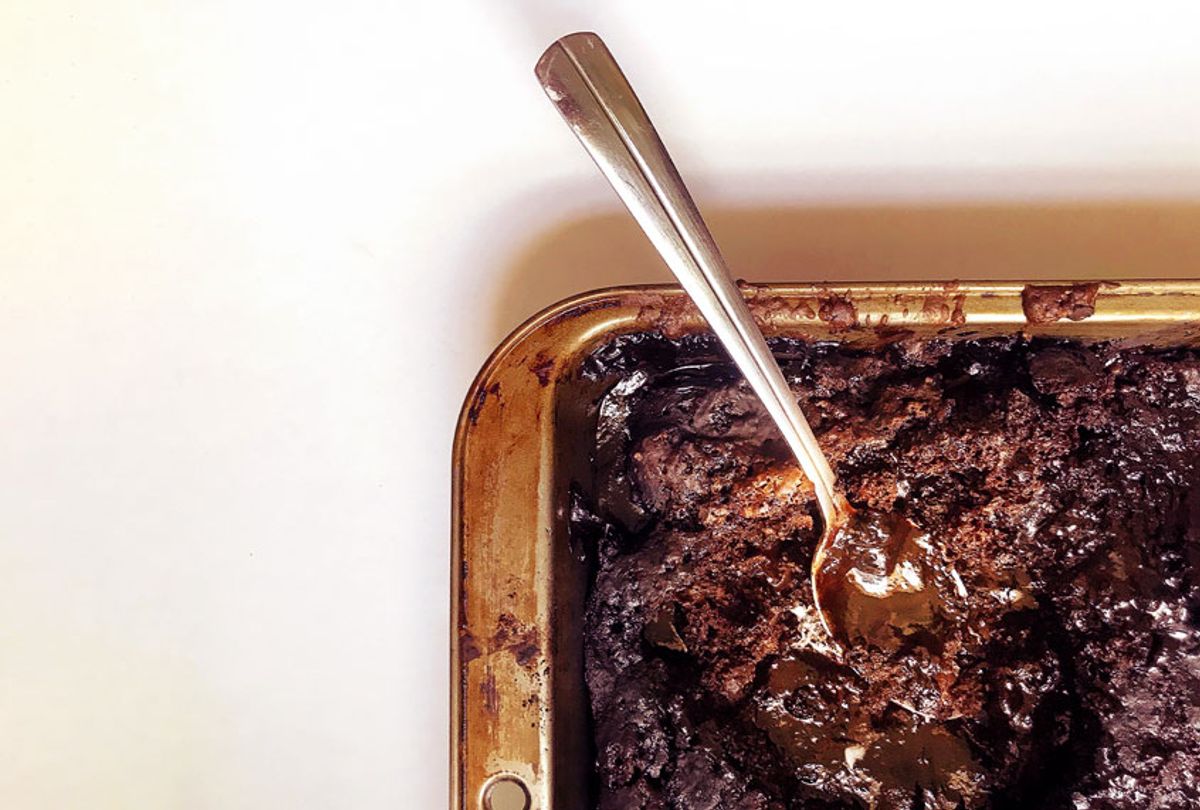 Certain dishes, you can understand why they fall out of favor. Anything called "Watergate salad" was destined to have a short shelf life, even if it wasn't made of pistachio Jell-o and crushed pineapple.

More recently, the practice of giving normal food a Lisa Frank makeover and calling it "unicorn flavor" already feels hopelessly 2017. But I'll never understand why perfectly good ideas — especially desserts — suddenly seem to be everywhere and almost as suddenly lose all their cool. Remember when there was a macaron shop opening on every corner, and you just knew that the bottom was going to drop out of the French cookie market? Or when you saw a "Triple Chocolate Meltdown" at Applebee's, and understood that the molten cake was officially over?

It had a good run, though. I first experienced the lava cake in the '90s, during an early friend date with a promising acquaintance. She won me over when she confidently ordered warm chocolate cake with her entrée, because, as she explained, it took 20 minutes to prepare. I decided right away this was a woman who a) planned for dessert and b) wouldn't waste our time going through the dainty ritual of wondering if we should "just look at the menu" and "get a little something to share." I asked the waiter to make it two warm chocolate cakes, and my go-to restaurant dessert was set from that day forward.

Legend has it that the dish began its life in the '80s, at the hands of the celebrity chef Jean-Georges Vongerichten. Back then — and for years after — it was the most seductive thing on any menu, an elegantly passionate response to cool, difficult, ubiquitous creme brûlée. Its allure was obvious. First of all, duh, it's chocolate. Second, there's an interplay of textures: that cakey exterior concealing a warm, fudgy inside, accompanied by an inevitable quenelle of ice cream.

Then came the backlash. Once Domino's starts putting your favorite fancy restaurant dessert on their menu, I guess it's somehow not special any more. A full seven years ago, Mark Bittman, observing the molten cake's fame, compared it to the Big Mac. And in the 2014 movie "Chef," Jon Favreau's character loses his cool — and his job — over the dish.

This is unfortunate, because it's not the cake's fault it got popular, any more than avocado toast ever did anything to deserve such scorn. Trends come and go, but it's OK to still love cupcakes, red velvet and things that are warm and chocolate. They're still delicious! And as Nigella Lawson once put it, cook what you want to eat — not what you want to be seen eating. So let's get down to basics — and make a little magic along the way.

The molten cake may evoke modern Gallic gastronomy, but the humble hot fudge pudding cake goes back even further. It has its origins in potlucks and church suppers. It's never been cool, so it can never be uncool. Instead, hot fudge cake is the sort of relaxed confection that could arguably fall under the unpromisingly named category of dump cakes — which is definitely not a phrase one finds on the menus of expensive restaurants, or even one's local Red Lobster. It is definitely what is known as a self-saucing dish, which means there is ACTUAL SCIENCE somehow involved.

The cake doesn't taste especially sophisticated, to be honest. I put my recipe together mostly via Hershey's, and the flavor is reminiscent of the brand's unassuming syrup. It contains cocoa powder, no eggs and only a small amount of butter; its secret ingredient is uh, water. Yet it is a somehow miraculous thing — reminiscent of a chic dessert served on a huge white plate with a swirl of raspberry puree, yet baked in a battered old pan while you're dishing out spaghetti dinner to your family. Yes, it still answers to the name of warm chocolate cake, with its distinct solid and liquid components. But it's something simpler, friendlier and exponentially less fussy. Served straight from the oven, with a messy blob of supermarket ice cream melting on top, it's sublime. And it'll never go out of style.

For the hot fudge