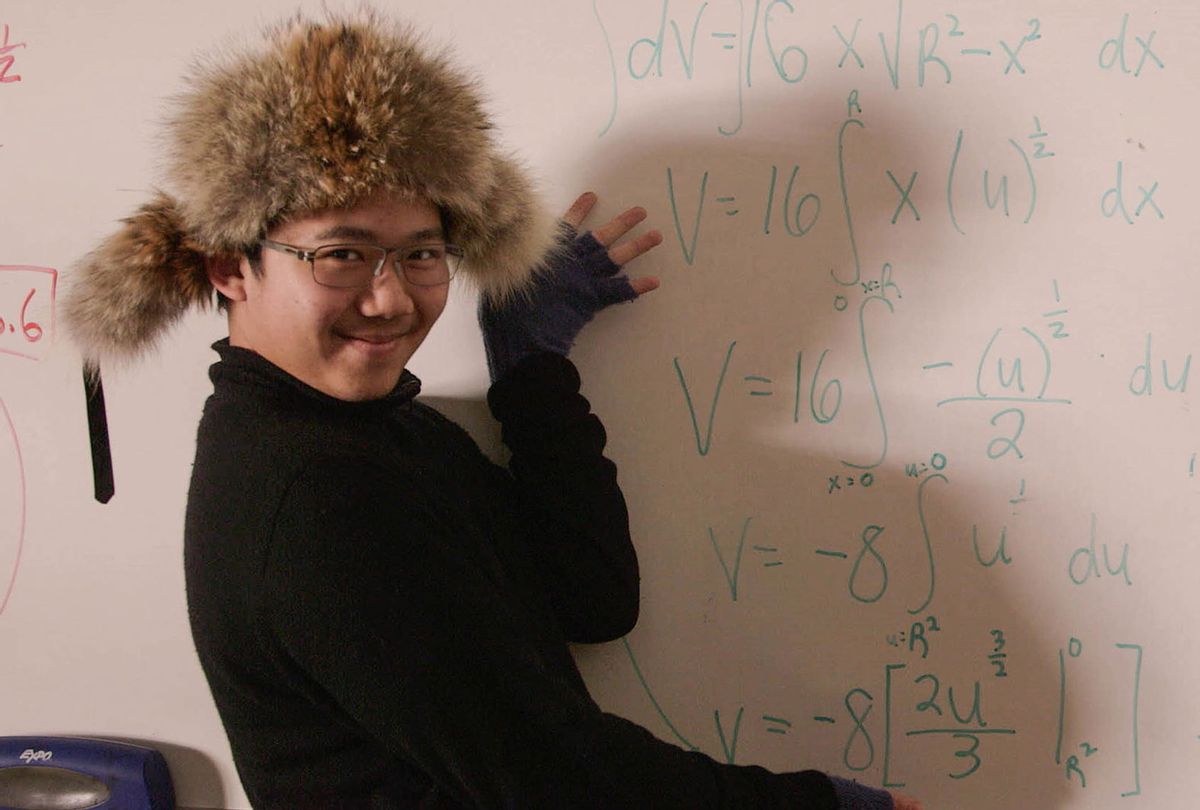 The students at Lowell High School – the top ranked public school in San Francisco, California, dubbed "an Asian Excellency School" — have considerable stress. They are all focused on getting into college — and many teens dream of getting an Ivy League education. It is a way to make their parents, who are often immigrants, proud.

Debbie Lum's affectionate documentary "Try Harder!" looks at this dynamic culture (and, jokingly, it's a horror film for folks who are stressed by stress). Lum chronicles a handful of Lowell seniors (and one junior) as they experience the grueling process of applying to college. They are under considerable pressure, not just because of their parent's expectations, but because they are measuring themselves against their classmates. Their self-esteem is brutally crushed when they get a B on a test, because it could cost them their 4.0 GPA and possibly impact where they go to college and, by extension, their entire career path. This is how these teens think.

Lum profiles many engaging students, from Alvan, who wants to be a surgeon — a brain surgeon, no less — to Sophia, an overachiever (tennis captain, co-president of Girls Who Code, editor of the school newspaper, and vice-president of Build On), who applies to all the Ivy League schools. Rachel is biracial (half Black/half white) who studies journalism and feels guilty using her race to her advantage. However, most of the Asian students are discriminated against in their applications because they are Asian. (Stanford is particularly selective). In contrast, Ian is not on the AP track and seems to be less stressed as a result.

"Try Harder!" feeds into the "machine" mentality that many Asian students face at a school where a student's self-worth is measured by the college they get into. Lum chatted with Salon about the Lowell High School's pressure cooker culture and what she learned making her marvelous documentary.

Let's start with an ice breaker. Where did you go to college — and couldn't you do any better?

[Laughs] I tried. I didn't. I graduated from Brown University.

How did you find out about Lowell and select the students you profiled?

I grew up in the Midwest, I'm a San Francisco transplant, but once you move to San Francisco, Lowell is famous. We heard about the Lowell Science Research Program, and they do graduate-level research. Alvan was from that program. I was originally going to make a film about Tiger parenting, and Lowell was going to be one chapter in that story. We talked to all these moms and college counselors. But we wanted to find out about tiger cubs themselves. We were going to have it be one chapter but once I met the kids, I totally fell in love with them. They opened their doors to us. They were under so much stress that in some ways, we were more than the school counselor. They told us what they went through, and had someone listen, so it was a bit stress reliever for them.

I like that your film addresses the sort of model minority paradox; the Asian students are pressured to be the best, but it makes some of them feel mediocre. Can you talk about that?

We talked about this a lot: What is so tricky about being Asian American? The bar is so high, and expectations are so unreasonable. You can only really feel only good about yourself if you are perfect. There can only be one Lowell God. In our film it's Jonathan Chu. Being Asian American, you don't' have the right to have flaws and be human. That's what the kids feel like all the time. That's what the model minority stereotype does to students. The students at Lowell all have what they call "imposter syndrome" Unless they are the No. 1-ranked kid, they don't feel good enough. They have a saying at Lowell, which is the oldest public High School west of the Mississippi River, "Lowell High School: Where your best has not been good enough since 1856!"

College is a huge goal for immigrant families. But while many are on the "typical Asian path" and Ian puts it — high school, college, med school — there is, another observes, no formula for success. Do you think the students are their own worst enemies?

I think that's blaming the victim. It's the system that's at fault. I was looking at the psychology of it: why the kids do this, why the parents push them, and what is the impact on who you are. The underlying issue is that these elite colleges have increased their marketing to all of these students, but they recruit students and have these glossy marketing YouTube videos and these kids are drawn to the idea of the promised land of these elite colleges, but they have the same number of spots they have always had. They're going to fail.

I don't want to spoil the film, but some kids do face rejection and many of them take it surprisingly well. What observations do you have about the resilience of these teens?

The mental repercussions are lasting. They don't show up immediately. There are studies that show when they go off to college, or a decade later, they still suffer from anxiety and depression. The Lowell story is an incredibly resilient story. We called the film "Try Harder!" because these kids confront failure and keep going. But how does that impact them down the road?

Rachel talks about students putting her down for doing well because she is half-Black. What are your thoughts about race? She struggles with her decision to play the race card especially in light of how the Asian students are often rejected because of their race.

I don't think there is one simple, easy answer to that question. The college application process forces the students to put themselves in boxes and check the box and see how they fare. The kids felt it was a numbers game to some degree. I saw that it was this inordinate amount of pressure to achieve something impossible. That's where you see the system is broken; the winners feel like losers. They end up being very cynical about the colleges they get into.

Some students get waitlisted, which is interesting.

Waitlisting today is a badge of honor. Before I made the film, I didn't understand just how brutal the college application process is. That's why you should really be happy with "good enough." The standards are so much harder now. All these schools are looking at quality of academic performance. But all these kids are really good. Getting waitlisted is pretty incredible accomplishment.

What's really interesting to me is the immigrant mentality. Immigrants like Alvan have this undying belief in hard work, and the integrity of hard work — if you just work harder, it will pay off. And they will see that on your applications. That's the striving to be an American, that you believe in the American Dream. But when you get to be an American you realize you have to work the system to make it work for you. That's where we're at in America today. I feel sad for the generation that has to grow up in that reality.

What about the parents? Ian's mother is not a Tiger Mom. Alvan's mom makes a blunder during his Brown interview. Rachel's mother is supportive, but also smothering. I like that you got a cross section. How much of the kids did you see in the parents?

I love the parents. I love Alvan's mom. She's a force of nature. She is hard to understand in just a glimpse. She has to do things in her own way, coming from her own cultural reality, which is different. Some of her values are different than Alvan grew up in. He has that classic, cultural conflict. I can relate to the parents, to be honest. Once you have a kid, you can't not help to want the best for their kids. It's a totally universal thing. What is the parents' role of getting child into college?

That said, the teens really struggle with the work/life balance it seems. How do you think being in such a pressure cooker environment is beneficial? The students are often described as "machines."

[Kidding] You just have to try harder to understand it more! [Laughs]. It's ingrained in my identity as an Asian American — the belief in hard work. Despite it all, the kids were glad they went to Lowell. It's about how you measure success: Do you get into the No. 1-ranked college, or is it based on what you learn and your identity? The kids feel like they are proud of having gone to Lowell. Part of that is you never feel good enough. Having an inferiority complex makes you do better. I respect that about Lowell students. What is amazing about the school is that being Asian American is the norm. There's a sense of community and belonging. It's harder if you're not Asian at Lowell.