On his HBO show the "Buffy" creator shoves his Slayer archetype into a corset and thinks we'll bite. Some might! 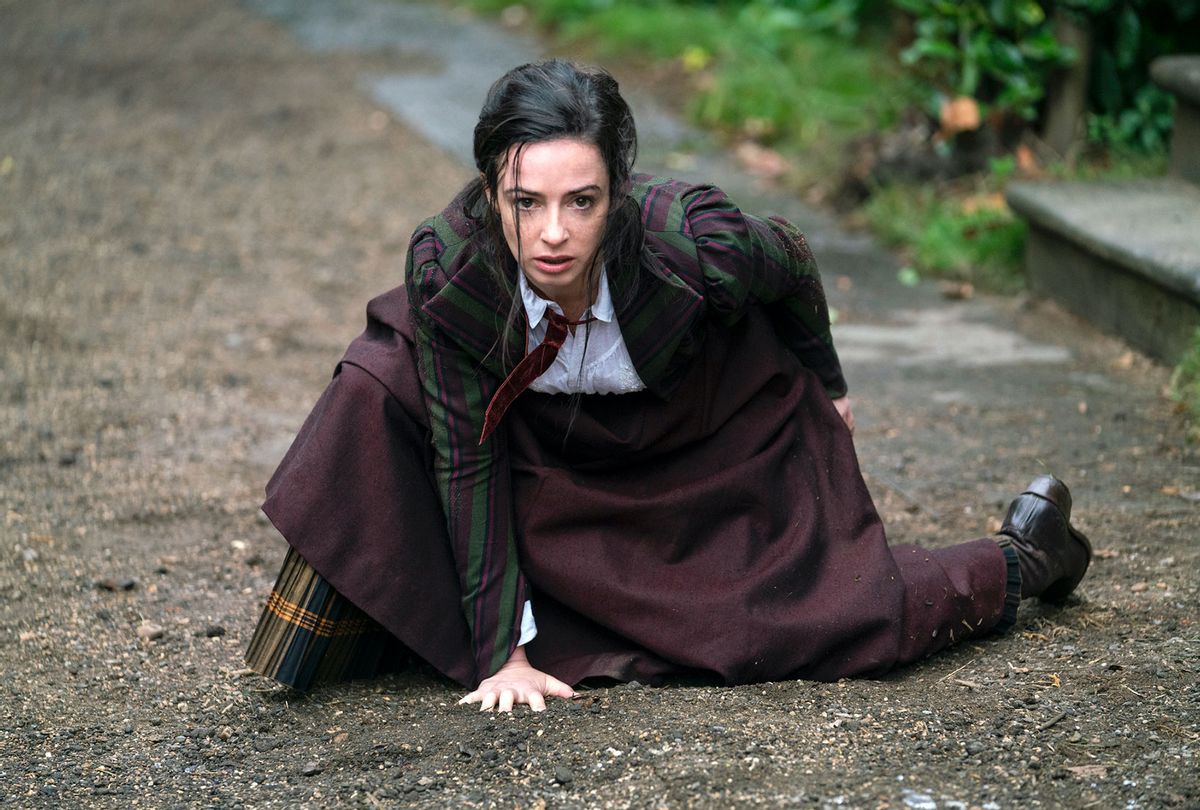 Misfit super-squads are Joss Whedon's specialty. To know the man's work is to know and possibly love at least one of his teams, whether it be the Scoobies on "Buffy the Vampire Slayer" or "Angel" and his vigilante family of choice or Serenity's indomitable crew on "Firefly."

Now he gives us "The Nevers" and its head mistress Amalia True (Laura Donnelly) and inventor whiz Penance Adair (Ann Skelly), a pair of best friends with special powers bestowed by a cosmic force that floated over London on a grey day in August of 1896.

Three years afterward she oversees a sanctuary she calls an orphanage. Most of those who live there are adults made pariahs by the aforementioned anomaly and referred to as the Touched. While some received amazing abilities others are simply odd and therefore vulnerable.

Amalia is among the stronger ones in that she has the gift of premonition and is, yes, an expert fighter. She even has cool nicknames – her adversaries simply refer to her as The Widow or The Woman Who Sheds Her Skin. Penance is a bubbly and awkward and granted the gift of technological innovation, through which she manipulates electricity.

For reasons not entirely clear it falls to Amalia to gather these folks under her roof and protect them from society but, more specifically, some kind of greater evil whose aim is unclear. This requires her to punch her way through a whole lot of ne'er-do-wells, and luckily the orphanage has a gifted doctor on call in Horatio Cousens (Zackary Momoh) and a loyal house mother of sorts in Lucy Best (Elizabeth Berrington), one of the first Touched people to join Amalia.

To know Whedon's work is to know his formula too, which means that if you're a diehard of any of the other series he's created you have seen this show before. That could be perfectly fine with you, even a selling point, given how long it's been since he's had a show on TV that people wholeheartedly enjoyed. (Notice that "Dollhouse," a show about mind-controlled women and men whose bodies are leased out for various purposes and brains wiped at the end of each mission, isn't listed in that gathering of great titles.)

Circling back to a slightly changed version of the same premise over and over again inevitably leads people to recognize updated versions of favorite characters, and that's not entirely a wise gambit. Perhaps they may compare and contrast and resent that the creator has simply shoved old personalities into new clothing as if they were department store mannequins as opposed to the fully realized beings we imagine them to be.

Therefore, if one were to sum up "The Nevers" as some steampunk version of "Buffy" the boot fits. That description may in fact prove to be an adequate selling point for anyone jonesing for another Chosen One legend with a healthier costume and visual effects budget along with the bonus of gratuitous boob shots inside of brothels and a bit of toe sucking. Hip hip hooray for premium cable!

It's also a bit unfair to Donnelly, who lends a singular fortitude to Amalia that would place her in the same league as some of the most stalwart Victorian heroines if she weren't inhabiting a hand-me-down archetype, albeit one decidedly world-wearier and hardened.

"I also drink when I shouldn't, fight when I needn't, and f**k men whose names I do not learn," she tells a companion who wonders why she has the trademark Lady Hero's Wall of Emotional Opacity around her heart.

Amalia merits more psychological expansion and interiority than Whedon's classic schematic allows for in the first few hours in which we get to know her. That line is about as much insight as we get into Amalia, and it doesn't arrive until the third episode, and by then she's assumed the three-point superhero landing a few times, dropping into one instance of it from a great height after losing her dress mid-plummet. Amalia stripping down to her corset and petticoat becomes something of a running bit, but only because she scraps that hard.

Provided you're either able to look past or embrace Amalia despite or because of her sameness, along with the nagging notion of Skelly's Penance as Willow Rosenberg's sugar substitute and Momoh's doctor filling the Giles role, there's still the obstacle course of the thematic mashup driving "The Nevers." Every moment of it calls forth prior titles, figure and brands that have spun up everything we see here but with more feeling.

The premise itself recalls "Miss Peregrine's Home for Peculiar Children," and Amalia's meetings with her benefactor Lavinia Bidlow (Olivia Williams) or the politician aligning forced against the Touched, Lord Gilbert Massen (Pip Torrens) intrude upon the narrative flow by flashing us back to every Masterpiece Theater show taking place inside a huge country manse. On the upside, we also get to enjoy Ben Chaplin, James Norton and Denis O'Hare sauntering through the plot and gobbling up the scenery whenever they're in frame.

With all that going on and an anarchist villain known as Maladie (Amy Manson) running amok, there should be more than enough for a person to hang onto. Regrettably "The Nevers" takes around three and a half hours to coalesce into a show worth sticking with, and only after fridging a key character – another throwback to 20 years ago I could have done without.

To those who might think this poor viewing of "The Nevers" has something to do with Whedon's poor reputation among fans of the Marvel Cinematic Universe and Zack Snyder, along with loads of women who were in love with his characters and feel betrayed by his false feminist signaling,  I assure you that isn't the case. An artwork's excellence would be undeniable regardless of whether its creator happened to be a card-carrying member of the League of Disappointing Not-Gentlemen.

Besides, Whedon announced he stepped away from the series in late 2020 although this vision could easily continue under the aegis of the series' executive producing team which includes "Buffy" veterans Doug Petrie and Jane Espenson.

Each has worked on enough unrelated genre titles to steer the narrative into something more coherent and riveting than the lacy patchwork employed to introduce "The Nevers." With six episodes produced and rolling out now, it is difficult to imagine transforming the back end of the first season in a way that doesn't recall past hits and misses; also, and I cannot stress this enough, Whedon diehards may actually welcome more of the same.

But Amalia and her preternatural companions deserve better, as does this cast and the broader TV audience. There's nothing wrong with wanting "The Nevers" to be a unique vision, and disappointing to realize it gives us very little we haven't seen before.