Anatomy of a shutout: Why the Emmys snub Beyoncé despite her continuing to innovate on TV 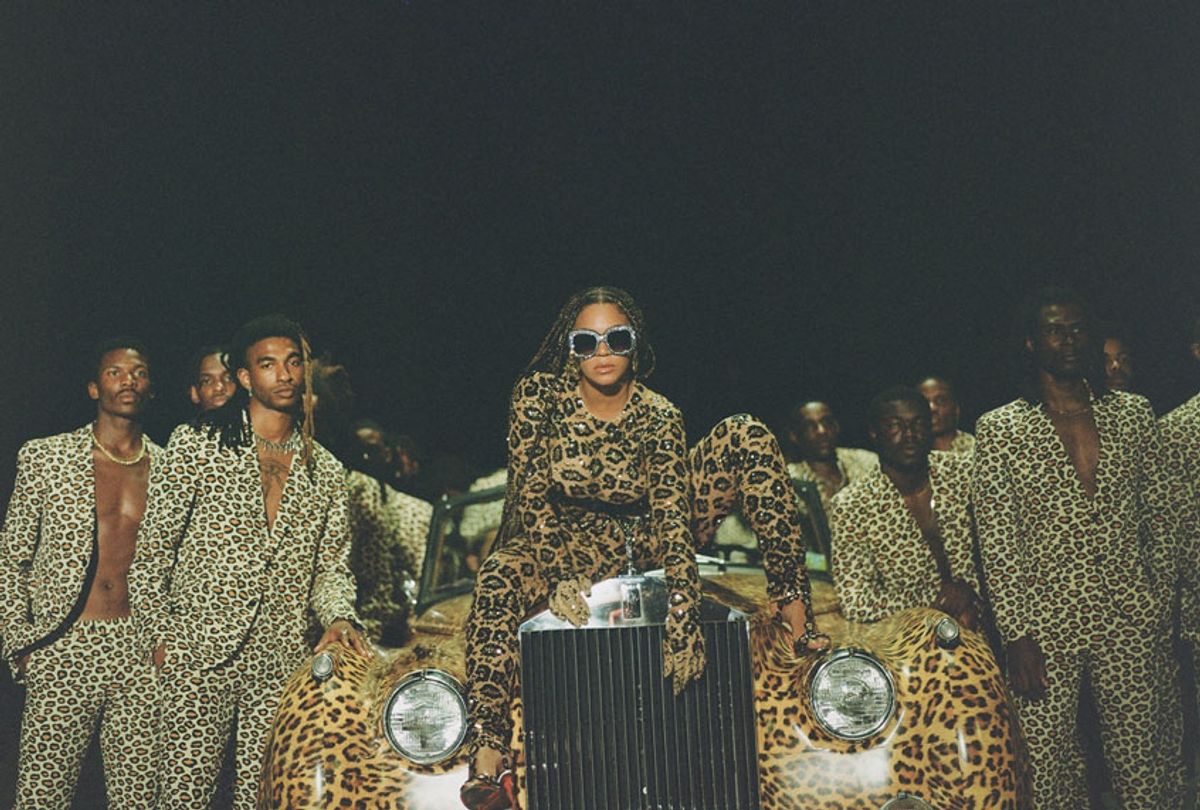 Emmy voters are a fickle bunch. Every nominations day reminds us of that, regardless of how diverse the nominees are in a given year, despite the boldness of the choices. Television Academy members hit a few bullseyes, even in rounds that make us question whether they actually watch TV. Whether the year's preliminary choices are good, bad or ugly, they will always show tendency to reward the familiar while leaving indisputably deserving contenders on the curb.

Anyone who is at all emotionally or professionally invested in these awards knows this, but on Tuesday, fans of Beyoncé Knowles-Carter may have felt more acutely aware of this fact than others when her 2020 Disney+ special "Black Is King" was completely shut out  of contention.

This same voting body granted four nominations to her 2016 opus "Lemonade" and six to 2019's "Homecoming: A Film By Beyoncé." Neither netted a statue at their respective awards ceremonies, but given the track record it was reasonable to expect the pop performer's third major TV feature to get at least a nomination for something. Yet not even a costume nod came its way, which is incredible considering the strength of that artistic element alone.

"Black Is King" is an interesting project to consider as an example of what Emmy voters gravitate toward and what they snub. There are multiple elements to consider in every category, many of which change every year. But what it frequently comes down to is the simple fact of how popular a work is, or the familiarly of a work's star, and whether the TV academy members understand a project enough to gravitate towards it.

Beyoncé has been deconstructing her narratives concerning who she is and her place in the world since 2013's "Life Is But a Dream," a biographical documentary that follows all the standard beats of the form while still frustratingly keeping the audience at arm's length. "Lemonade" is neither a reaction to that perception or the result of it, but the artist's acknowledgement that her storytelling mastery rests in her songs and by extension her videos.

Visually speaking, TV is her medium because of the opportunities it now affords for experimentation with structure and short form narratives. "Lemonade" dropped on HBO because it is premium TV. "Homecoming" hybridizes the concert film with a backstage exploration of intellectual consciousness.

Out of Beyoncé's three features for the small screen, "Black Is King" is at once her highest concept work and her most narrowly targeted, in that Beyoncé, who voiced Nala in the 2019 photo-realistic remake of "The Lion King," transforms the Disney fable into a metaphor for the Black experience rendered in a collage of rich natural imagery, luxurious set pieces and vibrant dance.

Emmy voters are not big on metaphors, so they probably didn't know what to do with it.

That doesn't mean it wasn't a creative success. The same year that Emmy is denying Beyoncé her TV propers, she set a new all-time record for most Grammy wins by a female artist, racking up a career total of 28 so far. The piece that put her over the top is her best R&B performance win for "Black Parade," the first single released from "The Lion King: The Gift," the musical inspiration for "Black Is King."

What thrills Grammy voters doesn't necessarily charm those winnowing down dozens of Emmy contenders to a handful of nominees in each category. It's much simpler to reward broadly appealing projects and TV stars, or telecast versions of cultural giants.

Hence, in the categories in which "Black Is King" were expected to gain some type of foothold, such as for best variety special (pre-recorded) or best variety special directing, nominations went to Dave Chappelle's "8:46," Bo Burnham's "Inside" and – of course! – "Friends: The Reunion" and "A West Wing Special to Benefit When We All Vote."

Beyoncé deemed "Black Is King" (and herself by extension) a whole mood, but Emmy voters don't tend to reward abstract notions like moods, or archetypes as opposed to characters, or visualized odes that don't adhere to a plot in any standard fashion.

"Hamilton," another pre-recorded variety special contender along with fellow Broadway production "David Byrne's American Utopia," is a mood too. Lin-Manuel Miranda encapsulated said mood in a linear narrative told to a catchy hip-hop beat that people quote even if they haven't seen it.

"Black Is King" was a balm to the walking wounded when it landed last July in the midst of uprisings in protest of racial inequality. Regardless of how well it spoke to what people, and specifically Black people, were feeling in that moment, Emmy's mostly white voting body has probably seen "Hamilton" on Broadway. Even those who haven't can easily get behind a story of the Founding Fathers told by Black and brown people. And it has a script!

Something else happened with this year's nominees, too. Music categories that otherwise would have been firmly in Beyoncé's wheelhouse shut out every major name performer who submitted for entries in music categories, including Cher, H.E.R., Sara Bareilles and Bruce Springsteen. Queen Bey wasn't the only superstar that didn't get an invite to the party, in other words. Instead, favor fell upon working composers . . . and Mumford & Son's singer Marcus Mumford, who wrote the "Ted Lasso" theme.

Artists denied well-earned spots in an award nominations round may not take much comfort in knowing they're in good company. But that is truly the case here. Hell, even Dolly Parton came up with bubkes on the music side of the Emmy nods, although her soul-killing holiday film "Dolly Parton's Christmas On The Square" received a TV movie nomination. She'll probably be there on Emmy night with rhinestones on, and we love that for her and for us.

But back to Beyoncé and the cold comfort zone. The larger takeaway is that all her visual albums and projects fall outside of what the Television Academy typically rewards. The fact that "Lemonade" lost out to the directors of "Grease: Live" in the 2016 outstanding directing for a variety special horse race speaks to this.

"Lemonade" was that spring's version of a pop culture wildfire, inspiring reading lists and academic syllabi, but the "Grease: Live" actors pulled off a performance broadcast live onstage with few flaws, and in the middle of a rainstorm.  Any TV production nerd would give the edge to that level of performance moxie, and what are Emmy voters if not TV nerds?

In 2019, "Homecoming" received even more nominations . . . but to Emmy voters it probably coded as a Coachella concert film and nothing more.

When I originally wrote about "Black Is King" I suspected that people may penalize it in part because of its source material. "The Lion King" is as much of a Broadway hit as "Hamilton," but it started out as an animated Disney theatrical for kids. It's possible that lineage played some role in its snubbing.

But it's more likely that voters simply didn't know what to do with it, in the same way they might not have been sure of how to categorize Steve McQueen's "Small Axe" anthology, another triumph left out in the cold. Easier to explain is why shows like critical favorites  "WandaVision" and "The Good Lord Bird" didn't make the cut for outstanding limited series. This year was blessed with a surfeit of suitable contenders in that race.

In the larger scheme of things, all parties are having a good year. This round of Emmy nods is relatively diverse and generally satisfying, save for the odd "Emily in Paris" blip. Beyonce is now the winningest woman in Grammy history, and her creative ambition expands with each new visual work she introduces. Someday Emmy voters may reward that, but whether they eventually get her doesn't matter. Her fandom's numbers are far greater than the award show's average audience, and they'll keep on showing up regardless of what she does.