From "Meatballs" to "Ghostbusters," Ivan Reitman was the anarchic boomer voice for Gen X nihilism

Born in the shadow of Hitler's death camps, the filmmaker known for snarky skepticism thumbed his nose at authority 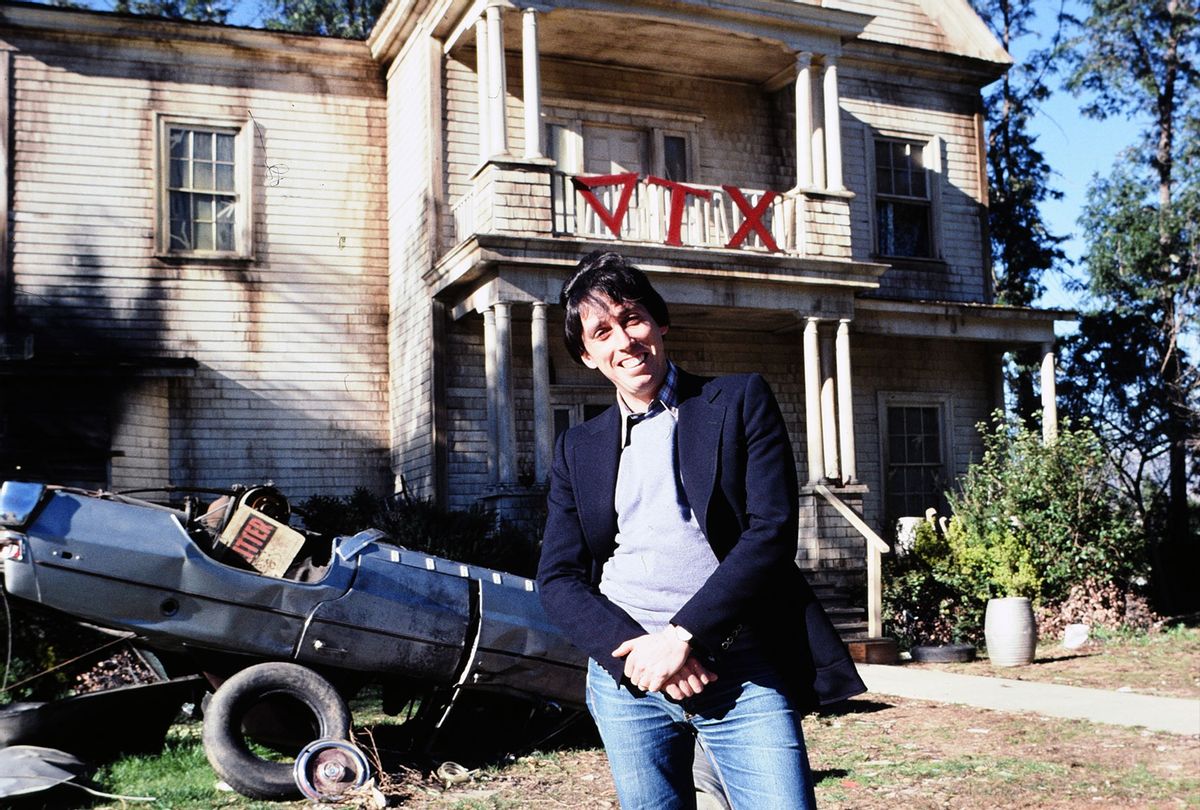 Ivan Reitman, who died Sunday at 75, was a baby boomer, but if you grew up watching any of his earliest comedic hits as a producer and director — "National Lampoon's Animal House," "Meatballs," "Stripes" or "Ghostbusters" — you'd be forgiven for assuming he was a generation younger. There wasn't an authority figure he couldn't be cynical about: parents, the United States Army, academia, rich people, hotel managers, and librarians, just to name a small handful. He thumbed his cinematic nose at all of them, becoming the leading cultural voice of Gen X nihilism during the late 1970s and early 1980s.

Reitman's parents, Leslie and Clara, were Czechoslovakian Jews. They met in 1938, not long before Hitler invaded the country. Leslie barely avoided a trip to Auschwitz when a non-Jewish friend intervened on his behalf. Later, he joined the Czech underground, fighting the Nazis as a guerilla. Clara wasn't so lucky. Against the odds, though, she survived Auschwitz, reuniting with Leslie after the war to marry and start a family. Reitman was born, also in Czechoslovakia, in the aftermath of World War II.

After the war, Czechoslovakia became a Soviet satellite. Life under Stalin was dangerous for observant Jews like Leslie and Clara, so when Ivan was four, they escaped, drugging their son to keep him quiet as they snuck out of Europe and made their way to Canada, settling in Toronto.

RELATED: 10 memorable PSAs that attempted to save Generation X

His parents' landing spot proved to be auspicious. Toronto was fertile ground for comedy. In 1973, Chicago improv troupe The Second City opened a theater in Toronto, bringing performers like Gilda Radner to the city. Lorne Michaels, who later created "Saturday Night Live," produced comedy for the CBC using Radner, Dan Aykroyd, John Belushi, and Bill Murray, who would go on to become The Not Ready for Prime Time Players. Reitman befriended them all, and the anti-establishment comedy he created for the rest of his career contains clear echoes of their collective irreverence.

After graduating from McMaster University, where he studied music, Reitman took his first producing job at a local television station that also hired Aykroyd, who later went on to appear in several Reitman films. In 1978, he hit it big, producing "National Lampoon's Animal House," a juvenile comedy about the exploits of an out-of-control fraternity full of misfits at a preppy elite liberal arts college in the early 1960s. The movie went on to great success, kicking off Reitman's long and storied career as a producer.

"Ivan Reitman influenced everything we all love about film comedy," tweeted Judd Apatow. "A true legend."

In 1979, Reitman took up directing as well. "Meatballs," which gave Bill Murray his first starring role, followed the working-class campers and counselors at Camp North Star as they faced off against their wealthy adversaries from nearby Camp Mohawk. Murray played a camp counselor whose rousing speech, delivered to a bunch of teenagers, got his ragtag counselors chanting, "It just doesn't matter," over and over again in unison.

If that's not Gen X, nothing is.

Reitman followed "Meatballs" with "Stripes," another Bill Murray movie, which depicted the American army as a collection of morons and butt-kissers financed by easily conned Congressmen. Unsurprisingly, given Reitman's family history, the Soviets in the film were just as incompetent.

Roger Ebert called "Stripes," "an anarchic slob movie, a celebration of all that is irreverent, reckless, foolhardy, undisciplined, and occasionally scatological." In the middle of the Cold War, Reitman's film seemed to suggest that Americans were more likely to suffer fools than to suffer any military casualties.

Reitman's signature achievement as a director was "Ghostbusters," which premiered in 1984. Aykroyd and Harold Ramis played two members of a trio of university scientists studying the paranormal. Murray played the trio's third member, a fast-talking con artist. 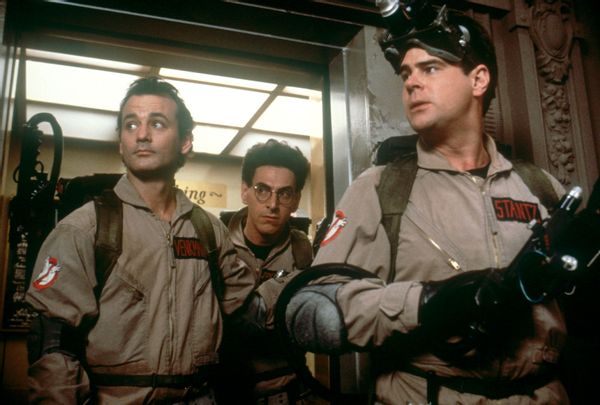 In the process of saving New York from netherworld invaders, they manage to poke fun at everyone from the Mayor to the Cardinal Archbishop of New York to a pinhead bureaucrat from the Environmental Protection Agency, all of whom spend the film looking out for their own self-interests.

"If I'm right, Lenny," Murray's character Dr. Peter Venkman says, persuading the Mayor to let the Ghostbusters fight off the paranormal threat invading Manhattan, "you will have saved the lives of millions of registered voters." The tactic, of course, worked.

In taking the high-and-mighty down a peg, Reitman was reintroducing the sort of anti-establishment comedy that had long since vanished from Hollywood films. His early work had the same chaotic energy of the Marx Brothers and the Three Stooges, who never knew a top hat they couldn't knock off, but infused with a modern juvenalia. It wasn't Godzilla who was threatening New York, after all, it was the Stay-Puft Marshmallow Man. The annihilation threatening contemporary America wasn't evil, it was absurdity. After a generation of baby boomer children hiding under school desks frightened by bomb scares, "Stripes" rolled its eyes and said, "Lighten up, Francis."

Reitman's anarchic approach was chicken soup for the Gen X soul. Stuck in the shadow of the previous generation, X-ers watched their parents' "All You Need Is Love" ethos become "Greed is good," the instant they reached their peak earning years. Baby boomers were phonies, they realized, just like everyone else. There was no good and evil, just self-interest and incompetence. The deep snark of Reitman's early films spoke to their entrenched skepticism and sarcasm.

Reitman's later films as a director were more measured in tone, though they maintained the same skepticism about authority. In Dave, for example, Kevin Kline plays a Presidential impersonator who gets shoehorned into leading the country, only to reveal corruption at the highest levels of the United States government. Reitman even managed to turn Arnold Schwarzenegger into a gentle comic figure in both Twins and Kindergarten Cop, saying "Hasta la vista, baby" to the toxic masculine formula that characterized the actor's earlier (and later) roles.

As busy as he kept himself directing, Reitman was even more prodigious as a producer, shepherding a wide variety of projects. His interests ranged widely, from animation ("Space Jam," "Heavy Metal") to G-rated fare (the Beethoven films) to serious drama (Hitchcock). In the latter category, his most successful project was "Up in the Air," which was directed by his own son Jason. The film netted both father and son Academy Award and Golden Globe nominations.

"I had the honor of working so closely with Ivan, and it was always such a learning experience," posted Paul Feig, who directed "Ghostbusters: Answer the Call," the 2016 reboot that Reitman produced. "All of us in comedy owe him so very much."

The original "Ghostbusters" might have been the high point of Reitman's early career, but the characters he helped create returned just in time to bid him farewell at the end, too. "Ghostbusters: Afterlife," the hit sequel directed by his son, premiered only a few short months before his death. Reitman actually played a small role in the film, appearing in ghostly form as the stand-in for the late Harold Ramis' character, Egon Spengler, and he couldn't have been any prouder of his son's accomplishment.

"It just took my breath away," Ivan told Empire. "I literally cried; I even cry right now when I start to think about it. It was a very emotional experience."

As an artist born in the shadow of Hitler's death camps, the product of a love that survived the Holocaust, Reitman might have been forgiven for making bleak art. Instead, he exorcised the demons his parents faced by bringing the world joy, telling stories in which awkward kids at a summer camp, Army grunts, and disgraced scientists all find a way to punch up and defeat their antagonists. He wasn't afraid, to paraphrase the title song from his most famous film, of ghosts. He laughed at them instead.