"What could be wrong with wholesome entertainment that is appealing to the parents and the children?" 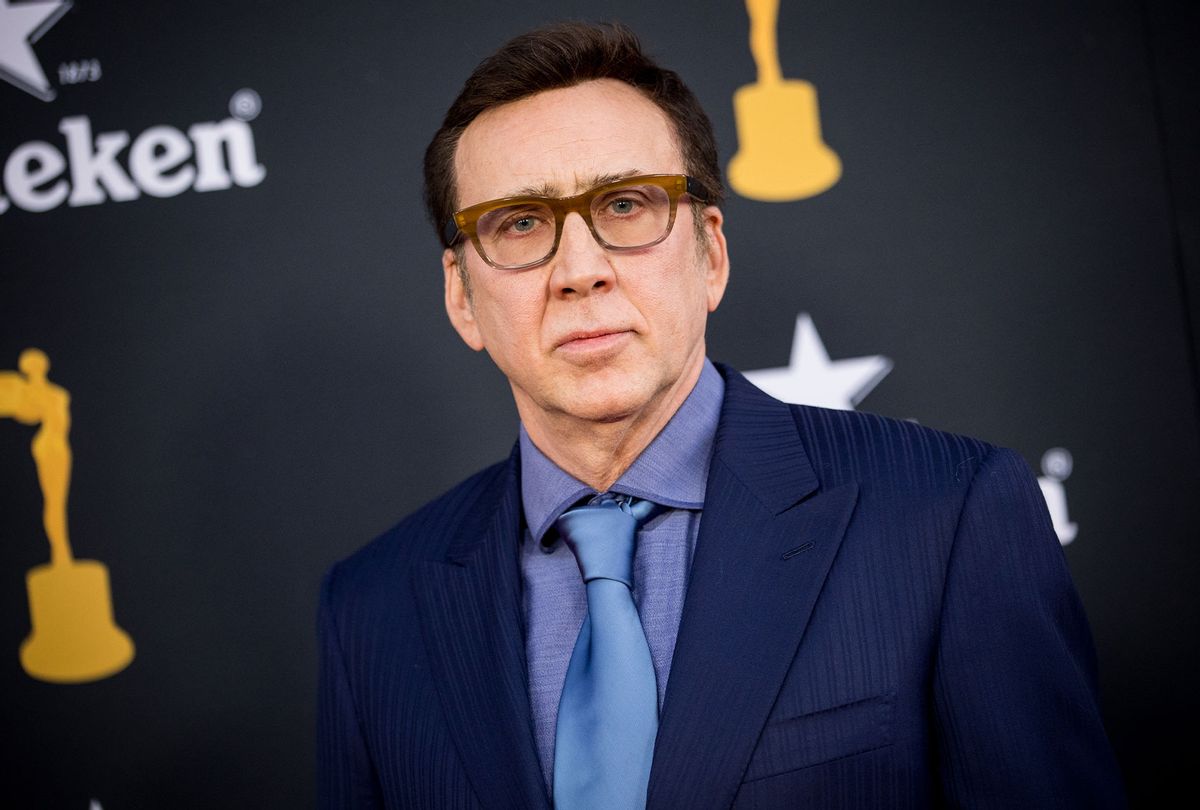 Nicolas Cage, like his idol Superman, is fighting for truth, justice and the American way . . . to celebrate superhero movies as cinema, no matter who dismisses them.

In particular, the Oscar winner is agreeing to disagree with his uncle, Francis Ford Coppola, and director Martin Scorsese when it comes to Marvel movies not being regarded as "real cinema."

In a recent interview with GQ, the actor questioned the filmmakers' criticisms, asserting that he doesn't "agree with them on that perception or opinion."

"I think that the movies that I make, like 'Pig' or 'Joe,' are not in any kind of conflict with Marvel movies," he added. "I mean, I don't think the Marvel movie had anything to do with the end of the tweener. By tweener, I mean the $30 to $50 million budget movie. I think movies are in good shape."

The debate on whether Marvel movies — and other comic book films — actually hurt the film industry and diminish the art form continues to be an ongoing topic among acclaimed directors and ardent fans alike. In 2019, Coppola stirred the pot during a press conference in France, when he sided with Scorsese's comments.

"Martin was being kind when he said it wasn't cinema," Coppola said, per Variety. "He didn't say it was despicable, which is what I say."

A month later, Scorsese penned an op-ed, titled "I Said Marvel Movies Aren't Cinema. Let Me Explain," to The New York Times. In it he claimed Marvel movies aren't "true" movies but rather entertainment spectacles.

"I don't think they're cinema," the director wrote. "I was asked a question about Marvel movies. I answered it. I said that I've tried to watch a few of them and that they're not for me, that they seem to me to be closer to theme parks than they are to movies as I've known and loved them throughout my life."

The directors' chief argument against MCU and other superhero movies is how they supposedly discourage movie studios from pursuing experimental, more out-of-the-box creative films and instead, force films to follow a recurring format that appeals to a large audience. In short, the industry prioritizes commerce over art.

While there is some merit to arguing that the film industry doesn't take enough risks when it comes to mainstream content, that hasn't really stopped indie films or even the tweeners, as Cage calls them, from being made. Could more of them be made if the MCU weren't sucking the finances up? Possibly. But these tentpole-type crowd pleasers also keep the industry alive, and therefore serve a purpose even beyond, well, entertainment.

During his interview, Cage took the opportunity to also praise Marvel for creating a four quadrant film.

"Marvel has done a really excellent job of entertaining the whole family. They put a lot of thought into it," Cage said. "I mean, it's definitely had a big progression from when I was doing the first two 'Ghost Rider' movies. Kevin Feige, or whoever is behind that machine, has found a masterful way of weaving the stories together and interconnecting all the characters."

Cage of course is a longtime fan of graphic novels and their stories. He starred in Marvel's 2007 film "Ghost Rider" and 2011's "Ghost Rider: Spirit of Vengeance." And he's been vocal about his love for the Man of Steel, even naming one of his sons Kal-El, the native Kryptonian name of the boy who would be Superman. Cage was also once in talks to play Superman in Tim Burton's adaptation called "Superman Lives," but the project was ultimately canceled.

"What could be wrong with wholesome entertainment that is appealing to the parents and the children, and gives people something to look forward to?" Cage asked. "I just, I don't see what the issue is."