"This [SCOTUS selection] process has become so political, which it should never have been" 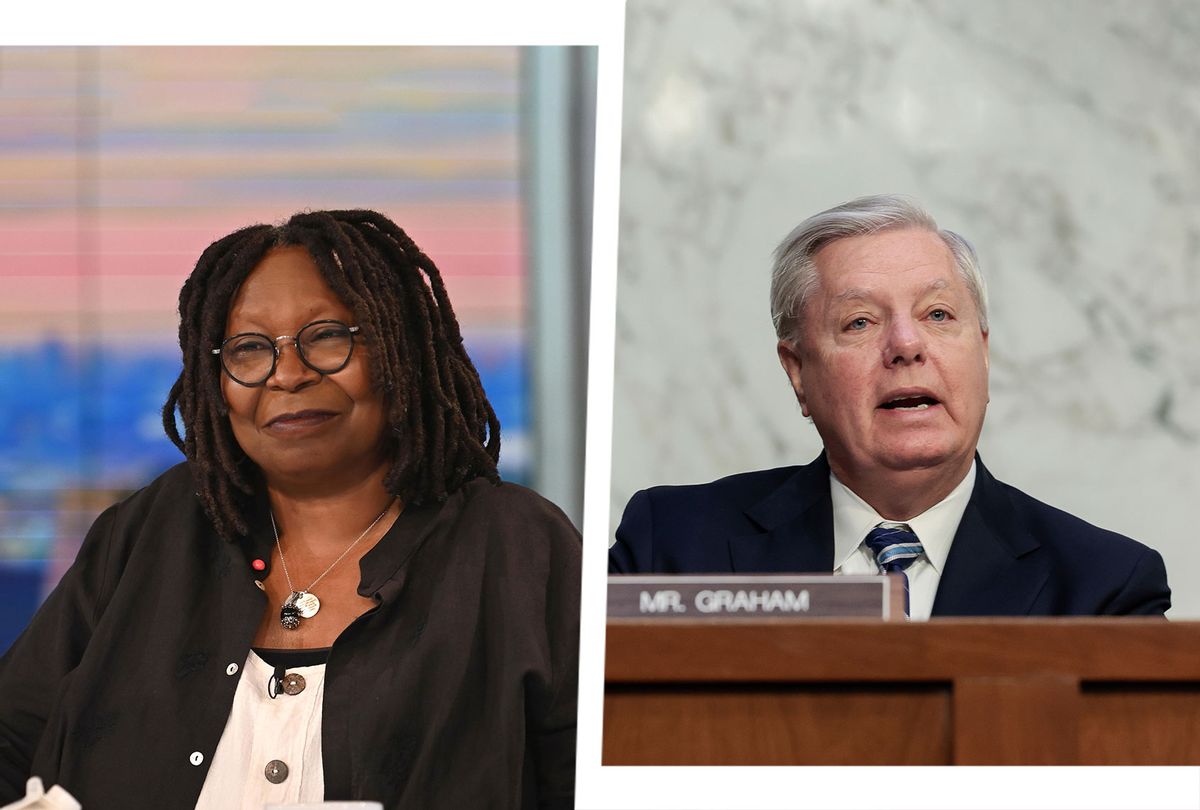 Her journey, however, has not been easy.

Throughout Jackson's confirmation hearings, members of the GOP attacked her judicial history and diminished her expertise in an attempt to prohibit her eventual nomination. Recently, only three Republicans made a comeback — Senators Lisa Murkowski (R-AK), Mitt Romney (R-UT) and Susan Collins (R-ME) — to vote to confirm Jackson's SCOTUS seat.

Of course, "The View" hosts had to weigh in and discuss how the nomination process, which was once based solely on legal merit, has now become extremely politicized. During Tuesday's segment, the hosts also slam Lindsey Graham, who voted to confirm Jackson to the D.C. Circuit in 2021 but has adamantly opposed her Supreme Court nomination due to her "record of judicial activism [and] flawed sentencing methodology regarding child pornography cases."

Co-host Joy Behar acknowledges that Graham's hypocrisy is a major slap in the face but argues that Senator Ben Sasse's actions are much worse. Sasse, who praised Jackson's credentials and knowledge of the law, also voted "no" in the committee because the nominee "refuses to claim a judicial philosophy."

"There's something so pathetic about that type of stance and it's almost like the Ben Sasses of the world are more dangerous than even the Lindsey Grahams," Behar claims.

Her sentiment is not shared by guest co-host — and Trump's former White House press secretary — Stephanie Grisham, who says Sasse's threat was not necessary and only does more harm. "An eye for an eye makes the whole world blind," she adds, quoting Mahatma Gandhi.

RELATED: Journalist warns "performative" attacks on Ketanji Brown Jackson may "come back to bite the GOP"

Co-host Sunny Hostin then shames Republicans for being "so out of touch with the American people," while Hostin also references a Gallup poll, which found that 58% of Americans support Jackson's SCOTUS nomination.

"Well, this process has become so political, which it should never have been," says co-host Sara Haines. "I look at Mitt Romney, Murkowski and Collins and think those are the only three that took the job seriously and said, 'Let me look at this person [Jackson], remove my political beliefs and my judicial interpretation.'"

The entire panel agrees that it's "unfortunate" that the SCOTUS nomination & confirmation process has become "a party over country" matter.

"Whether somebody votes with you or not, there's no guarantee that they're going to vote with you on any given case that comes up," co-host Whoopi Goldberg states afterwards. "This is what the court does. This isn't about your politics. This is about what's good, what is the law for the American people."

"With the Supreme Court . . . you want to feel like they're going to protect us in terms of what goes on and how it goes on," she adds. "They [SCOTUS justices] are there to protect."

Grisham later points out that Republicans, like Graham and others, purposefully asked Jackson a slew of inflammatory questions on gender politics and transgender rights (remember when Sen. Marsha Blackburn asked Jackson if she could "provide a definition for the word 'woman'?") to "rile up the base."