Rom-coms finally get a #MeToo reboot 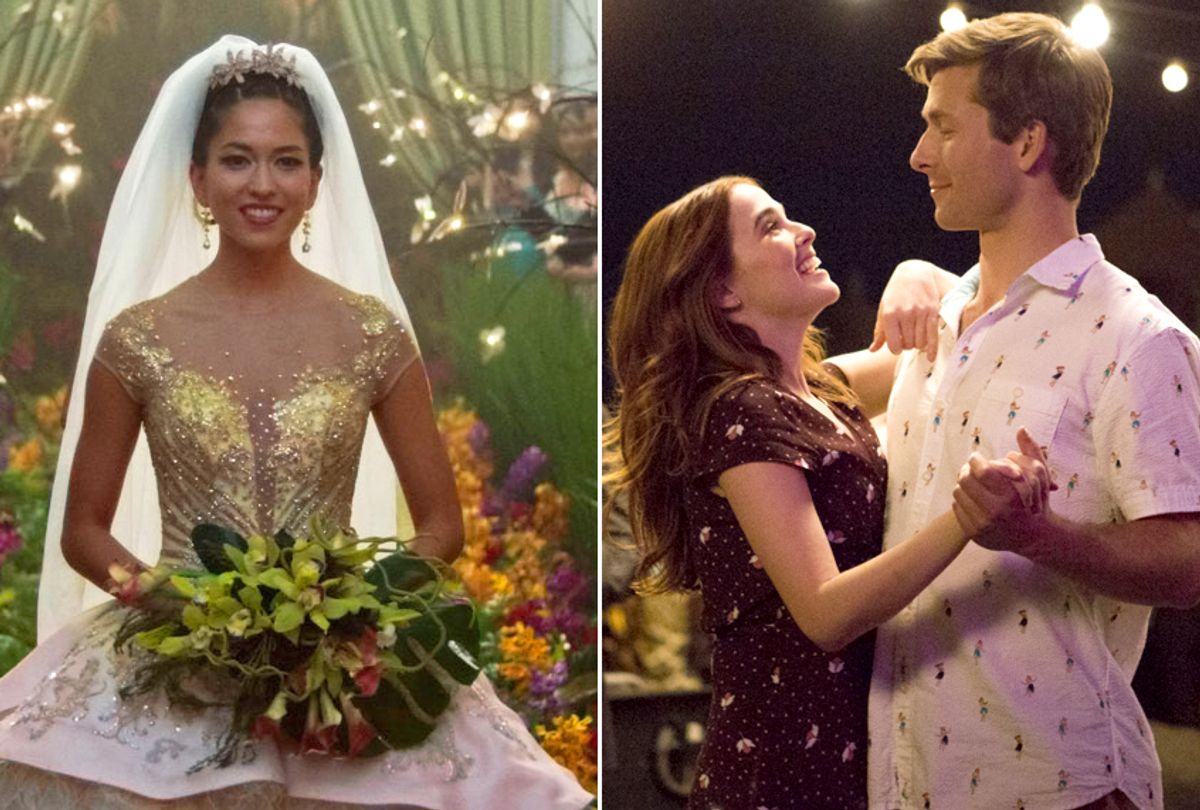 The rom-com has been, for generations of movie watchers, a cherished problematic fave. A meet cute, sparring enemies who become lovers, a wisecracking coterie of buddies, an outstanding amount of lying — these are elements of surefire entertainment older than Shakespeare's "Much Ado About Nothing." Yet they've also often come with a side order of reinforced patriarchal norms and internalized misogyny, so perhaps that's why the past few years have seen a decline in the genre as we've known it. When, in 2017, Vulture tallied its list of the best rom-coms of the past decade, the offerings could best be described as a reach.

Vulture's bummer cinematic contenders included "Her," "The One I Love" and "The Lobster." "THE LOBSTER." There's no bend and snap in "The Lobster," I can tell you that (The same list does however include 2009's "The Proposal," the platonic rom-com ideal in that it's got beautiful locations, legitimate chemistry between the leads, and Betty White). The list did however acknowledge one significant shift in the contemporary rom-com canon — the best offerings of the list were all television series. If you want lively banter, comic misunderstandings, lots of kissing and a few tears, you'd do far better watching "Crazy Ex-Girlfriend," "Jane the Virgin," "Insecure," or the cynical-sweet "You're the Worst" than you ever would with Jonah Hill's unsettling "Cyrus."

Perhaps the rise of the television series rom-com is an indication that our current need for escapism is greater than Kate Hudson could ever have hoped to satiate in a mere ninety minutes. Or it may be, encouragingly, that the dynamics of Hollywood romance — usually portrayed as male-female — now require the kind of deeper, more nuanced view that is better suited to episodic storytelling.

READ MORE: “The Bold Type,” “Dietland” and fashion: The feminist army is assembling (literally) in the closet

If I knew anything about sports, I would say that being a connoisseur of romantic comedy is like being a fan of a perpetually losing team — near constant disappointment and misery, punctuated by occasionally transcendent, glorious experiences. I define my own fandom by the great Julia Roberts-Jennifer Lopez-Kate Hudson-Cameron Diaz-Sandra Bullock-Katherine Heigl-Renee Zellweger era of the Bush and Obama eras, a time when any self-respecting movie theater had at least one poster in the lobby featuring a man carrying a woman over his shoulder. It was the law. And I've taken a lot of planes over the years and I've seen "What About the Morgans?" and "Confessions of a Shopaholic." I'm not proud of this.

Many of these films were actually quite terrible. "The Ugly Truth" was about a fussy, bumbling TV producer (Heigl) teamed up with an actual sexual harasser (Gerard Butler). Ashley Judd and Hugh Jackman's "Someone Like You" follows a similar trajectory, and it was just as bad.

If you want to go deep cuts, have you seen "What's Your Number?" In it, the lovely, sexually adventurous Anna Faris is slut shamed into walking back the number of partners she's had so she doesn't feel like a big whore and can then find love with the roguish Chris Evans. It's literally insane.

For a while there, Matthew McConaughey really owned the realm of leading men no sane woman would ever truly love, thanks to "How to Lose a Guy In Ten Days," "Failure to Launch," "The Wedding Planner," "Fool's Gold" and "Ghosts of Girlfriends Past," but Gerard Butler, with "The Ugly Truth" and the genuinely misogynistic "Playing for Keeps" and "The Bounty Hunter," gave him a fantastic run for his money. And I have to single out "Love, Actually" for special recognition for its multiple plotlines involving horrible men and the women who put up their garbage.

But the earlier part of the century also blessed us with some of the all time greatest gems of the genre — "Bridget Jones' Diary," "Obvious Child," "Legally Blonde," "Sweet Home Alabama," "Beginners." "Friends with Benefits," by the way, is a underrated charmer; you should watch it and enjoy its delightful 2011-ness. Two words: Flash mob (And in case you're objecting to the non-inclusion of certain films here: "Bridesmaids" is a friend-com, "My Big Fat Greek Wedding" is a family-com, "The Devil Wears Prada" is a work-com, "Legally Blonde" is a school-com; learn the difference). Then things seemed to get awfully quiet. In 2013, the Hollywood Reporter declared the rom-com dead, "as studios increasingly focus on films that can be sequelized and play in overseas markets, the one-off, dialogue-dependent rom-coms are a difficult sell."

Now, however, in much the same way that the Depression led to a golden era of romantic, screwball comedies, our current "Tell me the bad things that happened since I fell asleep" climate has made conditions ripe for an old-fashioned rom-com revival. But a few of the key rules of the game have now changed. The "uptight priss meets sexist dirtbag" trope somehow no longer seems so romantic. Nor, for that matter, does the "mopey guy meets his manic pixie dream girl" feel like a compelling narrative right now. Instead, a fresh crop of romantic comedies are setting a new standard for the genre.

It started with 2017's "The Big Sick." Sure, the indie hit featured the winsome, wide-eyed Zoe Kazan — a woman who could win a "most likely to become Meg Ryan" contest if she wanted to. But everything else about the film breaks new ground. Based on real events from the courtship of husband and wife writing team Emily V. Gordon and Kumail Nanjiani's, "The Big Sick" explored serious illness and interracial dating, subjects that seem a lot fresher than the classic "We're both pathological liars" plot. The film wound up becoming the highest grossing independent film of the year, and earned near universal accolades and an Oscar nomination for writing.

This year, the needle has seemed to move even further. There's been spring's breakthrough, "Love, Simon," a teen rom-com with a gay male as its protagonist. There's been the better than expected showing of "Book Club," an ensemble rom-com with a cast of senior citizens. There's been the success of Netflix's unabashedly throwback "Set It Up." Starring Zoey Deutch and Glen Powell as a pair of put-upon office workers deploying the rules of rom-coms to bring their respective overbearing bosses together, "Set It Up" struck a chord for its sweet subversion of the form, complete with a climactic race to the airport. [SPOILERS] But this time, the awful duo are only the B plot, and a suave philanderer does not get tamed by a workaholic female. As Katherine Heigl would say in "27 Dresses," how refreshing. And August will bring more late summer offerings, including Netflix's "To All the Boys I've Loved Before," the highly anticipated "Crazy Rich Asians," and the Keanu Reeves and Winona Ryder reunion "Destination Wedding."

It's hard to imagine living in the #MeToo era and wanting to pay money to see movies in which being a f__kboi is going to be rewarded with the love of a good woman. The fantasy that snide, dismissive guys could be secretly lovable served a purpose for a while — I think it probably kept a lot of straight women from totally hulking out.

But now a whole lot of skeletons have been dragged out of the closet, and we are the midst of a painful, necessary conversation about treating each other with respect and humanity. And that doesn't mean romance is dead. Just the opposite. It means, huzzah, there is a huge audience for romances about people who aren't white, who aren't straight and who aren't total selfish brats. Movies about people who are flawed and funny. People you can fall in love with, like Bridget Jones, just as they are.

Taye Diggs on his favorite role