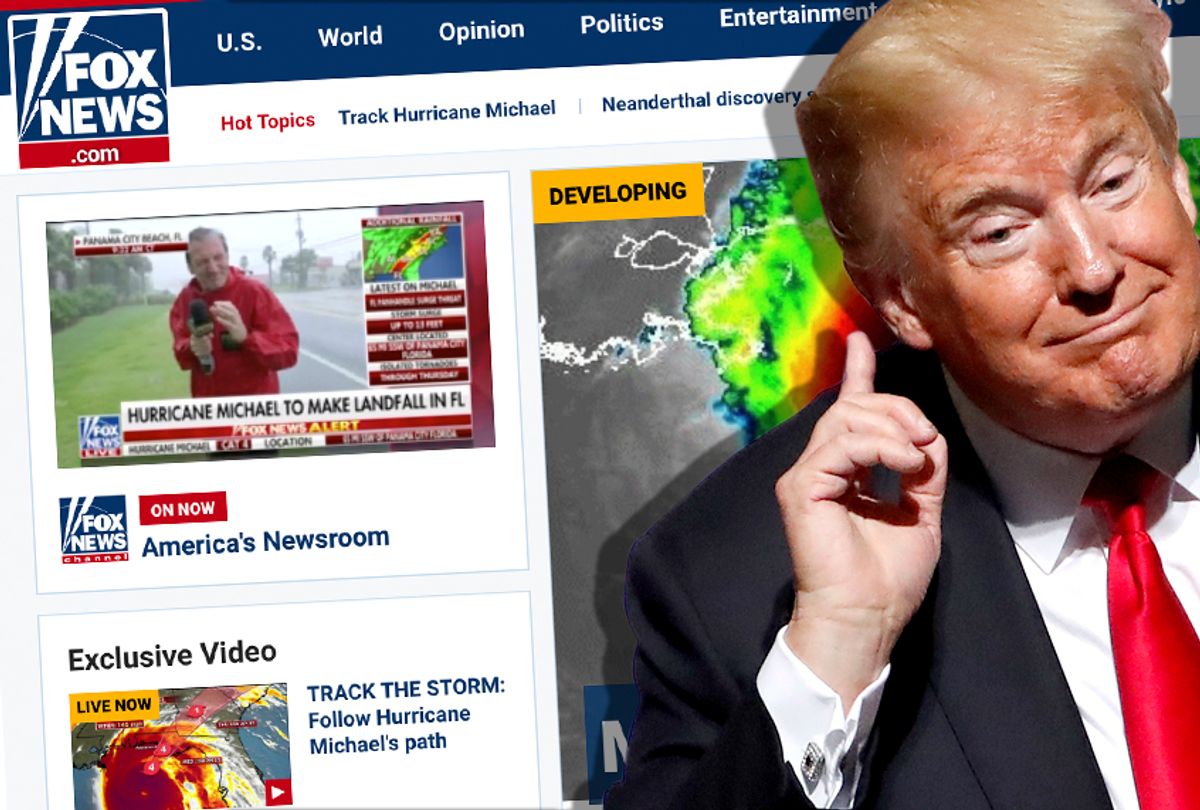 Republican President Donald Trump paused his attacks against Democrats — most notably Sen. Dianne Feinstein (D-Calif.) — during a Tuesday night rally in Iowa to sing the praises of his "great friends" at Fox News.

Trump began by applauding Lou Dobbs after describing Democrats as "the Dims." The veteran Fox Business host reportedly calls in to the White House for meetings.

"The Dims! Who says that? Lou Dobbs – the great Lou Dobbs. He says that, right?" Trump asked his supporters. "Sean Hannity says that: 'the Dims.' Sean Hannity. Judge Jeanine [Pirro] says that. Doesn't she? Laura [Ingraham]. Laura, how good has Laura been, right?"

It is unclear if "great friends" was a reference to "Fox & Friends," the morning show that Doocy, Earhardt and Kilmeade co-host together on Fox News. But the connection between Fox News and the Trump administration is notable — and continues to deepen.

In describing the relationship between the conservative-leaning cable network and the Trump administration, Salon's Heather Digby Parton wrote, "Fox has become Trump's de facto kitchen cabinet and unofficial communications office, creating a tight feedback loop between the far right and the White House."

This point is clear when considering several Trump staffers have gone on to work at the network, while several ex-Fox News talent have in turn gone to work at 1600 Pennsylvania Ave.

Earlier this week, Fox announced that former White House communications director Hope Hicks had been named executive vice president and chief communications officer at "New Fox" — the media company that will manifest after 21st Century Fox completes the sale of the majority of its entertainment assets to Disney in 2019. Hicks scored the highest-profile job yet of any former West Wing staffer.

In July, Bill Shine, the former Fox News executive who was ousted from the network in May 2017 after being named in multiple lawsuits for his handling of the network's mounting sexual harassment scandals against on-air talent and Fox News executives, joined the White House as its new communications director replacing Hicks.

On the other hand, former Trump Press Secretary Sean Spicer, who abruptly resigned after six months on the job, has been struggling to land a plush post-White House gig. Due to a "lack of credibility," five major cable news networks have chosen not to offer the former West Wing aide a job as a paid contributor. Those networks include: ABC News, CBS News, CNN, Fox News and NBC News.