These are insecure times, but rotting ingredients won't make you feel better. Here's how to manage your kitchen 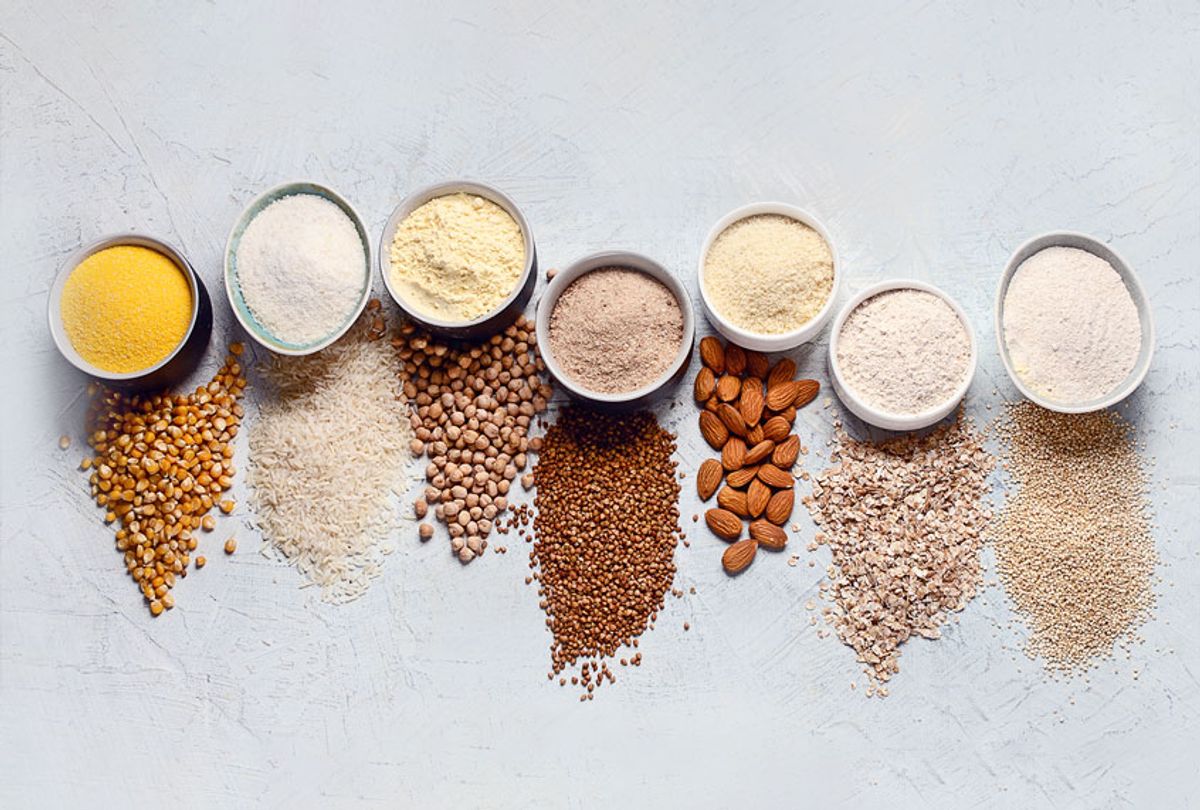 It's a disappointment in the best of times, but now it's a whole meal making crisis. You reach for an old friend — the pancake mix from a pre-pandemic lazy Sunday with your family, the walnut oil you drizzled into a salad last fall — and just like the herb garden dying on your windowsill, it's gone full on nasty. With even basic pantry items suddenly valuable and scarce and every supermarket run an ordeal, you really want your food to last. And the easiest way to make sure that happens is to get some of those pantry items out of the pantry.

I came to cooking late and to baking even later. In my ignorance, I had to learn firsthand that even cupboard items can go bad. Who knew? Not me! At least, not until the day I reached for a bag of cornmeal and discovered dark flecks inside. Dark, wiggling flecks. If you ever want to feel like never eating again, there are some very detailed images out there of booklice, weevils and other creepy crawlies who love to nom on your baking supplies. In my culinary self-education, other revelations — the kind involving rancid pecans and useless yeast — followed in their turns.

Nobody wants to throw away food that could have been saved, and nobody wants to bite into something they're going to spit right out. These are insecure times, but rotting ingredients won't make you feel better. So when possible, keep perishables in a manageable rotation — and save the bulk buying for toilet paper and hand sanitizer. You can extend the life of what you've got by letting my mistakes be your bugs' frustrations, stashing these basics in your fridge or freezer. Bonus: Think of all the cupboard space for canned beans you're about to free up.

I regret to inform you there are already likely some little critters in your flour. As Extra Crispy's Maxine Builder chillingly explains, "It's hard to prevent an infestation of flour bugs, because these bugs are everywhere, from the mill where the flour is made to your home." While it's sound advice to simply store your goods in airtight containers, you really can't go wrong taking the fridge or freezer route.

Why? Because freshness also matters. Unless you're baking a lot or constantly refreshing your sourdough starter, buy smaller bags. If possible, stick your flours in the freezer for at least two days to kill off critters and their eggs. Then keep them in airtight containers — Ziploc bags work fine — put the purchase date on the container and stick them in the refrigerator. Nut flours have a shorter shelf life than typical wheat flours, and specialty flours like spelt can have an even shorter lifespan. Use it or lose it.

Put any aspirational ideas of being like Oprah and Ina with enormous, photogenic bowls of oranges on your counter out of your mind. Moving those fruits to the fridge is a total game changer — they last so much longer in there. Keep them in a crisper drawer like your vegetables, and move them back to the counter to bring to room temperature before eating, baking or juicing.

Nuts, seeds and their oils and butters

As "Ten Dollar Dinners" author and TV host Melissa d' Arabian sagely says, the most expensive thing in your refrigerator is the thing you throw out. Nuts and seeds are already plenty pricey to begin with, so bulk buying is almost certainly a one-way ticket to the garbage can. Buy these items in small quantities, use them up and repeat. I'm ashamed to say that in the past I've had Nutella and tahini — two of the best things in the world — go rancid in my cupboard. That's a mistake you won't make twice.

In our home, we go through natural style peanut butter at an alarming clip, so we keep it in the cupboard. But my priceless little jar of pignoli is in the freezer, where it still only has about a few months to live. When you're ready to use them, toast your nuts to help them achieve their most delicious form.

Vegetable and olive oils can be kept in the cupboard, but the the cute hazelnut oil that came in a holiday gift basket or the flax oil you were briefly adding to your smoothies should go in the fridge. Again, just bring them to room temperature before using.

Unlike honey, which can basically last forever, as long as it's uncontaminated, maple syrup can develop mold. Don't stick your head in the jar and assume there won't be consequences, Pooh Bear. Do keep it in top condition by storing in the fridge or freezer.

Things you spread and pour on other things

I'm going to assume you're not a monster and are already stowing any opened jars of mayo in the fridge. Anything involving eggs doesn't belong anywhere else. But barbecue sauce, jams and jellies, ketchup, mustard, soy sauce and even hot sauce will also last far longer and retain their flavors and colors better if refrigerated after they're opened. Bring them to room temperature before using so they're their most spreadable and flavorful.

What's that, you say? It's when you open a bottle of wine and don't drink it all in one go. Let's just assume it could happen. Air is not its friend, so replace the top if it's a screw top wine — which is totally respectable — or decant the remaining liquid into a sealable container before putting it in the refrigerator. Nigella Lawson ingeniously points out that you can also freeze wine in ice cube trays and pop them out when a recipe calls for a hit of good wine.

But keep these three things out of the refrigerator:

Refrigeration makes their flavors change dramatically. Keep potatoes in a cool and dark space. While It's definitely better to cut up a less-than-stellar cold tomato than something that's been deliquescing on the counter for a week, save yourself the misery and don't buy more than you're going to eat within a few days.

Obviously, this rule doesn't apply to ice cream or pudding. But your baking and nibbling chocolate should be kept at room temperature — 68 degrees is perfect. Warmer and it will melt, colder and it's vulnerable to condensation, which can cause a sad chalky bloom. In theory, properly stored chocolate can last several months or longer, but maintaining an ideal environment can be difficult. In my small kitchen, bananas, onions and chocolate are all constantly vying for very limited real estate. The key to keeping everything from going funky is to keep things as far from each other as possible and use them fairly quickly.

Once the idea that coffee is precious and needs to be kept in a freezer inexplicably took hold, it somehow became associated with fancy person rituals involving grinding and Chemexes. But no less an authority than the National Coffee Association advises that "your beans' greatest enemies are air, moisture, heat and light." Taking beans in and out of the freezer can create moisture. Buy your coffee in smaller quantities, and keep it sealed and stored in a cool and dark spot like your potatoes.