The mayoral candidate doesn't know that I'm the "lucky" one, though 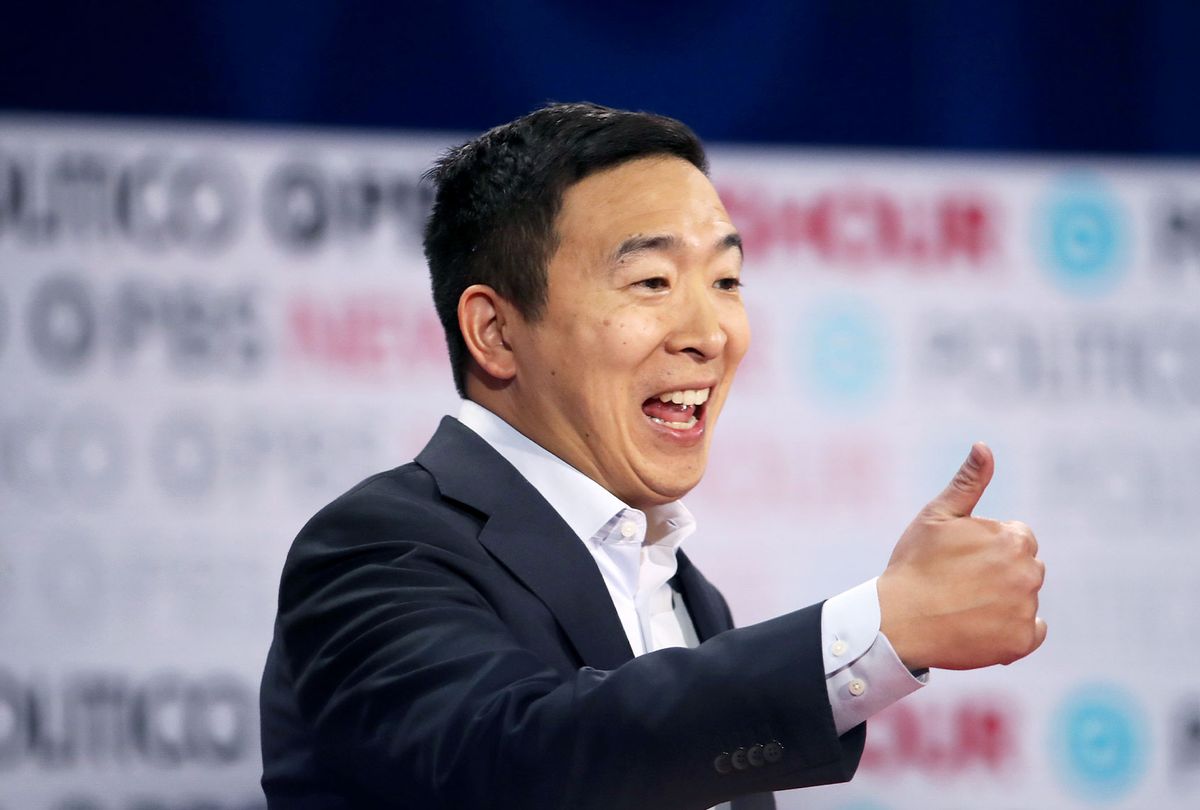 In his official announcement Wednesday that he's running for mayor of New York City, entrepreneur and former presidential candidate Andrew Yang declared that the city "always felt like the center of the universe." But the man who would govern the Big Apple has spent much of this past year well removed from it, in his four-bedroom second home in New Paltz. And that's not even the part that has people here in the city so nice they named it twice so ticked off.

I confess I spent my fair share of 2020 wrestling with my jealousy. Anger, even. I trace it first to a group Zoom call in late March. There they were — a fellow New Yorker now sitting in the bedroom of his family's New England vacation home, and another ensconced in her country house upstate. I held it together for the duration of the conversation. Then I closed my laptop and cried for a long time. My older daughter had just been sent home from her SUNY campus. My younger one was completing her sophomore year of high school from our living room. My spouse, meanwhile, was rounding the corner of the first anniversary of his company's layoffs. The center of the universe was at the time doubling as an epicenter for the COVID-19 virus. Escape was not an option for us.

I've found those old feelings stirring up again this week. In a Monday interview with the New York Times, Yang discussed, among other things, his family's decision to decamp during the pandemic. He explained the move by asking, "Can you imagine trying to have two kids on virtual school in a two-bedroom apartment, and then trying to do work yourself?"

There are few statements that carry the same bratty vibe as a person wondering, in apparently innocent seriousness, about the impossibility of performing tasks that normal people do every damn day. "I don't know how you do it," they'll say condescendingly, like you should be flattered that your trainwreck of demands is unfathomable to them.

As multiple fellow New Yorkers, including city comptroller Scott M. Stringer, immediately pointed out, we don't have to "imagine" this juggling act. We've been doing it for almost a year. The comments seemed cavalier and out of touch, even to a citizenry that put actual billionaire Mike Bloomberg in office three times.

Yet it was Yang's clarifying remarks later in the day that dug him in even further. As the virus had charged into the city, he explained to the Times, "We took our two kids, including my autistic son, to upstate New York to help him adapt to our new normal. Evelyn and I know how lucky we are to have that option, which is why I've committed the past several years of my life to lifting up working families and eliminating poverty." This time, it was the word "lucky" that clunked.

Like nearly everyone on the planet, I have had an absolute garbage fire of a year. Like a great many New Yorkers, I have conducted that year within the mathematically unsound circumstances of four individuals living, working and learning in 800 square feet and a bare minimum of outside time per day. My family has done it through financial insecurity and mental health crises and bullying and academic struggles and the cruel, grueling toll of eldercare and grief, all underneath the terrible weight of an unrestrained virus and a threatened democracy. We recognize that we have endured it with far more privileges than many of our neighbors; often, it's still been outrageously brutal.

In the days and weeks after the initial flood of exits from the city — 420,000 residents, mostly upper income, fled — I learned to cultivate a more reasonable relationship with my envy and frustration. After all, you can never blame anybody for leaving New York City, even on its best day or just for a part-time arrangement. The people I know who evacuated to Florida and Maine and the Hamptons took actions that may well have preserved their health, possibly their lives. I certainly didn't remain here to take a brave stand; I stayed because there was nowhere else to go.

And being here has often been harrowing and heartbreaking — the sounds of sirens and the silence in once-bustling neighborhoods, the sights of boarded-up storefronts and the terror of brushing against a stranger in the queue outside the supermarket. Andrew Yang may casually refer to "the new normal," but there will never be anything remotely normal about the field hospital that sprang up three blocks from my building. The mass graves. The protests, forged from incalculable anguish, that turned violent. The beloved businesses that have closed forever. So much more loss than we can yet measure.

Yet it has also been beautiful. Pain is funny that way. The 7 p.m. din of applause and vuvuzelas, now-faded, streaming from apartment windows. The simple pleasantries with the guys at an immigrant-run deli, where a run for milk and toilet paper qualifies as the big outing for the week. The haunting stillness of an insomniac city. The endless, inspiring examples of solidarity and public service, like Brooklyn Borough President Eric Adams, who spent several of the early nights of the pandemic sleeping on the floor of his office.

The pandemic has made homebodies of nearly all of us, and for most, "home" is a singular concept. One place, with all its limitations, where the roots are. Where the heart is. But for someone like Andrew Yang, riding this nightmare out in a space not designated for vacations is beyond the scope of comprehension. If you don't have to stay, why would you?

Might I have bolted had I the option, like Yang, of riding out the pandemic with my family in a big house in an artsy little town? If my finances and family obligations were different? Perhaps. But when you love a place — really love it, deeply in your bones — you just don't call yourself "lucky" to flee it, especially not in its hardest, darkest days. That's the part of Yang's New Paltz narrative that I can't shake off. Not just the failure of empathy in "can you imagine?" The relief he has signaled over getting out of the city he wants to govern, away from the people he claims to represent.

I can understand why my friends left. Whatever Yang's other credentials may be, I can't for the life of me grasp why somebody who wants my vote for mayor would. You want to run this logistical nightmare we call New York? You'd better be one hundred percent ride or die for it.

Even at its worst, there has never been a single day of my life in this difficult, dirty, heartbreaking city I have not been acutely aware of what incredible good fortune I have to live here. I appreciate that good fortune more than ever, thanks to the everyday heroism of nurses and MTA workers and pizza delivery guys, and the firsthand knowledge that an empty Times Square is exponentially more terrible than a crowded one. Simply put, it's my home. As E.B. White famously observed, "No one should come to New York to live unless he is willing to be lucky." And what we all deserve from leaders are people who, whatever personal choices they need to make in unprecedented circumstances, know that having the means of leaving town isn't the only thing that makes someone lucky. That staying, impossible as it sounds, does too. Can you imagine?