Oscar winners Denzel Washington, Rami Malek and Jared Leto make the most of what ultimately is a poor script 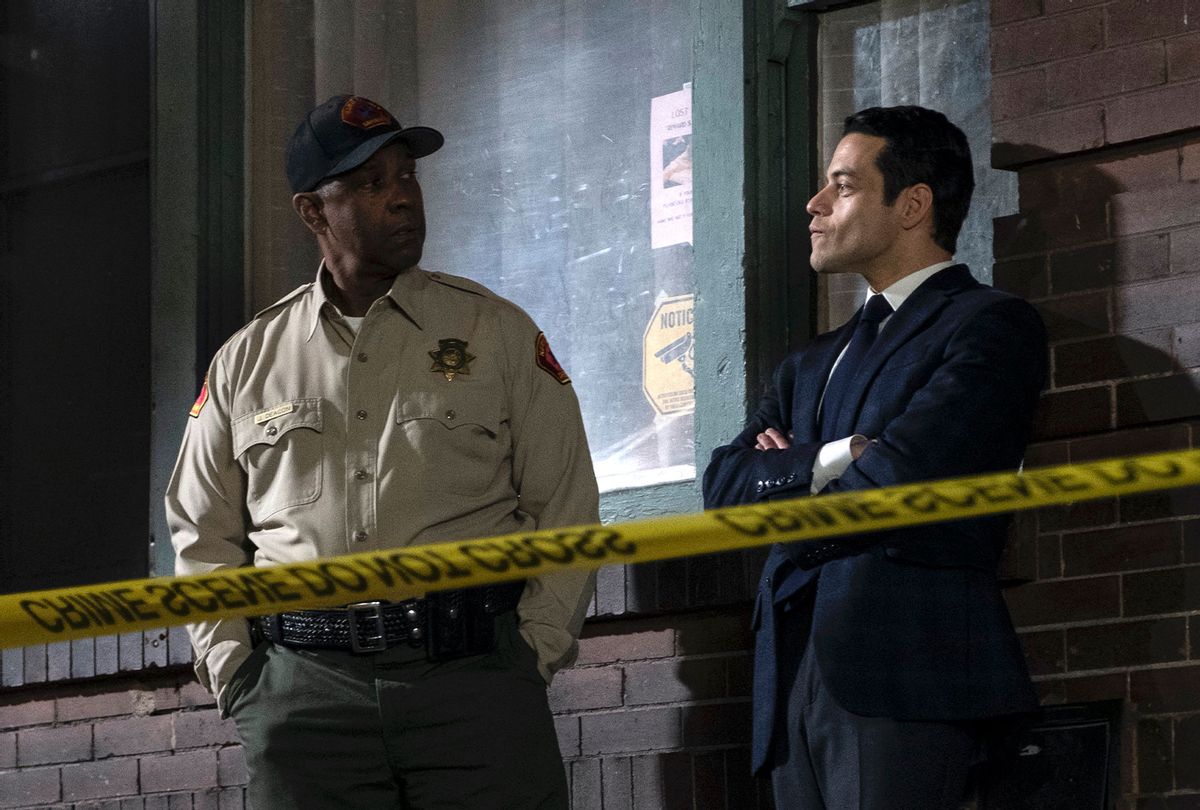 Denzel Washington is a master of smolder and brooding.  Rami Malek has a chameleonic presence that enables him to transform a scene's mood via barely perceptible changes like the set of his jaw or a smirk. And Jared Leto excels at evoking the cartoonish side of creepy.

Taken separately each actor has a way of uplifting the work they're in. Put them together and you'd better hope the script can handle whatever they put out.

"The Little Things," John Lee Hancock's 1990s-set thriller, is not up to the task despite each man giving it his best shot, especially Washington, for whom the film represents a return to familiar lawman territory. While the roles that established Washington as one of the best actors of his generation are serious biographical pieces – "Glory," "Malcolm X," "The Hurricane" – it was his work as a cop in 2001's "Training Day" that finally won him the Best Actor Oscar.

After that came major action roles like "Man on Fire" and "The Equalizer" that cemented him as a major star. Washington's recent focus has been on theater and plays adapted for the screen, which makes this West Coast noir thriller something of a throwback for him.

While fellow Oscar winners Malek ("Bohemian Rhapsody," "Mr. Robot") and Leto ("Dallas Buyers Club") share the screen with Washington, the story is very plainly constructed for him and his unparalleled ability to work the hell out of silence and pauses. Even so, his character Joe Deacon is a departure from other taciturn men Washington has played, figures whose purposeful quietude serves as a lockbox holding back secrets and hiding talents.

Deke, as he's known, is a man hiding out from a past that's eating away at him by donning a Kern County Deputy Sheriff's uniform. From the moment he appears it's obvious he's too good for this job, and soon enough we get a bit of backstory from an old colleague of his in Los Angeles, where he was the big cheese on the local homicide squad.

Something went terribly wrong back then, causing his career, marriage and health to implode within the space of half a year. "A rush-hour train wreck," one of his old partners says as a warning to the new hot shot Jim Baxter (Rami Malek) who spots Deke while he's in town on an errand and invites him to consult on a case he's working. Jim knows Deke by reputation and figures he can use his help on what appears to be a serial killer case.

Since Deke is employed elsewhere Jim doesn't fear losing his position in the department; besides, with all the warnings coming Jim's way from superiors and co-workers it's not as if anyone is champing at the bit to have Deke back on the force.

Hancock ("The Blind Side," "The Founder") wrote and directed "The Little Things," and visually he nails the tone of the '90s-style L.A. noir and the air of unease present in the oeuvre's best known films from auteurs like Curtis Hanson and David Fincher. But this familiarity has its pros and cons.

Following a wary dance back and forth the two men fall into a rhythm recognizable to devourers of that era's serial killer films set. And once Leto's Albert Sparma enters the story the entire scene takes a turn for the aggressively outlandish. Sparma is a blue collar guy with peculiar mannerisms who rubs Deke the wrong way, transforming him from a quiet clue hunter battling the urge to pick up a case long gone cold into a rumpled, haunted crusader.

Jim, supposedly more by-the-book than Deke and described as a holy roller at that, steadily surrenders to the gravitational pull of Deke's obsession. Everybody makes decisions that don't many any sense building toward an outcome that you may struggle to care about.

Following "The Little Things" requires a significant amount of patience and a broad interpretation of the term "slow burn." Washington's and Malek's performances are initially stalwart enough to keep our attention, and as mentioned earlier they're both skilled as acting the hell out of whatever situation they've been placed in. But there comes a point at which all their energetic efforts fail to compensate for a middling script. Leto's sideshow staginess doesn't help matters.

I've long balked at movies that take their titles from a supposedly definitive line a character says. It feels hacky, for one thing, and it jerks us by the collar, taking us out of the narrative flow. Washington loads the title line with portent and melancholy as he delivers it, and it still sounds trite. That's the nature of small annoyances, I guess; a hike to the world's loveliest vista can be ruined by a tiny pebble in your boot.

Holding this film back is something more significant, a flaccid script written around a half-decent premise that some of the best actors currently working can sell in moments, but not as a whole. Hancock nailed the casting, and the score, soundtrack and the small details will certainly take Gen X filmgoers back to their heyday. But without that major, vital piece of the structure in place "The Little Things" is a rickety mystery that never completely comes together.

"The Little Things" is currently streaming on HBO Max.