Marvel finally adds a gay title hero in "Eternals," only to have film banned in some countries

The new MCU film features an ensemble of immortal beings, one of whom has a same-sex relationship on Earth 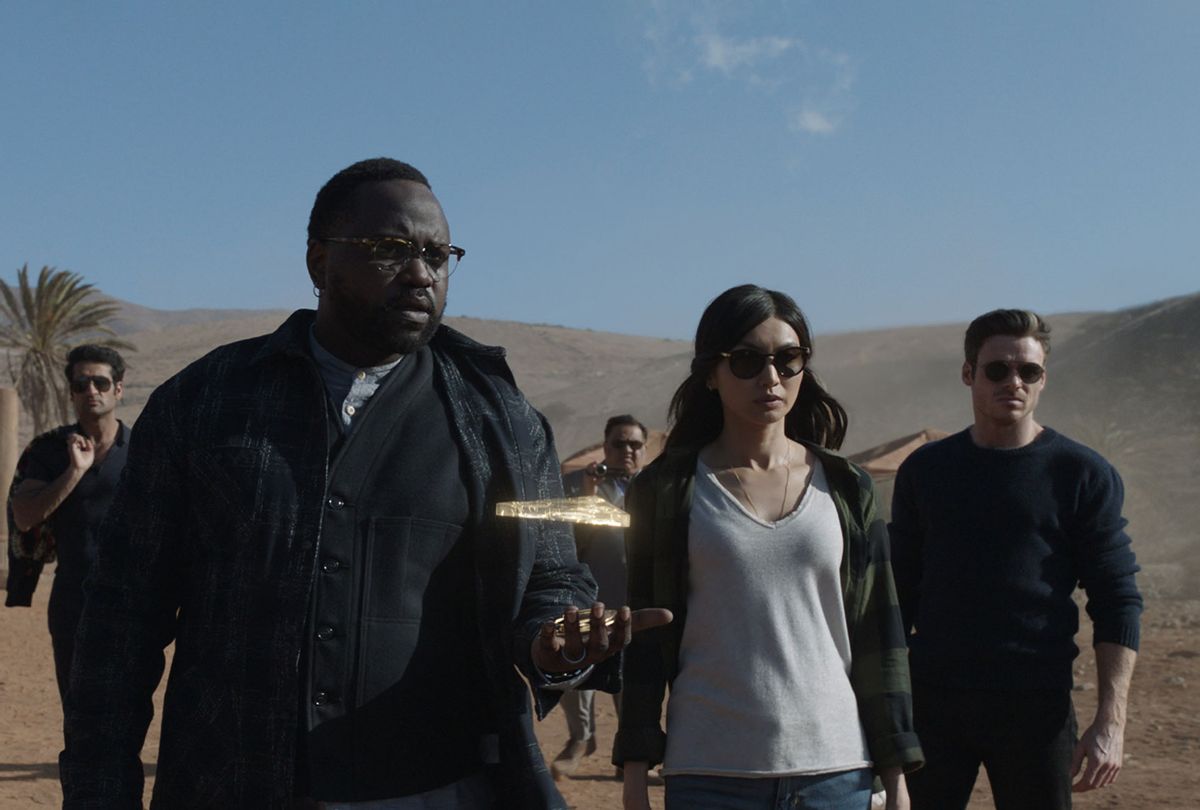 Marvel fans everywhere have been transfixed by stories of heroes who can fly, turn into monsters, manipulate elements, or have super speed.

But some have a hard time with a hero . . . who also happens to be queer.

In the latest MCU film "Eternals," directed by Oscar winner Chloe Zhao, a race of immortal beings with superhuman powers secretly live on Earth for thousands of years and fight evil Deviants before they destroy human life on Earth. One of these heroes is Phastos (Brian Tyree Henry, "Atlanta"), who has a relationship with a human man and starts a family with him.

Qatar and Saudi Arabia have reportedly pulled "Eternals" from theaters because Phastos shares a same-sex kiss with his partner in the movie. The LA Times reports, "Listings for 'Eternals,' which had been publicized before, are unavailable on websites in both countries, as well as in Kuwait. Regional booking website elCinema.com, which posts theater listings by country as well as what's coming soon, also doesn't list 'Eternals' in several Gulf countries."

Angelina Jolie, who plays a fellow Eternal named Thena, said in an interview with News.com, "I'm sad for [those audiences]. And I'm proud of Marvel for refusing to cut those scenes out . . . I still don't understand how we live in a world today where there's still [people who] would not see the family Phastos has and the beauty of that relationship and that love. How anybody is angry about it, threatened by it, doesn't approve or appreciate it is ignorant."

"Eternals" is part of the MCU's Phase Four content that includes "WandaVision," "The Falcon and the Winter Soldier," "Black Widow," "Loki" and "Shang-Chi and the Legend of the Ten Rings."

Homosexuality is still illegal in some Gulf countries, and is punishable by the death penalty in Qatar and Saudi Arabia. "Eternals" isn't the first film to be banned for LGBTQ+ content: after the release of Pixar's "Onward" in 2020, cinemas in Gulf countries banned it due to one line referencing a lesbian relationship.

"Eternals" is now in theaters.