"You Mean Everything to Me" star Morgan Saylor on this seductive cautionary tale: "I love bleakness" 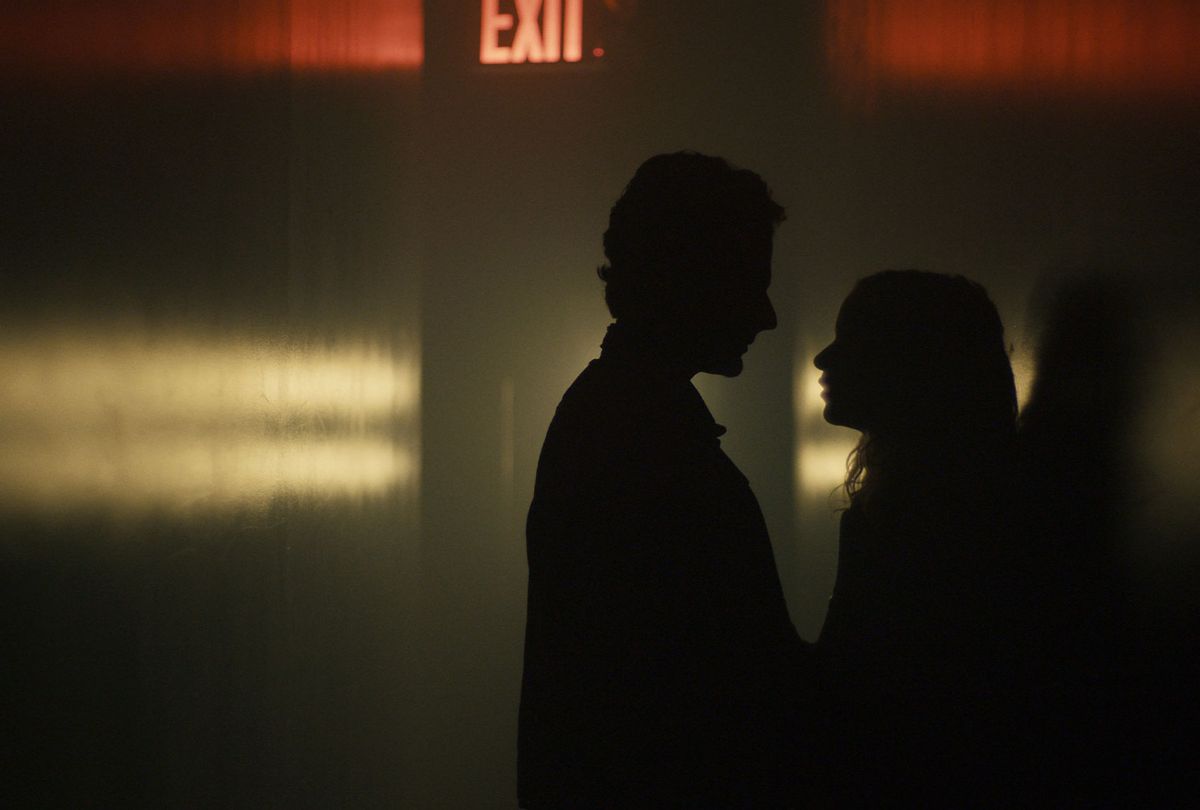 Morgan Saylor is never less than riveting whenever she is on screen. The actress, who first attracted attention for her work on Showtime's espionage series "Homeland" and had a breakout role in the indie drama "White Girl," has also charmed in the little seen romance, "Anywhere with You" and the crime-comedy, "Blow the Man Down." Her latest film, "You Mean Everything to Me," by writer/director Bryan Wizemann, confirms what anyone who has seen this impressive actress already knows — that she is fearless on screen, often playing lost young women who make a series of increasingly bad decisions for the sake of self-preservation.

What makes Saylor's performances so remarkable is seeing how her characters transform from innocent to anxious to desperate. She can be vulnerable one minute, flashing puppy dog eyes that beg for compassion, and obdurate the next, asserting her independence with a fierce determination that shows her mettle. And she could be putting on a false front to hide how scared her character is. The depths she plumbs is why her heroines remain seared in one's brain.

Saylor gets to do all this and more in "You Mean Everything to Me." As Cassandra, a down-on-her-luck young woman who is first seen sleeping in her car. She meets Nathan (Ben Rosenfield of "Boardwalk Empire"), a DJ, in a bar. He seduces her with his looks and his charm. Cassie quickly moves in with him — her older, married sister, Roxanne (Lindsay Burdge) won't let her crash at her house — and reluctantly agrees to dance at the strip club where he spins. Nathan becomes increasingly more controlling, which eventually prompts Cassandra to reevaluate their relationship — but is it too late?

"You Mean Everything to Me" is a cautionary tale that has Cassandra becoming trapped in a series of compromising situations. Saylor's gutsy performance is why viewers will hold their breath as the film unfolds.

Salon spoke with Saylor about her new film and her penchant for playing troubled women, her real-life relationship with Rosenfield, and even the narrative pleasure of calculus.

What attracts you to playing impulsive, hardscrabble young women who make poor decisions?

I'm not sure why that is. I'm also a writer. I began the process of creating narratives myself. I do find there's a lot of that in there too. Hopefully, I do not make as many bad decisions in my real life, but I am interested in the fallibility and messiness of people. That is very interesting territory. I love it. I'm [in school] writing finals right now about Russian novels — Nastasya Filippovna's death in Dostoevsky's "The Idiot," and "Anna Karenina" — so, I love bleakness. [Laughs]. I liked f**ked up stuff. There are a lot of bad decisions in those novels, but it's heartbreaking and its real.

When I first read "White Girl," for example, I was a little turned off by her character, of course. She makes decisions I would hope not to make. But I made it my mission before I shot that film that I want to make this character's heart visible. I want to have the audience feel the journey she is going on and have it, logically, make sense. We need to understand what she is going through. I also think that these characters are young, and their frontal lobes are not fully developed. It makes it harder to understand the healthy choice or the positive thing in their life. I don't know why I have done so many of these character in a row, maybe that's just what gets sent my way. I'd love to do a happy comedy. 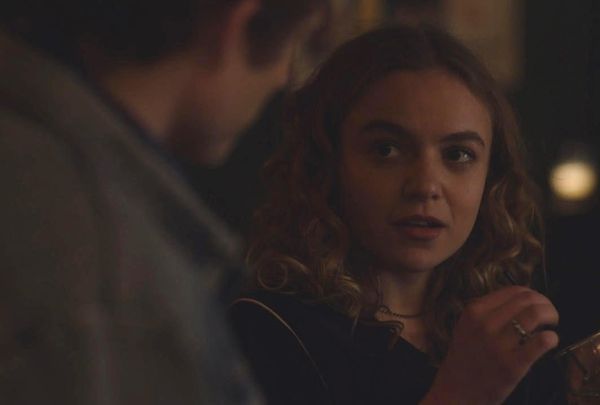 Morgan Saylor in "You Mean Everything to Me" (Factory 25)

I like that the film drops us into Cassie's life right as she's at a turning point. We don't know much of her backstory, or what brought her to this moment in time. What decisions did you make about the character?

Bryan [Wizemann] was really collaborative in that sense. We did create a backstory that she had been living with a guy in Austin and ready to start a new chapter. She came from a bad situation — not abuse — and, despite living in her car, was ready to believe in this ability to reinvent herself that was, unfortunately, not what happens.

How much agency do you think Cassie has? Cassie is reluctant to cause trouble with her sister. She takes molly when she doesn't want to. Nathan says, "It's your decision," at times when she often feels it is not.

That might have to do with her age, she is figuring out that she can set boundaries and build a life she wants. She doesn't want the molly, but there is no other option. Does she go back to her car and just sit alone? It was a tiptoeing along that line between having a decent [thought] in your head, but not having the means to make it a reality. This story is based on someone Bryan knew as a young person. He grew up in Vegas, where the story actually took place.

Why do you think Cassandra falls so easily for Nathan? She is trying to take control of her life and build up her self-worth when she meets him, but quickly bends to Nathan's will after meeting him. I liken it to how people are preyed upon and can be indoctrinated into cults. Their relationship becomes a form of Stockholm Syndrome.

The relationship she came from probably had codependent issues too. She has been in this boat before — it was not as intense — but she relied on other people for more than she has wanted to in her past. It is an easy fit because of that, but also the allure of this character, Nathan, how charming Nathan is. He's someone she's never met, and he represents someone who is part of her dream, and he has that façade of making it work in New York, which is all she wants, too. Oddly, in love — and it's a drug, sure — but even in successful relationships, you take this leap of faith. There is a point where you think, I believe in this person, and I trust them, and were going to do this.

Can you talk about working with Ben, who is your real-life partner?

It's crazy! It's been three years since we made the movie, and we fell in love making it. We live together and have built a life together. We met briefly when he played Zoe Kazan's brother in a play. The week before we made this movie, I told Zoe I was making this movie with Ben, and she was like, "You guys are going to fall in love!" As soon as Ben and I had our first lunch before the movie, we had a real kinship. We had a lot of the same tastes in art and how we make art. It was magical to fall in love on top of all the intensity of this performance. I went back to Los Angeles after the shoot. I got pneumonia from the shoot. I was sick in bed, and I missed Ben. We couldn't stop thinking about one another. Two months later, we were in the same city and have been inseparable ever since.

How did you see Cassie's relationship with her sister? They care about the other, but have trouble expressing their true feelings.

We discussed that relationship very thoroughly before it began. She is the other most important person in Cassie's life. I related; I have an older brother, and we are close. The bane of Cassie's existence is that her sister left her alone with their parents. That happens with siblings. Even though Roxanne is in an unhappy marriage, that's something Cassie is also jealous of. From the outside, the grass is greener, and you have your life together and outside of me, which is another younger sibling classic vibe — you forgot about me. You are supposed to be my keeper, and you left me behind, which is why, when she really does need help, it makes it harder to ask for it, or be vulnerable with her sister.

There are several moments in the film where Cassie is put in scenes of a sexual nature. "You Mean Everything to Me" depicts the horrors of an underground sex industry that abuses women. What did you think about the film's approach to and presentation of these issues?

Bryan was passionate about this topic. Even his first film was about a woman going through a lot. It was definitely something I was excited to bring to life because people feel uncomfortable talking about it — which totally makes sense — but it is a very real and problematic thing that exists in our world, and how else can we make change If we don't talk about it? It was difficult shooting it because Bryan was uncomfortable directing a lot of that stuff. Our industry is changing. I am working with an intimacy coordinator now for the first time, which wasn't even a job when I made "White Girl." It is easier to have talks about any kind of intimacy with a woman, I've found, mostly because a man is uncomfortable discussing it. So, a lot of that was up to me, which was interesting and confusing, honestly.

Thanks to my team, I have final cut on nudity for these indies, and that is a huge relief. I had them shorten the dance scene in this film because it felt long to me. "You Mean Everything to Me" and "White Girl," are movies that are very sexual, and to me, that involves sex and nudity. It's confusing — the line of exploitive or showy and excessive versus the story. I'm still learning what that means, and it, of course, depends on the project.

The scene where Nathan makes Cassie take off all her clothes was terrifying to shoot, of course, but it felt really powerful in its message in a way. That he is able to literally strip her of everything she has, and she has no power to do anything against that. And I think that is very true and real for women in those kinds of relationships, because you don't know when it is going to turn violent. When a man is yelling at you, you don't feel like you have any power to do anything. Whether that means you are stripped of all your clothes or all your emotions, or whatever, it is the most vulnerable feeling. That scene, that action of her being left without anything, was an expression of the emotionality of that to me. As uncomfortable as it was to film it, it felt right for the story.

Cassie has a talent with sewing. What hidden talents do you have?

I definitely was a pandemic baker. I got into the sourdough. I love mathematics. That is one of my secret weapons. That is what I started studying when I went to college. My favorite is calculus. I think there are a lot of parallels between narratives and calculus, how you can analyze a sine curve and plug it into the hero's journey. It's there. I love thinking about dimensions and planes and infinity. Infinity is one of my favorite things.

"You Mean Everything to Me" opens in theatres Dec. 17, Watch a trailer for it below, via YouTube.

Interview Morgan Saylor Movies You Mean Everything To Me