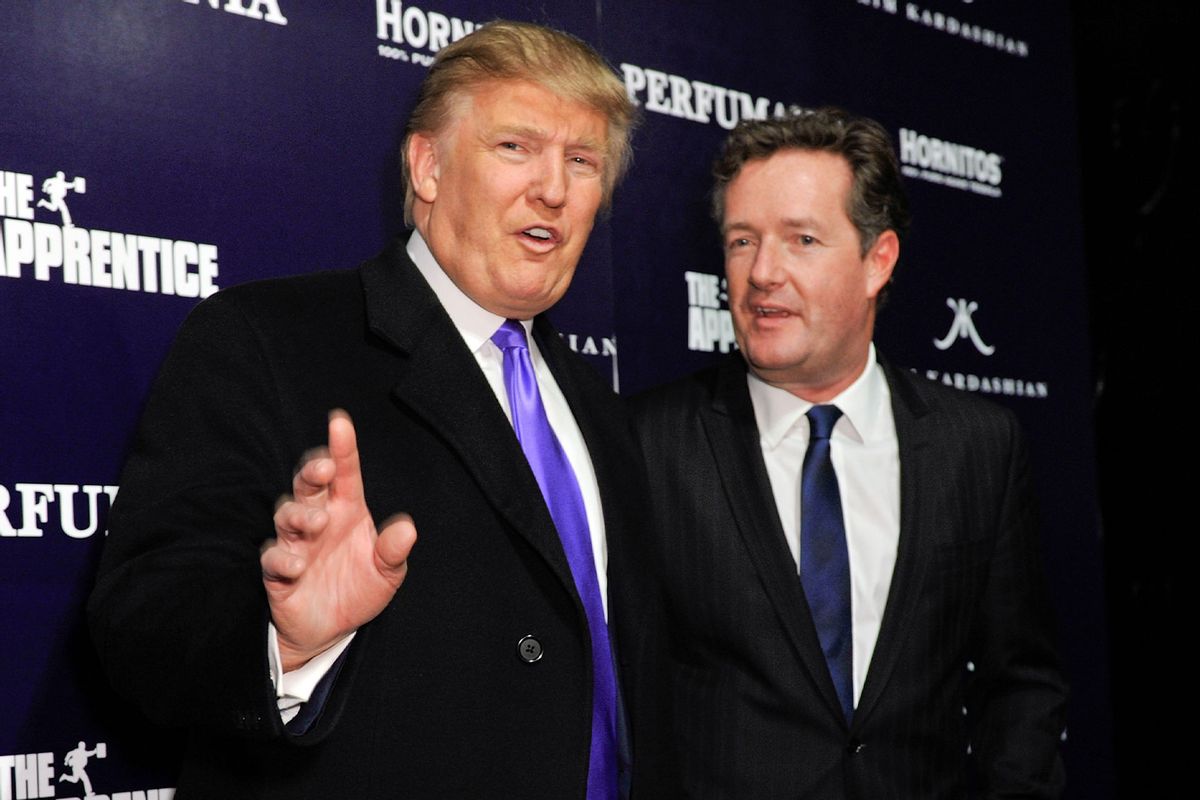 With all the bad press that he's been getting lately, you'd think that former President Donald Trump could use the opportunity in an interview to address something of substance. But nope, as usual if he's not praising himself, he's trying to trash someone else who has no connection to anything remotely relevant to him.

This time around, he uses his recent appearance on "Piers Morgan Uncensored" Monday night to trash Prince Harry and Meghan Markle, the Duke and Duchess of Sussex. Perhaps it's Trump's way of showing loyalty since Morgan has a nasty history with trashing Markle.

"I won't use the full expression, but Harry is whipped like no person I think I've ever seen," Trump says in a sneak peek Rupert Murdoch's newly launched TalkTV tweeted. "I'm not a fan of Meghan, I'm not a fan, and I wasn't, right from the beginning. I think poor Harry is being led around by his nose."

When asked if he thinks the relationship will eventually come to an end, Trump of course decides he's Nostradamus.

"I've been a very good predictor, as you know, I've predicted almost everything. It'll end, and it'll end bad," Trump asserts. "I wonder if Harry's going to go back on his hands and knees and say please. You know, I think Harry's been led down a path."

For the most part, both Trump and Morgan bond over their shared dislike for the couple, who stepped back as senior members of the royal family in 2020 and settled in California. Morgan, who was once friends with Markle before she met Prince Harry, has since become one of her biggest critics. In 2021, Morgan made headlines for his callous remarks about Markle following her March 2021 interview with Oprah Winfrey, in which she said a member of the royal family made racist comments about her son Archie.

"Effectively I was censored at my previous job and told to apologise to Meghan Markle for an honestly held opinion, which obviously I wasn't going to do," Morgan later said, per The Wrap. "Pushy little Princess Pinocchio tried her utmost to cancel me, and she will be in for a very unpleasant surprise when I emerge, like Lazarus, from my den."

The former president previously said he's "not a fan" of Markle after both the Duchess and the Prince encouraged Americans to register to vote ahead of the 2020 presidential election and allegedly, advocated for Democratic nominee Joe Biden.

"I'm not a fan of hers, and I would say this — and she probably has heard that — but, I wish a lot of luck to Harry, because he's going to need it," Trump said during a Sept. 2020 White House briefing.

During his conversation with Morgan, Trump adds that if he was in the queen's position, he would have stripped both Markle and Prince Harry of their royal titles.

"[T]he only thing I disagree with the queen on, probably one of the only things ever, is that I think she should have said, 'If that's your choice fine, but you no longer have titles and frankly don't come around,'" Trump says. "He [Harry] has been so disrespectful to the country and I think he's an embarrassment."

Trump's two-part interview on "Piers Morgan Uncensored" airs on Monday and Tuesday in the UK and Australia on TalkTV, which also features another show from a Piers Morgan pal, Sharon Osbourne's "The Talk" (after she left a show of the same name after her meltdown over racism). Since TalkTV is owned by Rupert Murdoch, "Uncensored" will also be available to stream for Fox Nation subscribers.

In the show's brief teaser, Morgan calls Trump "pathological" for believing the 2020 election was stolen, which then prompts Trump to storm off mid-interview. Trump later said he was poorly showcased and claimed the clip was badly edited.

Watch the official teaser for "Piers Morgan Uncensored," via YouTube: