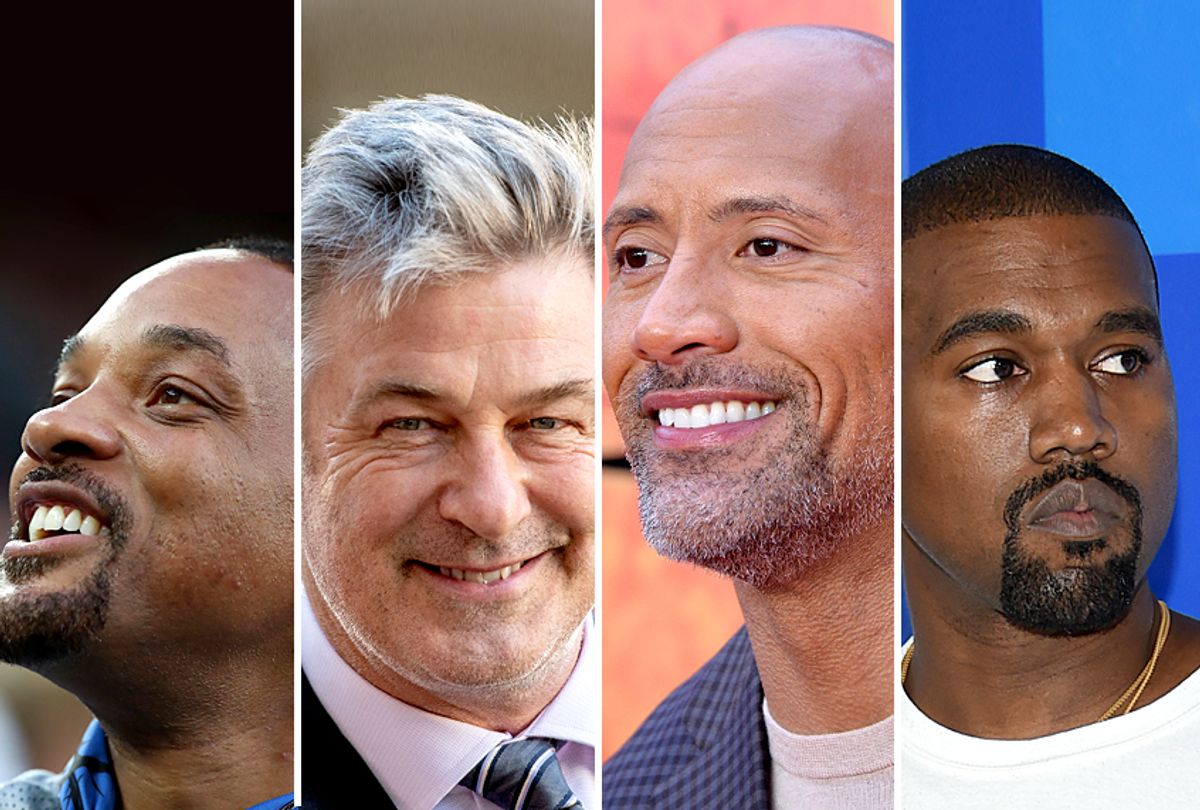 Alec Baldwin isn't just confident that he can portray President Donald Trump, but he believes he could beat him in a presidential election, too.

During an interview with Howard Stern Monday, Baldwin said there are only a couple people who have the potential to beat Trump in 2020, and he is one of them. "If I ran, I would win," he said confidently. "I would absolutely win. I would 1,000 percent win. . . It would be the funniest, most exciting, most crazy campaign."

Baldwin's parody of Trump on "Saturday Night Live," complete with orange skin, lip puckering, squinting and tiny hand gestures, is just one of the ways he sticks it to the president. The two have an ongoing feud.

"I could go out on the street, stand on any corner and tap 10 people on the shoulder. And all 10 of them, in all likelihood, would be more qualified — ethically, morally, intellectually and spiritually — than Trump," Baldwin told the Hollywood Reporter in March.

Meanwhile, Trump has railed at the actor on Twitter for his impersonation of him on "SNL."

Baldwin told Stern that "I’m only saying that [I would run] because people don’t really have a sense of who’s going to come up."

"Somebody great’s going to come up, I hope," he added. "But the only reason I say that is because I’d love to run for that kind of position, to have things be very common-sense. There’s so many things this country needs to do that are so obvious."

Baldwin has teased a run before, as have many celebrities. If anything, it seems celebrities of all stripes, including Trump critics, feel empowered by the reality star's rise to the highest office in this country with no political, public or military experience on his resume.

Here's a list of celebrities who've expressed interest in running in 2020. With Kim Kardashian West negotiating prison reform and Dennis Rodman unofficially assisting with foreign diplomacy, they may even take their shot next.

The "Fresh Prince of Bel Air" actor first toyed with the idea in 2015. "If people keep saying all the crazy kinds of stuff they've been saying on the news lately about walls and Muslims, they're going to force me into the political arena," Smith told CBS. "I mean, I gotta be the President. Come on! What else would I run for?”

The billionaire investor and entrepreneur has said several times that he's considering a run. "I think that given the circumstances, there’s a unique opportunity for someone like me who’s independent and not affiliated to a party in any way," Cuban told The New York Times DealBook conference in November. "I think that people are looking for an independent voice. A real independent voice that has at least an inkling of what they’re talking about."

The actor has long been a liberal supporter and activist, and both his parents dabbled in politics. Clooney's father unsuccessfully ran for Congress in 2004 and his mother was a local city council member.

Last year, the wrestler turned entertainer said he was "seriously considering" running for president, and one poll from 2017 suggested that he'd win.

"So I can tell you with all honesty that the consideration comes at the desire from a large amount of people who would like to see this happen," Johnson told USA Today. "But I mean, honestly, there are so many different variables that have to come into play when you think about this. Politics is not my business. So the consideration is there. And we’ll just have to see. I’ll continue to watch and learn as much as I can."

At the 2015 MTV Music Awards, West said after a long, rambling rant during his acceptance of the Michael Jackson Video Vanguard Award, "and yes, as you probably could have guessed by this moment, I have decided in 2020 to run for president."

That was after West met with Trump in Trump Tower but before he called the president his brother on Twitter and promoted his signed MAGA hat, making it unlikely that West would want to challenge Trump — but Kanye can be unpredictable. Most recently, "Keep America Great #KANYE2024" posters have popped up in New York, Chicago and Los Angeles.

The Facebook founder has denied that he's running, but there is much speculation. One of the most glaring clues is his hiring of Joel Benenson as a consultant for his philanthropic project, the Chan Zuckerberg Initiative. Benenson is a Democratic pollster, former top adviser to President Barack Obama and was a chief strategist for Hillary Clinton's 2016 presidential campaign.

Winfrey is another celebrity who's denied a bid but who wields mass influence. And when she delivered a powerful speech at the Golden Globes this year, people on social media immediately began fantasizing about a Winfrey presidential run. Even Trump seemed intimidated.

The singer was a big Hillary Clinton supporter in 2016. But in an Instagram post from 2015, Perry was photographed with George W. Bush and Bill Clinton and included the caption: "42, 43, 46?!!" (Trump is the 45th president of the United States.)

One day after Trump was elected president, the "Hellboy" actor posted to Facebook and his 1.3 million followers: "I am hereby using my immense Facebook presence to announce my candidacy for the President of the United States, 2020." The announcement included a somber photo of Perlman with his hand over his heart.

The greatest celebrity presidential announcement thus far unequivocally goes to comedian Chris Rock. In a satirical Twitter post, he said, "I'm gonna run in 2020 wish me luck" and included a photo of himself suited up and with the slogan, "the only thing white is the house."

Should Oprah run for president?

After Trump, will we see a swell in celebrity politicians? It certainly seems so.