The 2019 Academy Awards: What to expect from Sunday's 91st Oscars ceremony 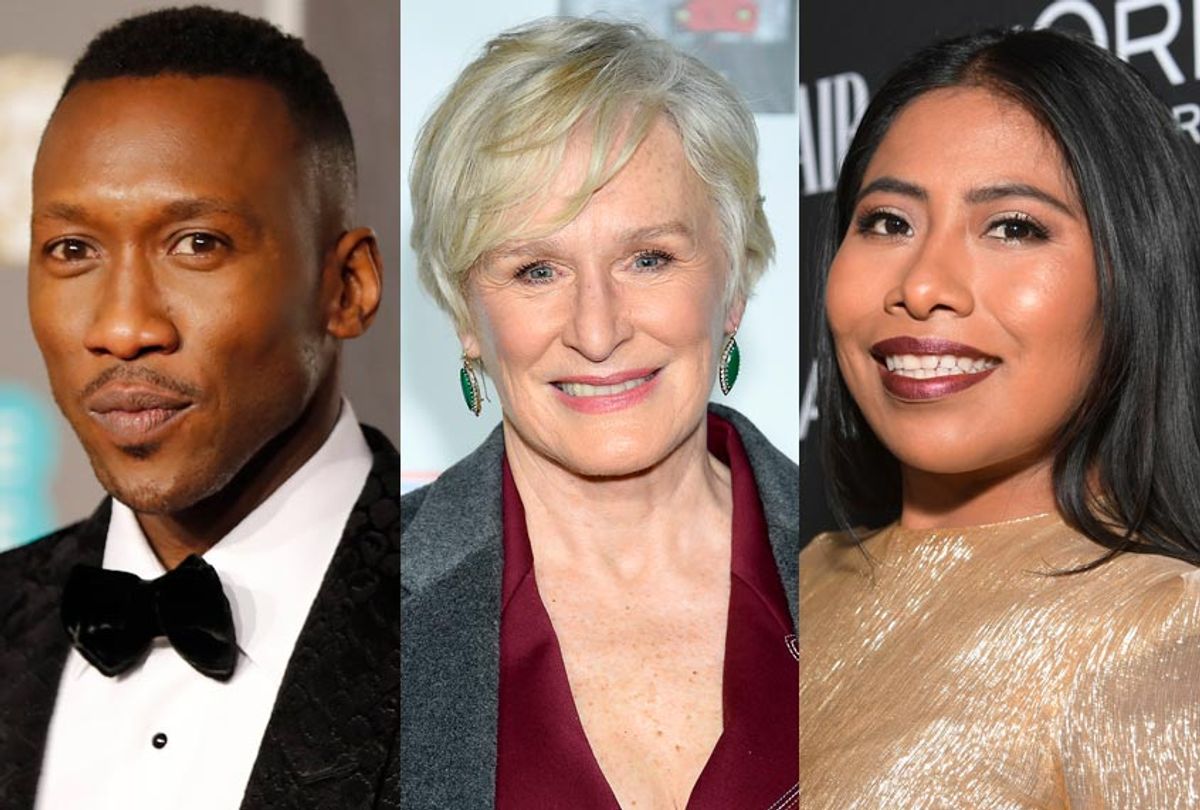 The road to the 91st Academy Awards has been a dizzying ride, with serious highs and lows, and definite whiplash, and it still remains to be seen if we're all going to throw up at the end.

There was the short-lived addition of a new category for "popular" film, which was canceled. There was the hosting debacle,  after Kevin Hart claimed the job and then stepped down within days after he refused to apologize for past homophobic tweets and jokes. There has been the seemingly unending controversy around Best Picture nominees "Bohemian Rhapsody" and "Green Book," both up for multiple awards. Most recently, there was the sudden removal of significant cinematic and technical categories from the live broadcasting, a decision that was reversed after massive outcry from the industry and cinephiles. All of the meta-Oscars conversation has made it less clear than ever what we should expect the outcomes of Sunday night's telecast to be. But here are some things to keep in mind.

The Best Picture category is poised to make history. "Roma," "A Star Is Born," "BlacKkKlansman," "Black Panther," "Bohemian Rhapsody," "The Favourite," "Green Book," and "Vice" are competing for the top honor. If Alfonso Cuarón’s black and white film wins, "Roma" would mark the first foreign-language film to take home the seminal award, as well as the first winner distributed by a streaming service (Netflix). Thus, a win for "Roma" could be an industry-altering one, both artistically and for the future of streaming platforms as major film players.

The inclusion of "Black Panther" as well is already historic, as the first super hero movie to be tapped for Best Picture. The nod for "BlacKkKlansman" is also significant, as a Spike Lee Joint has yet to win an Academy Award — his honorary Oscar aside — never mind the top honor.

The Best Actress category, featuring Glenn Close ("The Wife"), Yalitza Aparicio ("Roma"), Olivia Colman ("The Favourite"), Lady Gaga ("A Star Is Born"), and Melissa McCarthy ("Can You Ever Forgive Me"), is full of true visionaries. Aparicio's subtle, thoughtful and gut-wrenching performance in "Roma" was simply stunning. She's the first indigenous woman to be nominated for Best Actress, and only the second Mexican woman ever. But performances by Close, a seven-time Oscar nominee, and Colman will likely prove tough competition.

The Best Actor category is slightly less interesting, with Rami Malek's Freddie Mercury in "Bohemian Rhapsody" and Christian Bale's Dick Cheney in "Vice" as the two top contenders. Other nominees are Bradley Cooper for his "A Star Is Born," Willem Dafoe in "At Eternity’s Gate" and Viggo Mortensen in "Green Book." If Malek wins, at 37, he'd be one of the youngest Best Actor winners in recent years, according to the New York Times. However, the sexual assault allegations against director Bryan Singer, may have an impact on "Bohemian Rhapsody's" victories.

In the Best Supporting Actor and Actress categories, the clear winners in my opinion are Regina King in "If Beale Street Could Talk," who already won the Golden Globe, and Mahershala Ali, who has seemed to single-handedly save "Green Book" from total condemnation. Shockingly, or perhaps not, (#OscarsSoWhite is still recent and relevant) Denzel Washington is the only black actor to have more than one Academy Award, but if Ali wins, he'd become the second. He won that category two years ago for his tender, nuanced performance in "Moonlight." However, Emma Stone and Rachel Weisz of "The Favourite" also gave stellar performances, and likewise of Adam Driver in "BlacKkKlansman."

Spike Lee and Alfonso Cuarón are the frontrunners facing off against each in the Best Director category, and again, both are historic feats, with Lee potentially becoming the first black filmmaker to win. Though Cuarón has been especially victorious as a director in this award's season.

Cuarón is likely to be heavily awarded on Oscars night, both predictably and deservedly, being a favorite to take home Best Cinematography as well. It was originally one of the "technical" categories that the Academy said would not be televised — along with editing, live action short, and makeup and hair — instead to be awarded during commercial breaks. However, the decision received much blowback, including from Cuarón.

After the announcement, the director tweeted, "In the history of CINEMA, masterpieces have existed without sound, without color, without a story, without actors and without music. No one single film has ever existed without CINEMAtography and without editing." Once the Academy reversed its decision, Cuarón suggested a new path forward. "Let’s stop calling them technical categories!" he told Variety. "By calling them 'technical' and 'below-the-line,' there’s already kind of an invisible wall that creates a very false perception. They’re all artists."

The continued flip flopping by the Academy on various aspects of the Oscars telecast creates the appearance of a lack of clear vision, or rather an institution whose vision is rooted in the impossible task of trying to appease everyone. Like the Grammys, the Academy is hoping for the Oscars to stay relevant in a changing industry, in which distribution platforms are changing, and artists and audience members are demanding more diversity among cast members and storytelling and amid a #MeToo reckoning. Speaking of, it'll be interesting to see how the ceremony addresses the ongoing issues around gender — if it does at all —especially considering not a single woman director was tapped for Best Director, or their films for Best Picture. Producers are also tasked with keeping the running time somewhat reasonable and to recover from last year's record-low ratings.

But despite the Whoopi Goldberg conspiracy theories, the Oscars are going officially host-less for the first time since 1989. It was also recently announced that Queen will be performing and opening the ceremony.