Directors Gerard Bush & Christopher Renz wanted to counter "Gone With the Wind," which they deemed a horror film 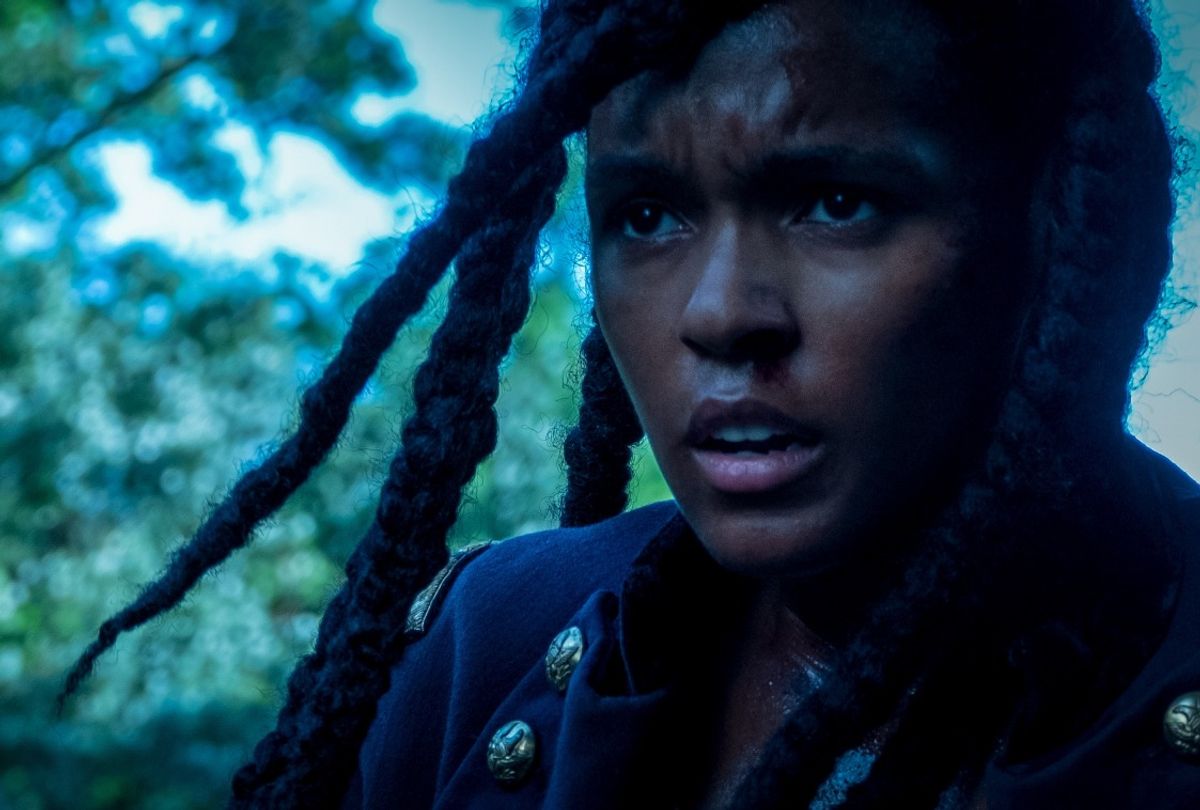 The William Faulkner quote, "The past is never dead. It's not even past," opens "Antebellum," Gerard Bush and Christopher Renz's canny new thriller.

The quote is appropriate as some of Eden's (Janelle Monáe) experiences as an enslaved woman on a Southern plantation overlap with those of Veronica (Monáe also), a professor, in the present day. It's best left to let viewers see how that happens, but Bush and Renz make the parallel storylines engaging.

The two narratives are used to show how Black women (and by extension Black men) have been treated badly throughout history. Eden is abused physically and sexually, and even branded. In contrast, Veronica speaks out against the "angry Black woman" trope and emphasizes authenticity to her fans and followers. They are two sides of the same coin in a sense, and Bush and Renz want viewers to reflect on Black Lives Matter and the macro- and microaggressions that are part of daily life for women like Eden and Veronica.

In a recent Zoom interview, the filmmakers chatted about "Antebellum."

I can see you guys getting excited as you came up with this story and some of the elements. People may pick apart the film for being gimmicky — it's a risk you take — but viewers who go along for the ride will likely appreciate it. What inspired you to tell this story, and in this very specific way?

Gerard Bush: There was no strategy in it. I had a nightmare a little bit over three years ago, shortly after my father passed. That process was rather traumatizing for me; how to reset my mother for her future and keep everything together. In this nightmare, this woman, Eden, had been screaming cross-dimensionally for help. That was the story of "Antebellum." When I awoke from the nightmare, in tears, I wrote in my notes, all of the details of that nightmare. The next morning, Christopher and I created the short story, and that was the basis for the script.

Christopher Renz: Gerard explained his nightmare to me, and I said, immediately, "We need to write this story today," and we wrote the short story that afternoon. It had to be told.

One of the things that interests me — and I do not want to offend, but to really engage with the material because it's worthy of it — is asking Black actors to play enslaved people. What aspect of these characters did you want to come across, especially in the context of this point in history?"

Bush: Our wonderful Jewish community have been very careful and vigilant in their protection in amplifying the accuracy and truth of the trauma and horror of that history. We as Black Americans have served in many ways, unwittingly, as co-conspirators in the erasure of our own history in our discomfort in confronting it over and over again. I, too, as a Black American had issues sitting through a slave narrative, to be perfectly frank. In retrospect, that is to my detriment. It is important that we confront the truth of the past head-on in all of its ugliness.

When we had these conversations with actors, the material either resonated with [the actors] or it didn't. It was important that we work with actors that felt as much a responsibility to the material as we did. We also have to serve the role as responsible stewards to the art that is entrusted to us, because it's inspiration. It comes from this mysterious place. I get the sneaking suspicion that if you are not responsible with it, and if you are not responsible with the actors and the artists that are helping you in collaboration to manifest this vision then perhaps inspiration won't come knocking again. I hope that we were really careful to provide a safe space for these artists to really dig into the material and allow the possession to take place for them to get into a headspace that grounded them in something so authentic that provides a visceral response from the audience. The actors were incredibly enthusiastic and felt they had to be a part of it.

Renz: We wanted to tell the truth with this film, and we weren't a part of this revisionist history that tries to soften what happened in the past. In the educational system we have all these textbooks that refer to enslaved people as workers from Africa, trying to soften and make people feel more comfortable. Especially in this point in our history, [we must] really take a hard, truthful, honest look at what happened. "Gone with the Wind" was an inspiration for us in that we view that film as a horror film and a type of propaganda. We wanted to correct the record on that. We went and obtained the lenses that were used to shoot "Gone with the Wind," and refit them for our cameras to literally shoot the Antebellum South in a more truthful way.

How do you want viewers to reflect on and process the themes of the racism, inequality, and microaggressions, in this era of Black Lives Matter?

Bush: These microaggressions are part of daily life for Black people in America. Black Lives Matter is a crescendo event; we're exhausted, but we recognize that it's a war of attrition. We have to continue even in our exhaustion if we want to arrive at any sense of peace with ourselves as Black Americans. Our hope is that for people that belong to the privileged class that don't necessarily recognize their history and how these microaggressions are tethered to this country's original sin and this sense of treating Black people as if we are unwanted guests in their country when the country was built on the ancestors of our stolen bodies and free labor.

Renz: If there is any way that we can play a small part to disprove the Faulkner quote that opens the film, that would be an outcome that would make us pretty happy.

Bush: The only way that we are going to get to that point is if we confront the ugly truth of the past. Otherwise, that past is going to continue to haunt our present and it is certainly going to rob us of our collective future.

"Antebellum" is very precise in the use of words, from phrases like "Blood and Soil" and "snowflake," to Dawn (Gabourey Sidibe) "woman-splaining" to several people. I love the exchange where Eden tells Julia (Kiersey Clemons) "to keep her head down and her mouth shut," and Julia responds, "Being quiet — what has that ever gotten us?" Can you talk about constructing the film's verbal content and how words and phrases used by the characters can be radioactive?

Bush: If a white supremacist saw the movie, they would know exactly what it was before anyone else because of the language we used. We also took that same language from "Gone with the Wind" — the word "inferior." We deliberately didn't have any of the white people on plantation use the N-word ever. We felt that was a cop out. That gives people an off-ramp. "I would never . . . I'm not using the language." But those are pantomimes that represent or avatars for the inequity and brutalization of the Black body collective. We were very, very deliberate about every word in the movie at all times. Because it all means something. It's all tied to actual history. We sent Jena Malone the book "They Were Her Property," about white women [as slave owners] in the Antebellum South and having full agency over the decisions and their inheritance, which was human chattel.

Renz: That goes back to the honesty — it's violence that were seeing. It's important for people to experience and understand what had happened and what is happening in a real and honest way.

Bush: It's never gratuitous. It's necessary for the story and it's necessary to tell the truth. We're not going to defang the truth of the thing. That means recognizing and depicting the causal and durable brutality of these people that represent the history of this country that is still rearing its ugly head today. We hope that we were responsible in the depiction of that violence. It could have been far more violent if we wanted to really lean into the accuracy of what it was at that time. There are no lashings with a whip. So much of what you are seeing is off screen. It's what we don't show that makes it even more brutal in some ways. We were cognizant and quite vigilant in making sure that none of our violence was gratuitous and not whitewashing what happened.

"Antebellum" is available at home on demand on Friday, Sept. 18.