Timothée Chalamet and the return of the Cool Jew

After decades of Jewish leading men playing the jester, a savior has come 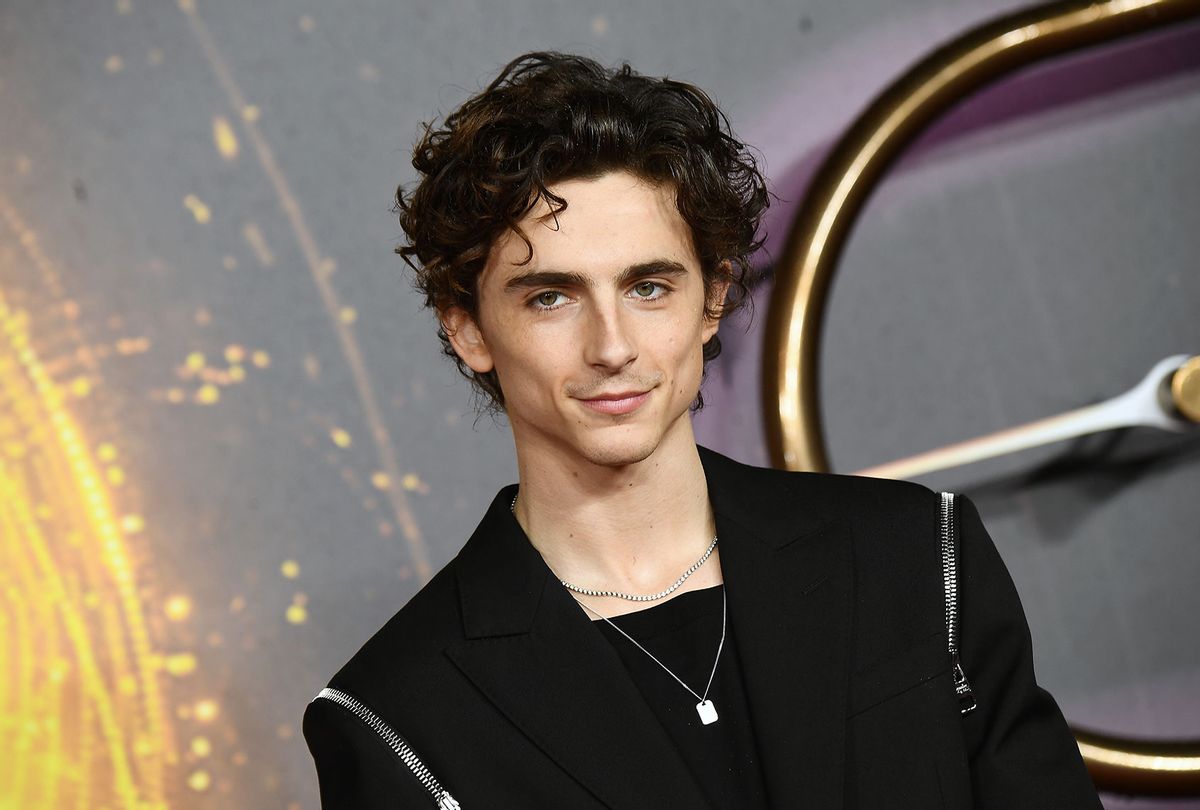 In 2006, David Marchese, Salon's then-associate music editor, wrote an impassioned lamentation on the decline of the Cool Jew. Gone were the days of James Caan heading up a powerful crime family, Richard Dreyfuss taking on a killer shark, and Dustin Hoffman seducing a mother-daughter duo. In their places stood Jerry Seinfeld, Seth Rogen, and Adam Sandler, who were deep trenches of playing schmucks and schlubs. Jews in the zeitgeist had regressed, as Marchese put it, from badasses to jackasses.

"The Godfather," "Jaws" and "The Graduate" were in the rearview, and cultural stereotypes of neurotic, emasculated men overtook the narrative. Following the abundance of Jewish sex appeal of the '60s and '70s came a period of decline, when Jewish men were no longer innately associated with mob bosses, seducers and action heroes. With "Seinfeld," "Knocked Up" and "Grown Ups" modeling Jewish men onscreen, there existed several decades in which the only available role in popular culture was that of a jester.

But then came the Messiah.

The 2017 and 2018 releases of "Lady Bird" and "Call Me by Your Name" launched a young, dark-haired Jewish actor with cheekbones to spare named Timothée Chalamet into instant celebrity. Chalamet had fans swooning over two particular words in Lady Bird: "Good girl." Director Greta Gerwig called him "a young Christian Bale crossed with a young Daniel Day-Lewis with a sprinkle of young Leonardo DiCaprio." He secured an Academy Award nomination for "Call Me by Your Name," one of the youngest to ever do so. Rumors swirled of him mingling with actresses and models. He handed out bagels at the premiere of "The King" — on Rosh Hashanah, no less. It became obvious: the Cool Jew was back.

RELATED: "Dune" is the masterful adaptation of Frank Herbert's epic we've been waiting for

It was Chalamet's leading role of Elio Perlman in "Call Me by Your Name" that cemented his wunderkind status in Hollywood. The role is one of particular importance to modern Jewry. Running parallel to his revelation of queerness, Elio struggles to find a comfortable existence within his Jewish identity, telling his lover Oliver that the Perlmans were self-described "Jews of discretion." Throughout the film, Elio's relationship with his Jewish heritage intertwines with his relationship with Oliver. Elio himself soon begins to rep a Star of David pendant, just as Oliver had since the film's beginning.

Chalamet's Jewish heritage (his mother is Jewish-American, with Russian and Austrian roots) was critical to his portrayal of Elio. The actor has noted the integral thread of Judaism that runs through "Call Me by Your Name," calling it "a driving force in the film," in a 2017 interview.

Such an accessible, yet unabashedly Jewish film earning momentous fanfare undoubtedly helped legitimize the restoration of the Cool Jew. (Though the film is undeniably Jewish, it isn't one that requires a working knowledge of Jewish traditions, which non-members could find confusing.) Thanks to Chalamet's rising star, the unflattering narrative of the Jewish man began to dissipate overnight.

Not even four years after the release of "Call Me by Your Name," Chalamet has racked up career accomplishments that rival actors twice his age. He has proven that he is no one-trick pony, snapping up everything from the period dramas "Little Women" and "The King," to sci-fi blockbusters, each gaining him a gaggle of new admirers. This year, Oct. 22 marked yet another watershed moment in the young actor's career, as he celebrated the dual release of Wes Anderson's "The French Dispatch" and Denis Villneuve's adaptation of "Dune," underscoring his versatility as both an indie darling and action hero.

Jewish action heroes have existed in recent times — with notable portrayals in "Inglourious Basterds" and "Hunters" — but rarely outside the context of the Holocaust. A Jewish action hero, no matter how badass, always had to be connected to Judaism in his mission. It is the role of Paul Atreides in "Dune" that elevates Chalamet to the kind of Jewish action hero that hasn't been seen outside of the confines of Jewish culture in decades.

Times have changed since Dustin Hoffman's Benjamin Braddock seduced both of the Robinson women. The 21st century offers a more subjective take on mainstream attractiveness that favors lankiness and femininity. Chalamet, with his long, pale limbs and shock of dark hair, is the proprietor of an aesthetic that many have compared to a sickly Victorian child, or a bewitched porcelain doll. But for every person who thinks he is better suited to be haunting a mansion than occupying the silver screen, there are many more who consider him a sex symbol.

The subversive sex appeal of unmasculine approachability fits tightly into a niche that Jewish men have long occupied. Inverting the stereotype of nebbishy Jewish men (an ethnic stereotype of a timid, submissive man, for any curious goys), actors like Chalamet are making it sexy again. Other public-facing Jews are getting the same treatment, many for the first time in their careers.

Seth Rogen is widely known for his roles in "Knocked Up," "Pineapple Express," and "Freaks and Geeks," which have him playing some sort of bumbling buffoon in one capacity or another. But he, too, has started to gain a new reputation for his sex appeal. His starring role opposite Charlize Theron in 2019's "Long Shot" portrayed a relationship between the two actors that many questioned at the time. ("As much as I would like to think we were the first to put a f**king Jewish dude and a shiksa in a movie together, we were not," Rogen told David Marchese in an interview with Vulture.) But recently, something changed. Suddenly, articles and tweets from major media outlets and regular folks alike had reached a consensus: Seth Rogen is hot. The same public revelation engulfed Adam Sandler following his groundbreaking role in "Uncut Gems."

The Cool Jew is in his Renaissance. Chalamet has at least one more "Dune" sequel on the horizon. He is also currently tackling another iteration of notorious antisemite Roald Dahl's "Charlie and the Chocolate Factory" with the prequel "Wonka." Seth Rogen has teamed up with Sarah Silverman to voice Santa Claus in the forthcoming "Santa Inc.," in what will surely be the most Jewish Christmas media of all time. Adam Sandler's success in "Uncut Gems" has begotten another dramatic role in the adaptation of "Spaceman" – about the intergalactic travels and philosophical musings of a Czech astronaut – and co-starring heavy hitters Carey Mulligan, Paul Dano and Isabella Rossellini.

With Chalamet, Rogen, Sandler, and other members of the community helping to expand the narrative of Jewish men, the Cool Jew seems to have a new place in media. As Zendaya's Chani tells Chalamet's Paul Atreides at the close of "Dune": "This is only the beginning."

Hannah Jackson is a writer from Los Angeles. You can find her tweeting into the void here.