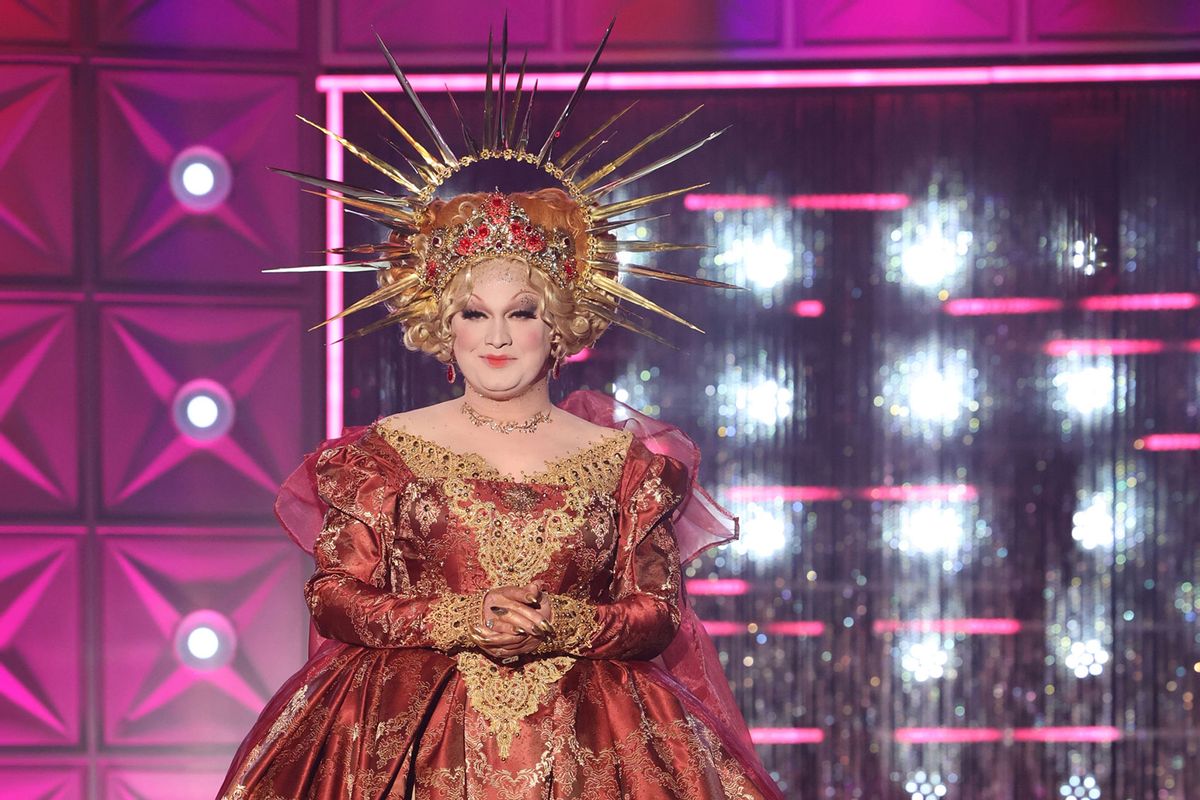 Shantay, you all stay.

For the past six seasons of "RuPaul's Drag Race All Stars," it seemed as if producers were conducting experiments. As fan favorites returned to the drag queen competition to once again compete for a crown, the show came up with more and more elaborate ways to send them home and then bring them back again via lip sync competitions . . . to varying degrees of success.

Beginning in Season 2, the top two queens would lip sync, and then the winner would have the power to choose which of the bottom two would sashay away. A few seasons later, the show switched it up, having the episode's winning queen lip sync against a former contestant known to be a Lip Sync Assassin with the power of elimination at stake. If the queen won, she picked who went home; if the assassin won, it was a group decision.

In Season 7 ... nobody goes home before they should. Most importantly, everybody has a full season to prove themselves.

The problem? No one ever quite figured out how to decide who to eliminate. Should it be the queen who had done the worst in all challenges? The one who had done the worst in this particular challenge? Should it be the shadiest queen? Or strategically should it be the best queen, to take out the competition? The decision was so stressful that in "All Stars" Season 3, frontrunner BenDeLaCreme, who had been in the Top 2 for five out of six challenges, shockingly eliminated herself instead of another undeserving queen. And the result of it all was a lot of eliminations (and therefore a few winners) that did not feel legitimate.

RELATED: Between "The Bachelor" finale and "The Talk," reality TV shows us the toll of ignoring racism

That all changed for the current, and dare we say best, incarnation of "All Stars."

In Season 7, RuPaul decided no one would be doing any sashaying at all. For the first time in "Drag Race" herstory, eight competitors, all of whom have won past seasons in the "Drag Race" televisual universe get to stick around for the whole season. Instead of competing for the power to send somebody home, they vie for star badges and the power to block someone else from getting a star the next week. At the end of the season, the four queens with the most stars will lip sync for the crown. Nobody gets punished for a mediocre Dolly Parton impression or misshapen hip pads. Nobody gets eliminated based on one weakness, like live singing or giving somebody else a drag makeover. Nobody goes home before they should. Most importantly, everybody has a full season to prove themselves. 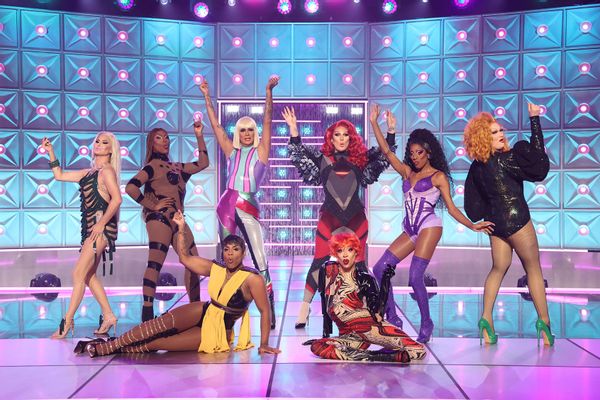 It's "Drag Race" mixed with "The Real Drag Queens of the Werk Room" — a whole new world of reality competition TV.

It may have lowered the stakes in terms of weekly TV excitement, but boy does it make for pleasant viewing, especially for longtime fans. In a regular season, every Jinkx Monsoon fan would have to dread the inevitable design challenge, because she famously cannot sew. Now, we simply get to enjoy all of the good designs without stressing, and watch these seasoned queens interact with each other in a way we never have before. It's "Drag Race" mixed with "The Real Drag Queens of the Werk Room" — a whole new world of reality competition TV.

It's a world we'd love to see other shows venture into as well.

Keeping your competitors around ... and busy

Yes, the point of CBS' long-running "Survivor" is to be the Sole Survivor, but there are other ways of surviving besides getting voted off the island, and there are also other ways to eliminate people besides one per episode. Season 40, aka "Winners at War," is still a matter of contention for "Survivor" diehards because old school "Survivor" faves like "Boston" Rob and Amber Mariano, Ethan Zohn, Parvati Shallow and Sandra Diaz-Twine were quickly picked off. That left behind newer, less compelling castaways whom the audience had less interest tuning in for. 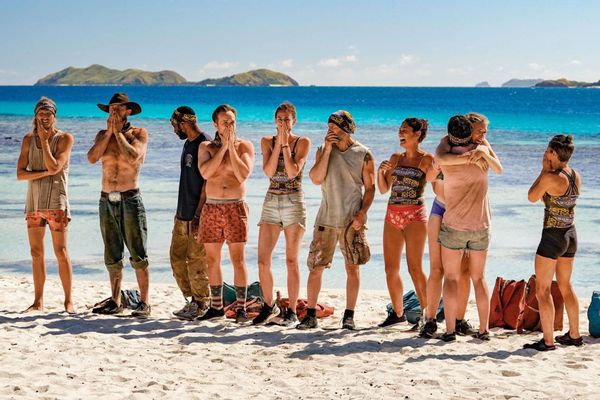 And sure, instead of going home, the castaways went to a weird island where they had to walk up a hill (a lot) for a slim chance of getting back in the game. But that is simply not the same as watching them actually play the game they're known for. As with "Drag Race All Stars," the point is to keep your competitors active and engaging the audience.

Instead of sending them to Weird Island, "Survivor" should have kept them in the game and then eliminated contenders later, in more interesting ways. Maybe a midseason checkpoint could have been more satisfying? Or set up a mass elimination right before the annual merge, perhaps? Or a tribe division based on cumulative performance?

Keeping people around doesn't have to solely apply to all star season either. Can you imagine if "The Great British Baking Show" was able to keep its funniest or most charming contestants throughout? Then we wouldn't need to say goodbye to our favorite grandma or wacky architect-turned-baker until much later, and maybe we can see them shine beyond that one Bread or Pastry challenge.

And that goes for "Top Chef" also, where many a talented chef has met their downfall with a dessert or pot of rice. Does every contestant need to know how to prepare every single style of cuisine or dish, or is there something more to be said for proven growth and adaptability? That's the exact lesson we can glean from "Last Chance Kitchen."

For many seasons now "Top Chef" has offered a second chance for those who've been ejected from the competition. "Last Chance Kitchen" is an online series that runs concurrently with the main show and allows the eliminated chefs battle each other in brief, nerve-wracking cook-offs for the opportunity to reenter the "Top Chef" contest anew. While this initially seemed like a sad consolation prize (many winners of "Last Chance Kitchen" just lost again on the show proper), in Season 10 the eliminated Kristen Kish fought her way through several episodes of "Last Chance Kitchen," back to "Top Chef" and eventually won it all, taking the title.

As with "All Stars 7," it's a lesson in allowing a person to demonstrate their value despite an earlier mistake, and Kish has proven over and over again that she's a winning talent and personality. Not only has she returned to subsequent "Top Chef" seasons as a guest judge, but she also co-stars in the TBS series "Fast Foodies" and joins Alton Brown as co-host of Netflix's "Iron Chef: Quest for an Iron Legend." Imagine what a loss it would've been for the culinary and media worlds if Kish had become forever an obscure footnote, thanks to messing up Restaurant Wars. What a shame. 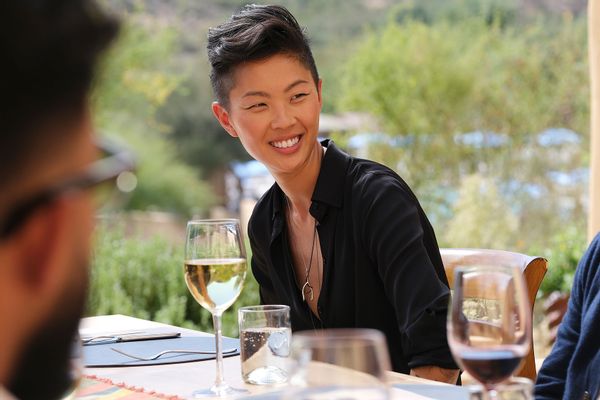 From reality TV to the real world

While the world at large has become a harsher place over the past few years and mental health has become more talked about than ever, attitudes towards TV have changed. There's more of it than ever, making the choice of what to watch harder than ever, but there's also a higher demand for shows that take away some of that stress of real life. ABC's "Abbott Elementary" became one of the biggest shows on TV, and Netflix's "Selling Sunset" just got renewed through season seven, because people are ready to gobble up anything low on stakes and high on personality. I don't watch "Drag Race" or "Survivor" to find out who goes home. I watch them to see a bunch of different personalities show off what they're made of (and throw a little shade while they're at it).

Enjoying these programs aren't just about shutting out the real world either.

There are lessons here we can all absorb into the lives we live when we're not parked on the couch shouting at drag queens, including the fact that we are not our mistakes. We are not our ugly dresses or our botched lyrics or our deflated soufflés or that giant wooden puzzle that always trips people up on "Survivor." Reality show contestants are whole people who, no matter who they are, don't deserve to be followed around by whatever failure got them voted off of a TV show. (Ok, unless they're Jeff Varner trying to gain favor during "Survivor" tribal council by outing a fellow cast member as transgender. He deserved that vote.)

We are not our mistakes. We are not our ugly dresses or our botched lyrics or our deflated soufflés or that giant wooden puzzle that always trips people up on "Survivor."

Like Yvie Oddly said in her Draguation speech just a couple of "All Stars" episodes ago, it's through failure that we "become the people we are meant to be." And like Yvie Oddly also said, misquoting RuPaul's regular pre-challenge warning, "Good luck, f**k it up." What a gift to know that **king it up doesn't always just get you kicked out the door.

Now, I'm not saying every show or even every season of "Drag Race" should adopt "All Stars 7's" rules entirely. I'm just saying maybe there's something to be said for giving all the contestants a real chance to prove why they're there in the first place, and to teach us all the valuable lesson that you actually can occasionally be a drag and still be considered a queen.