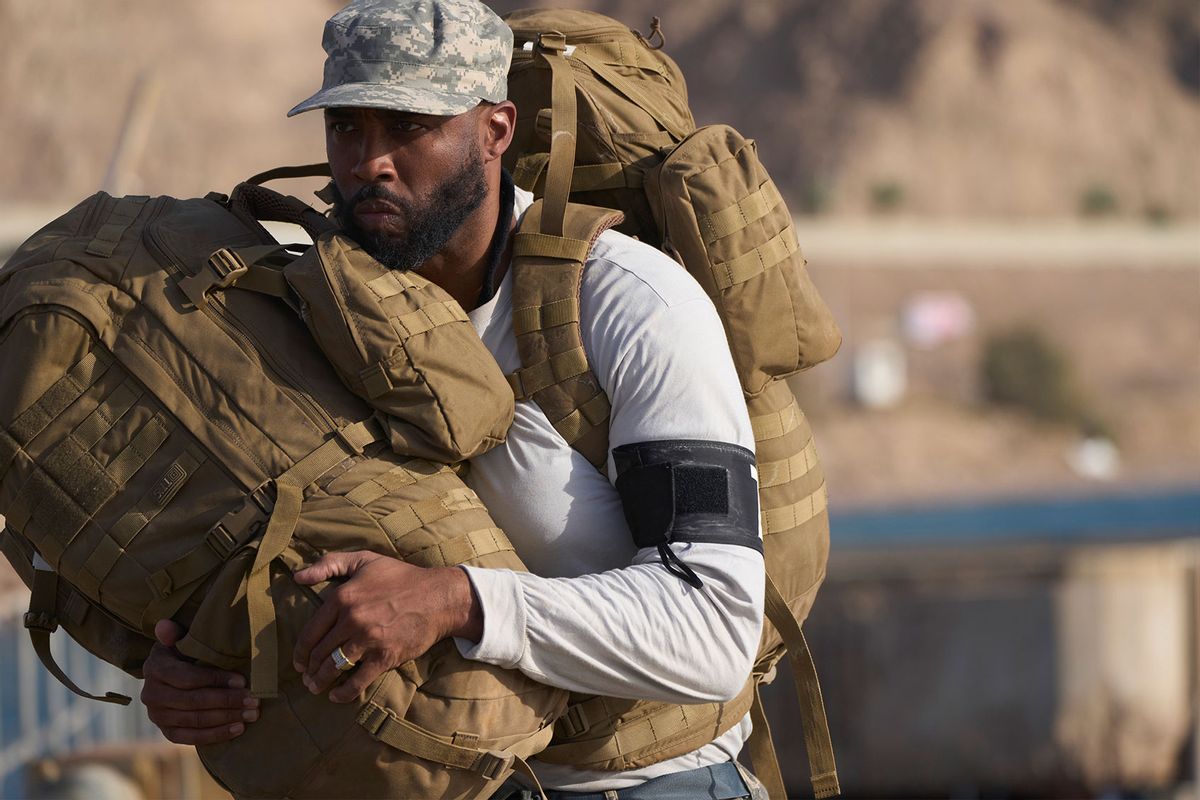 In a universe where Rudy "Walking Malpractice" Giuliani did not show up on "The Masked Singer" after playing a key role in perpetuating The Big Lie, a person could legitimately say the texts Hope Hicks sent to Ivanka Trump's former chief of staff during the insurrection are correct.

"In one day he ended every future opportunity that doesn't include speaking engagements at the local proud boys chapter," Hicks said Donald Trump as part of an exchange with Julie Radford released by the House select committee on the Jan. 6, 2021 insurrection.

"And all of us that didn't have jobs lined up will be perpetually unemployed," she added. "We all look like domestic terrorists now."

Do they, though? Americans are stubbornly and conveniently amnesiac. Given enough time – which could range anywhere from a month to a few years – people will forget Hicks and her colleagues did anything too terrible. Alyssa Farah Griffin is Exhibit A. She stood by Trump until December 2020, well after he sowed lies about the election being stolen. Now she's a cohost on "The View." ("Alyssa looks like a genius," Hicks enviously texted.)

Speaking of that: the first time I quixotically pleaded to the powers that be to refrain from enabling Spicer's post-Trump administration career aspirations, I added this postscript: "And don't you dare give any more screen time to [Anthony] Scaramucci than he's already getting." 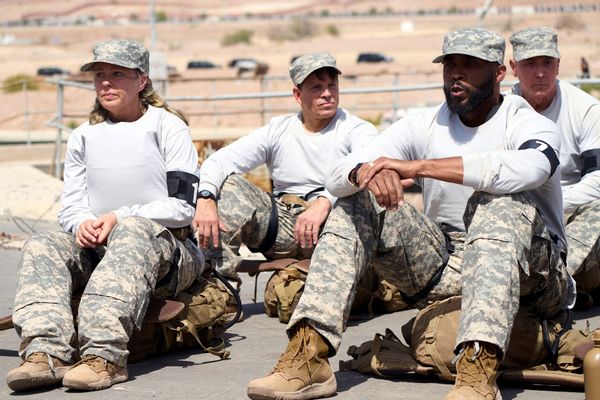 Five years after that hilariously pointless declaration, The Mooch is now a contender on Fox's "Special Forces: World's Toughest Test."

For the good of the nation, let's not normalize any Trump flunkies with primetime TV cameos

In the realm of celebrity, heroism and villainy are relative terms.

"Special Forces" is described as the "ultimate celebrity social experiment." It tosses 16 of the formerly famous or famous-to-a-specific-demographic into a desert, where quartet of ex-special forces operators push them through brutal physical challenges and subject them to relentless verbal abuse. Their challenge is to last 10 days and survive these simulations of what the producers describe as "the highly classified selection process." Most won't make it.

This unintentional infomercial for the Church of Marjorie Taylor Greene, aka CrossFit, welcomes Scaramucci into a mix that includes Jamie Lynn Spears, Dr. Drew Pinsky, Kate Gosselin and eight-time NBA All-Star Dwight Howard, who is apparently one of the league's most disliked players.

Before you sense a theme, remember that reality show producers cast potential heels to keep the mood interesting. "Special Forces" also enlists an array of professional athletes and an Olympian, along with Spice Girl Mel B, Bravo "Real Housewife" Kenya Moore and R&B singer Montell Jordan, who seems like a decent guy. 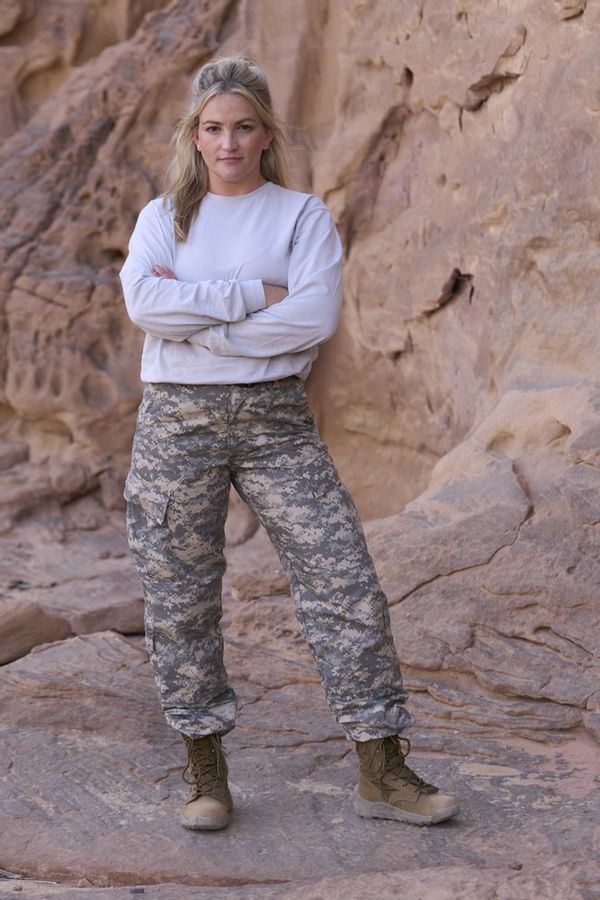 Of course, in the realm of celebrity, heroism and villainy are relative terms. Some people still love Dr. Drew despite his controversial stint hosting "Celebrity Rehab," his early contributions to coronavirus misinformation and other bad medical advice. Some people have empathy for Britney Spears' sister, although reportedly the pop singer is not one of them.

Scaramucci, meanwhile, is an opportunist who managed to parlay public humiliation into a brand strength. While Trump's bootprint was still drying on the Mooch's pants, he booked a slew of TV appearances and swooped into "Celebrity Big Brother" as the second edition's "fake" houseguest. (His appearance on that show was preceded by another Trump surrogate, Omarosa Manigault Newman.)

Faking it is not an option on "Special Forces," a show where the agents responded to giving Spears a trauma flashback and making her projectile vomit by telling her to stop crying. Later another made celebrity chef Tyler Florence crawl like an animal because he tried to suck up to him.

However, as much as one may salivate at the prospect of watching leathery, burly men hand egocentric people their asses, "Special Forces" is still very much an exercise in humanizing and humbling its contestants. The goal, one of the pros explains, is for the participants to emerge from the experience as better versions of themselves. Hence it works best as a window into a star's sense of self-awareness and vulnerability, which forecasts that some will come out looking rosier than others. 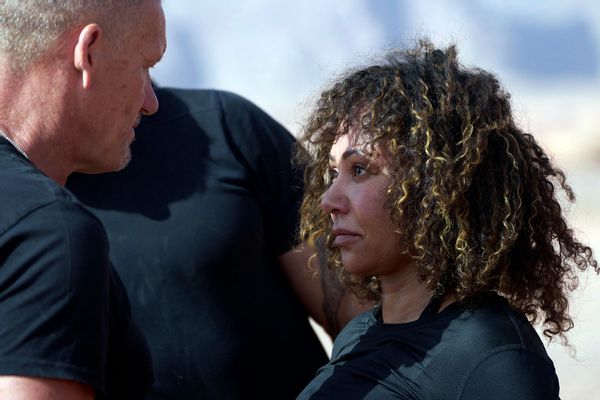 Mel B gets an early hero focus, introducing herself by explaining that she's participating to reclaim her inner strength after getting out of a decade-long abusive relationship. "I'm a Spice Girl  –  girl power," she says and wanly adds, "but my confidence got taken away from me. So this is all about me gaining it back."

"Scary Spice" already has her fans, as does Moore, who proves in an early physical test that she's a mugger's nightmare.

Sensitive admissions don't work in every participant's favor because in some cases, those confessions come from a place of vanity and ego as opposed to humility. Of course, some go the other way and are high on their own supply, only to confirm their relative frailty beyond the protective bubble of the entertainment world by collapsing before the competition even begins.

Many of them are relatively modest about their odds of success in this environment. The Mooch is not.

Explaining that he hits the gym "one and a half to two hours most days," he goes on to brag, "I was the White House communications director for 11 days before I got fired. You know, I can take a lot of heat. No problem." It's tough to tell whether that's a joke.

Every "Special Forces" contestant has something to prove, whether to themselves or to an audience whose attention they're driven to command or recapture.

Sadly, we don't get to see whether this is true in the two-hour premiere which, like every other reality competition, coalesces around a few people who embody that episode's theme. (The first is "Weakness.") Every reality show finds its raison d'etre in the edit; here, at least initially, we're presented with an athletic and psychological parable about public perception versus self-perception. 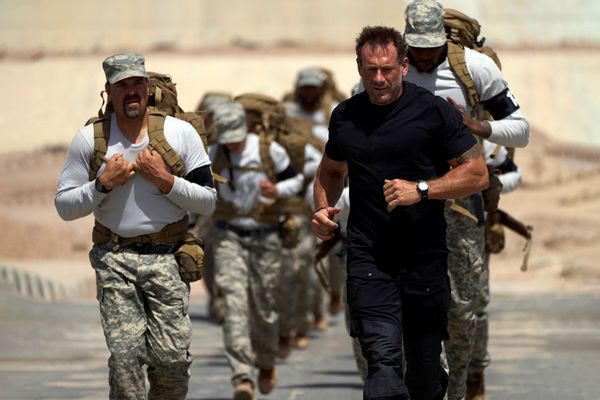 Gosselin exemplifies this as someone who used to be one of the most famous reality TV stars in the United States thanks to her time on "Jon & Kate Plus 8," and through no direct fault of her own is most recently recognizable as the poster model for what a "Karen" looks like. (Blame her famously unfortunate asymmetrical haircut.)

It takes a hard heart to not feel a mote of empathy for Gosselin as she runs dead last in a short marathon to their barracks, ugly crying the entire time. It's also easy to remember she could have kept her whole body at home and spared us and herself the discomfort and disappointment.

But the famous differ from us in this way. Every "Special Forces" contestant has something to prove, whether to themselves or to an audience whose attention they're driven to command or recapture. It's emotionally cleaner to cheer on Mel B as a survivor and a Gen X and Millennial symbol of Girl Power 2.0 than it is to watch a Trump sycophant endure beyond another person who even the military veterans were surprised to see go home.

"Special Forces" may not prove popular enough to fully restore reputations. Truth be told Howard, a basketball star, is probably more redeemable in the public's view than the record-holder for shortest tenure as a White House communications director. But it is suitable for someone like the Mooch to find temporary purchase here since this is a test of resilience. How that translates depends on to whom it refers. For someone like Mel B, it's a compliment, fueling wagers that she can outlast most of her competition.

Applying it to someone like Scaramucci insinuates a level of virulence, as if he's a flare-up of some disease that can never be fully eradicated. Call the affliction infamy, with the understanding that plenty who know better will jump at the chance to host a full comeback.