As Americans strive to educate themselves on race, here are a few TV episodes and films to get you going 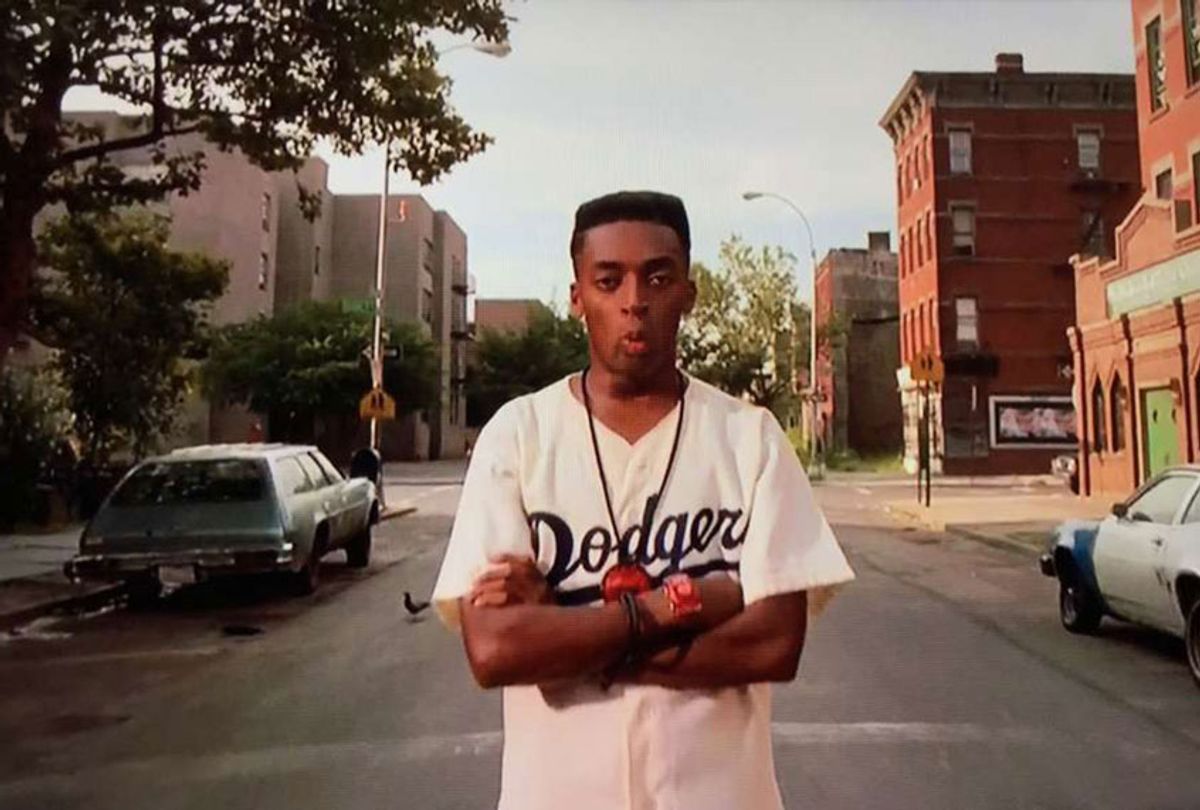 Do the Right Thing (Universal Pictures)
--

Striving to be anti-racist is a hot topic right now, evidenced in the multitude of how-to lists letting you know the do's and don'ts of allyship, what articles to seek out, and which books to read. The optimist in me is buoyed by this – good on you, America! The realist in me knows that this is a TL;DR culture in which few people have the attention or the discipline to read an entire article, let alone a book.

This is not to say you should cancel that order of "White Fragility" or "So You Want to Talk About Race" or any of the other books people have advised you to buy. You should read them, and I trust one day you will. Until that day, passive learning by screen might be more your speed.

Fortunately an array of enlightening films and educational TV series exist that can provide some historical and social context to the rising movements and street demonstrations occurring around the globe right now. This list of recommendations includes selections you've may have seen on other lists – with good reason – and a few that may be lesser known but are worth seeking out and spending time with nevertheless.

"Do the Right Thing"  (Available for rent on various platforms)

Spike Lee's 1989 masterpiece is a stellar selection at any time, but it's an excellent illustration of the problem resulting from people of different backgrounds and cultures existing next to one another but refusing to honestly reconcile with the casual racism that keeps us separated and unequal in the eyes of the law. Lee went back to this seminal film recently to recontextualize the police killing of George Floyd.

"Whose Streets?"  (Amazon Prime and Hulu)

Filmmakers Sabaah Folayan and Damon Davis created this informative chronicle of the Ferguson uprisings resulting from St. Louis, Missouri police shooting Michael Brown, an unarmed teenager, as lived by the community activists and organizers spearheading the movement. A solid primer to understand where we are now.

Ava DuVernay's Marin Luther King, Jr. drama "Selma" is likely to be on your watchlist already. But if you haven't viewed this powerful and concise examination of the racial inequities of our modern prison industry complex, rectify that immediately. The filmmaker traces our current system of mass incarceration, one that overwhelmingly ensnares Black people, back to the ratification of the 13th Amendment in 1865, making  the case that slavery has been alive and well all along and is currently used to profit major corporations

"When They See Us" (Netflix)

DuVernay's four-part miniseries dramatizes the stories of Kevin Richardson, Yusef Salaam, Raymond Santana, Antron McCray, and Korey Wise, five boys who wandered into Central Park on a temperate night in 1989, and ended up spending between six and 13 years in prison for a crime they didn't commit. When the series debuted in 2019, I stated that it was "the most important TV event of the year."

"I Am Not Your Negro" (Amazon)

Raoul Peck's 2017 poetic documentary stunner combines audio of Baldwin's writings from an unfinished book, narrated by Samuel L. Jackson, with footage of Baldwin and the cityscapes that inspired his work and informed his vision. In his rave review, Salon's Andrew O'Hehir called the film an "enormously resonant work of cultural history."

"Reconstruction: America After the Civil War" (PBS.org and PBS app)

The average American student is aware that there was something called "Reconstruction" that occurs after the Civil War ended, but cannot elaborate on what it was, what it achieved or how long it lasted. This is by design, as professor Henry Louis Gates, Jr.  and fellow profession and Reconstruction expert Eric Foner demonstrate in this four-hour documentary is an effort to correct that shameful omission. As I wrote when the series initially premiered, "for anyone desiring to understand the basis of the long-seething racial animosity dividing our nation . . . getting to know that time period is essential."  The docuseries is well worth your time.

To understand the multiple means by which Black women are failed by progressives pretty much every time, take in this story of Brooklyn Congresswoman Shirley Chisholm's presidential run in 1972. If you watched "Mrs. America" you may think you know this story, but this documentary places white feminism in the background, focusing expressly on Chisholm's platform, her charisma and, distressingly, her eventual abandonment by the very people who appeared to support her candidacy. In his review, Andrew O'Hehir wrote that it was the "only coherent narrative account of Chisolm's remarkable career and her 1972 campaign."

"America to Me" (Amazon and Starz.com for free)

Before America flipped for Netflix's "Cheer," documentarian Steve James' emotionally stirring series allowed us to get to know a group of 12 high school students hailing from a range of racial, social, and economic backgrounds, all of whom attend Oak Park and River Forest High School. By spending time with each of them James opens a window in their struggles, their views on race and their awakening to the realities of social and economic stratification. "I think white Americans need to see lives of kids like this," James told Salon in a 2018 interview. "They need to have different ideas of who black kids are in America."

Justin Simien's exuberant and vital series, an adaptation of his movie of the same name, is a joy to watch in good times and in our current state, but if you were tasked with choosing one episode to watch, this one is it. Like every other episode, it starts with lightness and comedy as our main group of characters bounce between campus parties, ending up at one hosted by a group of white and highly privileged students led by one who can't resist antagonizing his guests by singing the N-word. What happens afterward is chilling and sadly familiar to Black people navigating white spaces: to do so is to be aware that at any time, your very presence could be deemed a criminal offense.

I wrote about this episode recently in the context of how it masterfully articulates the grey areas of discussion when it comes to police brutality, and the efficacy of protesting in general. The series' 2017 musical episode "Juneteenth" episode, meanwhile, addresses the dilution of history, and the steady negation of the contributions Black people and other minorities made to building this country. Read why Mary Elizabeth Williams says that "Black-ish" is a must-watch with your kids.

The Oscar-nominated film "Just Mercy," starring Jamie Foxx and Michael C. Jordan, is currently streaming for free on Amazon and via the film's official website.

The movie adaptation of "The Hate U Give," starring Amandla Stenberg, has been made available for free on most services, including Amazon, Hulu, iTunes/Apple TV, Google Play, Vudu, and YouTube.

Showtime is currently making two documentaries available to stream for free on YouTube and via SHO.com: Richard Rowley's "16 Shots," an examination of the 2014 police shooting of 17-year-old Chicagoan Laquan McDonald and the cover-up that ensued, and Sacha Jenkins' look at the fraught relationship between the Los Angeles Police Department and its minority communities, "Burn, Motherf*cker, Burn!"

PBS has an endless library of titles devoted to telling the story of the Black experience in American and the systemic injustice faced by members of its community. This includes a biography of Congressman and civil rights icon John Lewis, titled "John Lewis: Get in the Way," Stanley Nelson's excellent documentary, "Tell Them We Are Rising: The Story of Black Colleges and Universities," and a compact primer on the history of Black entrepreneurship in America titled "Boss: The Black Experience in Business."  Right now the PBS website is featuring "The Talk," in which Black parents discuss with their children how to survive interactions with police.

Most can streamed for free on PBS.org or via Amazon Prime. "Boss" is available to be rented on Amazon and to PBS.org supporting members.