"If they got him, what chance do I have?" Rogen recalled of his 2006 conversation with the "Top Gun" actor 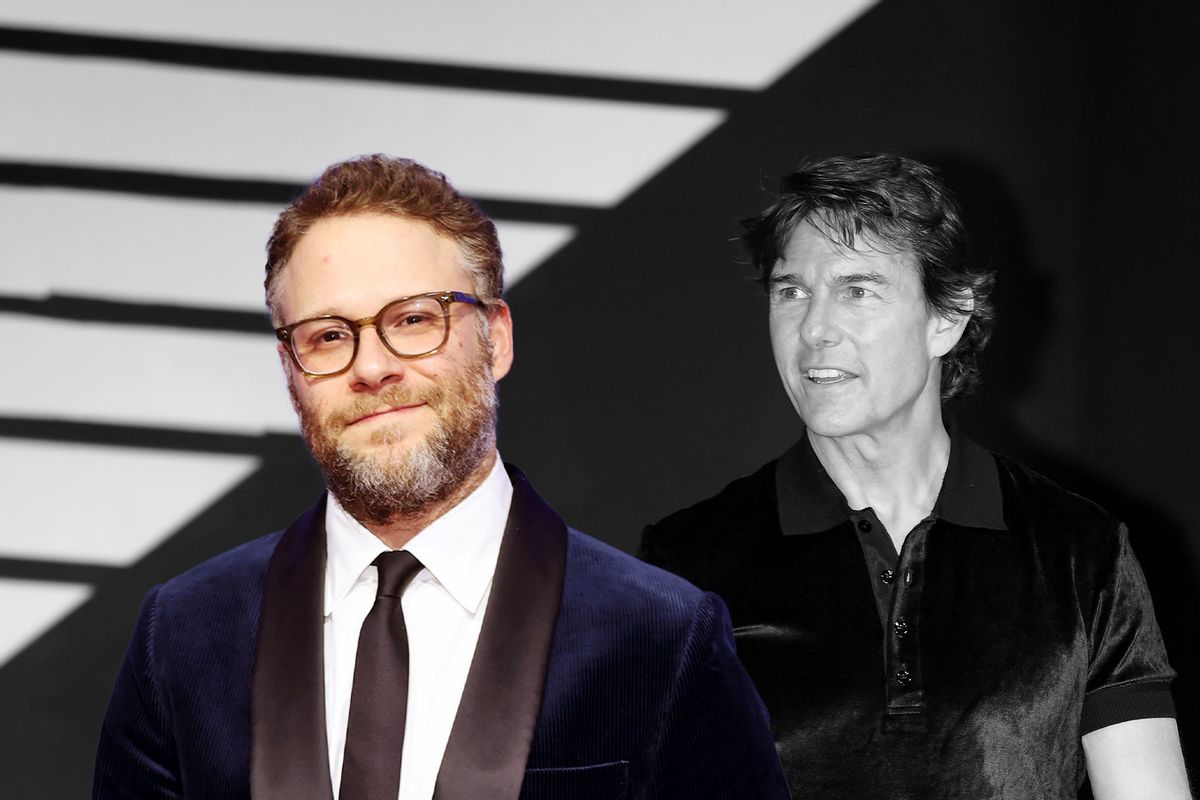 Looks like Tom Cruise tried to enlist two Hollywood celebrities into the Church of Scientology but ultimately, failed.

The recent revelation was shared by "Neighbors" actor Seth Rogen in a resurfaced 2021 SiriusXM interview with controversial shock jock Howard Stern. Rogen alleged that Cruise had pitched him and Judd Apatow on Scientology in 2006, adding that the "Top Gun" actor claimed the religion was vilified by the media.

"A few hours into the meeting, the Scientology stuff comes up," Rogen recalled his conversation with Cruise. "He said, 'I think the pharmaceutical industry is making me look bad. You should see what they do to my friend Louis Farrakhan.'"

Rogen then described himself as "generally a weak-willed, weak-minded person" and questioned whether he and Apatow would be able to resist Cruise's plea to convert:

"Can we come out of this? Are we strong enough to have him do this to us and not be converted? . . . If they got him, what chance do I have?" Rogen said. "Thank God Judd was like, 'I think we're good. Let's just talk about movies and stuff.' Woof. Dodged that bullet."

Rogen's SiriusXM interview was discovered shortly after Jerrod Carmichael made a joke about Scientology — which has been deemed a "dangerous cult" — while hosting the Golden Globe Awards on Tuesday night. Carmichael emerged from backstage with three Golden Globe statuettes in his hands, saying, "Backstage, I found these three Golden Globe awards that Tom Cruise returned . . . I think maybe we take these three things and exchange them for the safe return of Shelly Miscavige."

Shelly Miscavige, the wife of Scientology leader David Miscavige, was last seen publicly in 2007. A missing persons report for Shelly was filed in 2013 by actor, activist and former Scientology member Leah Remini.

Per a November 2022 tweet, Remini explained that she had filed a missing person's report with the LAPD after she abandoned Scientology. "By the time I filed the report, it had been nearly eight years since I had seen or heard from Shelly. Hours after I filed the missing person's report, the case was closed, and the LAPD announced to the press that they had found Shelly.

"When I asked where Shelly was, Tommy Davis, Tom Cruise and David Miscavige's henchman told me, 'You don't have the f**king rank to ask about Shelly,'" she continued. "I was subjected to months of cruel interrogations and reprogramming for the 'high crime' of asking where Shelly was."

about celebrities and Scientology: