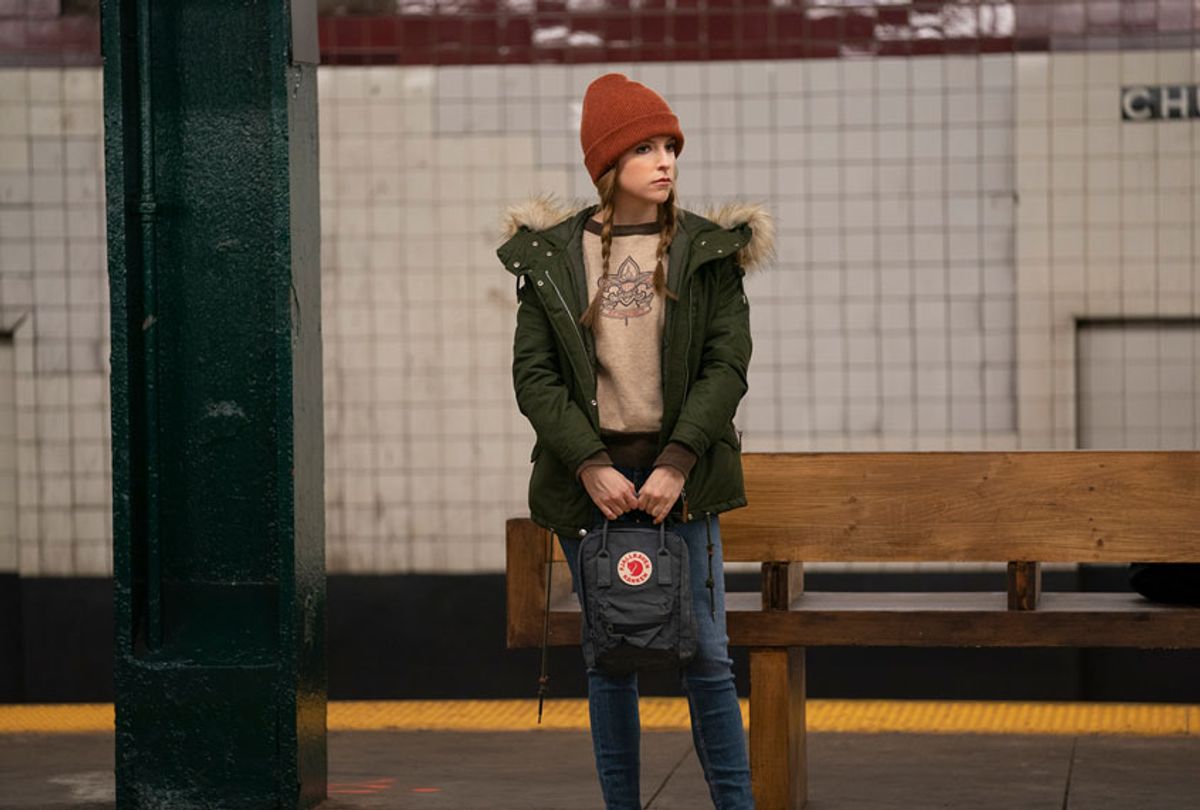 It seems more than a little on the nose that we meet Darby Carter, the fancifully named heroine of the ambitiously described "first" season of the newly launched HBO Max's "Love Life," in the distant era of 2012. Remember 2012? Remember the "Twilight" movies and "Pitch Perfect"? It was a great time to be young and Anna Kendrick. So maybe that has something to do with how Kendrick, who is also an executive producer on the show, finds herself back there now. The series is ostensibly about the love affairs a person goes through before finding The One, but it feels less rom-com and more science fiction. What if a celebrity whose recent roles have been less than inspired could go back in time, to the moment she was America's sweetheart?

If "Love Life" was better, the gambit would be completely forgivable. A generation ago, Julia Roberts bounced back from a string of dour flops with the breezy "My Best Friend's Wedding," proving that giving the people what they want is rarely a bad idea. But "Love Life" is not "My Best Friend's Wedding." At its best, it falls squarely in the "thing I wouldn't mind falling asleep to on a plane" genre.

Everything about "Love Life" feels straight out of the 2010's. There's Paul "Bridesmaids" Feig as an executive producer. There's a posh, omniscient narrator for Darby's relationships (provided by English actress Lesley Manville), a gimmick that's about as fresh as a mannequin challenge. Each episode is named, pretentiously, for a significant person in Darby's life. And who knew that "love" is a word that can be applied not just to heteronormative romantic relationships? Oh wait, that's everybody. This was covered in the first episode of "Sex and the City." Keep up.

Female-led, romance-driven storytelling often suffers from the unfair reputation for being somehow less important than guys in superhero suits or cars blowing up. And that's insulting, because shows like "Insecure" "Crazy Ex-Girlfriend," "Jane the Virgin" and "High Fidelity" (to name just a few recent examples) never just offered straight up solid entertainment, they also provided some of our richest, most emotionally complex depictions of the human condition in popular entertainment.

As "Love Life" spans several years, we see Darby progress from carefree single girl in a great apartment with roommates to successful, divorced "grown woman" (her words) in a great apartment without roommates. She makes mistakes, but they are all safely in the realm of the forgivable kind. She is a good girl who doesn't relish casual sex, but tells lies of convenience.

She is the flawed, hopeful spiritual kin of Carrie Bradshaw and Hannah Horvath, a comparison I resent having to make, because why are we still invoking these characters in 2020? Why are we still being asked to watch these not great women having their mediocre New York City adventures in personal growth while their much more interesting lovers and best friends suffer on the sidelines? Where's the show about Zoë Chao's self-destructive Sara Yang, a character who is sincerely played but judged by our narrator for not being like Darby and "wearing expensive bras and taking taxis to JFK instead of the AirTrain"? Where's the series called "Augie Jeong: Disenchanted Politico Correspondent" starring Jin Ha? Because I'd watch that.

If "Love Life" suffers from its stale concept and execution, it is done no further favors by Kendrick's rote performance. The Oscar-nominated star can capably execute awkward physicality, sad breakup tears, and a what surely must be a contractually obligated karaoke scene just fine, but the overall effect is of watching someone execute a technically adept but emotionally hollow routine. It's as if Kendrick's been getting pointers from the costar of her other new show, Quibi's high concept "Dummy." What the hell is going on?

Though Kendrick hasn't suffered the degree of backlash other 21st century ingenues Anne Hathaway or Jennifer Lawrence have, she also hasn't been able to finesse a transition into more diverse, complicated roles. All these years later, she's still playing characters who seem like ukulele owners. Yes, I have seen "Table 19." Did you know Kendrick played Santa Claus's daughter just last Christmas?

A notable recent exception was "A Simple Favor" — a movie where yes, Kendrick did have the perfunctory scene where she gets to rap, but she also cleverly subverted her sunny, self-deprecating image. As a cupcakes-baking and Anthropologie-wearing mom whose dark side shouldn't be underestimated, Kendrick seemed to be having a blast, and she displayed some of the most enjoyable character development of her career.

Hollywood is an unforgiving place for women, and there's a unique challenge for those who rode to fame on a certain girl-next-door charm. Stars like Gwyneth Paltrow and Cameron Diaz chose to pivot almost entirely away from performing. Others, like Reese Witherspoon and Elizabeth Banks, have adroitly carved space in the business side of the industry, creating their own opportunities as actors. As executive producer for both "Dummy" and "Love Life," Kendrick just doesn't seem to be heeding her own "Pitch Perfect" character Becca's advice to make good choices.

A heartfelt, loving journey through a New York that currently doesn't exist would be a welcome balm right now. A romantic hero to root for would be a delight. Instead, "Love Life" is a dramedy that's not nearly as smart as it thinks it is. And if you're still charmed by Anna Kendrick, you can get a free fix just watching her multiple Hilton Hotels commercials. They're more entertaining, and you don't have to pay for an HBO Max subscription.

Season 1 of "Love Life" is streaming on HBO Max, along with these other new shows.