Also, great stand-up specials by Ali Wong and Ms. Pat, and Will Arnett's addition to the comedy murder genre 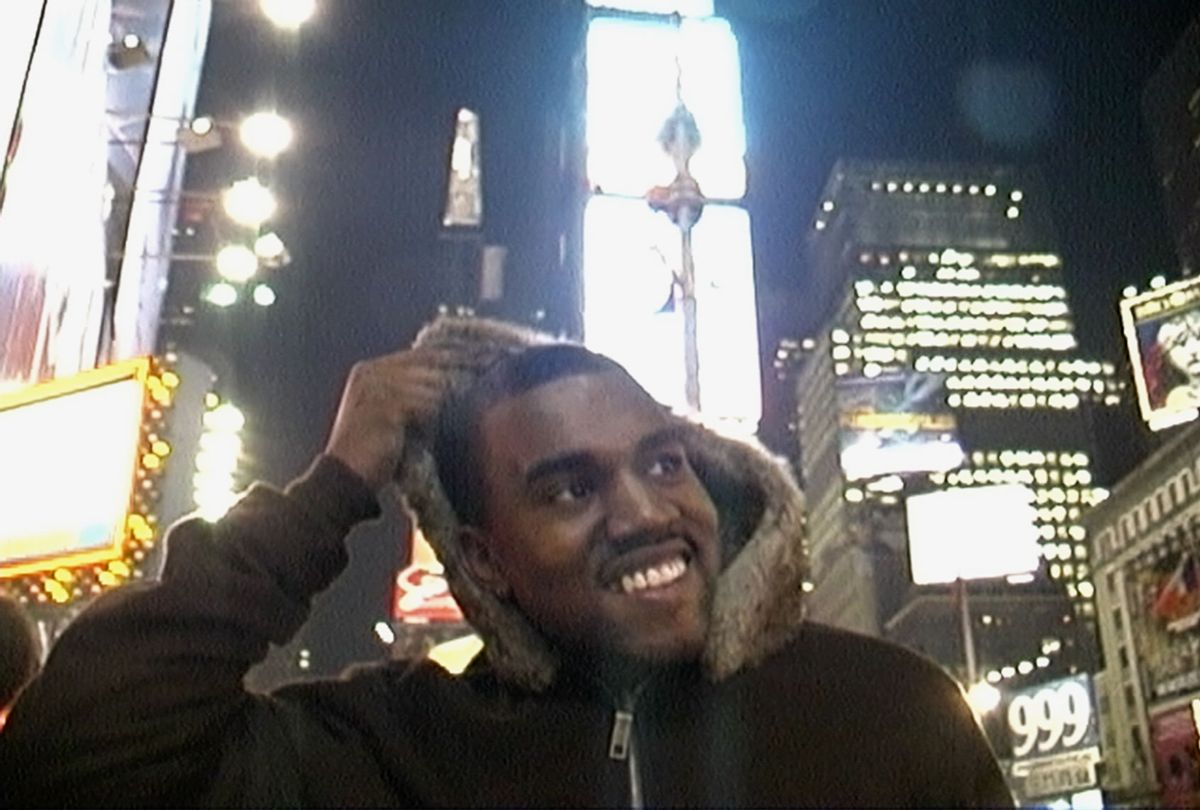 February is the month of love and the perfect time to curl up with bottle of wine and binge-watch all the sappy romances your wee heart desires. Whether you're single or happily taken, Netflix has a collection of new titles waiting for you to swipe right or swipe left on.

If "The Bachelor" or "The Bachelorette" are your cups of tea, don't miss out on the second season of "Love is Blind" and the premiere of its Japanese counterpart. "Sweet Magnolias," the feel-good series set in South Carolina, picks up with Maddie, Dana, Helen and friends in its second season. And the upcoming Korean language film, "Love and Leashes," is a must-watch for fans of kinky workplace rom-coms.

And even Ali Wong has joined in the fun in her own, unique way.

Cheeky love stories may be on brand for this time of year, but they're not the only genre Netflix has to offer. In fact, crime dramas are also quite popular. The docuseries "Catching Killers" returns for another season of heart-pounding investigations, this time surrounding the BTK (bind, torture, kill) killer, a Toronto-based cannibal and other heinous criminals.

RELATED: From "Love Is Blind" to "The Circle," the new breed of reality TV reformulates how we connect

Keep in mind that time flies by quick, especially during the shortest month of the year. "Rain Man," "Terminator 2: Judgment Day," "Total Recall" (2012) and "Labyrinth" are just a few noteworthy titles to watch before they are gone by the end of the month.

Here's a look at what's coming this month:

Based on Alison Leslie Gold's 1997 memoir, "Memories of Anne Frank: Reflections of a Childhood Friend," Ben Sombogaart's war film tells the story of Hanneli Goslar (Josephine Arendsen) and Anne Frank's (Aiko Beemsterboer) tragic friendship from Goslar's point of view. The film premiered in the Netherlands over a year ago and took home the Golden Film award in October.

Before West Elm Caleb became an infamous dating horror personality thanks to TikTok, there was Shimon Hayut, better known as the Tinder Swindler. Hayut, who went by the name Simon Leviev on the popular dating app, posed as a charming billionaire and conned his matches out of millions of dollars. From the creators of "Don't F**k With Cats: Hunting an Internet Killer," the documentary unveils Hayut's ploys and focuses on the women who are working together to seek revenge.

Will Arnett stars as Senior Detective Terry Seattle in this whodunit comedy series based on BBC3's sitcom, "Murder in Successville." Each episode features Seattle cracking a new case with a different celebrity guest star. The catch, however, is that Seattle's partners in crime are given no script and must improv their way to determine who the killer is.

In her first hourlong Netflix special, stand-up comedian Ms. Pat finds humor in pain as she reminisces on growing up in poverty during the Reagan era, spending time in juvenile detention and other "crazy" personal tales.

"This is my story and I'm gonna tell it," she proudly proclaims in the preview below.

Just in time for Valentine's Day, the comedian who brought us "Baby Cobra" and "Hard Knock Wife" takes to the stage without a baby bump for her third stand-up installment. The timing on the most romantic of holidays is no accident for the "Always Be My Maybe" co-producer and star. According to Netflix, the special reveals Wong's "wildest fantasies, the challenges of monogamy, and how she really feels about single people." What else can you expect from someone whose book for her daughters turns out to be a wierdly scatalogical love story? Can't wait.

The intimate three-act documentary compiles archival footage from the past two decades of Ye's life as a solo artist, fashion designer and father. Key moments focus on the acclaimed rapper's successful creative career, relationship with his late mother Donda and unsuccessful 2020 presidential campaign.

Part I of the documentary premiered at this year's Sundance Film Festival.

Set in 1939 Germany, Ashley Eakin's short film follows a physically impaired farm boy, played by Knox Gibson, whose life is suddenly in great danger after the implementation of Hitler's Aktion T14 — a campaign to mass murder individuals with disabilities.

"Downfall: The Case Against Boeing," Feb. 18

Rory Kennedy's documentary revisits the two major Boeing Max 737 crashes that took place within five months of each other. In October of 2018, Lion Air Flight 610 crashed 13 minutes after taking off in Jakarta, killing all passengers. The same happened in March 2019 with Ethiopian Airlines Flight 302. Investigators expose how the multinational aerospace company and Wall Street placed profits over safety and tried to cover up the devastation.

Leatherface is back to terrorize a new group of victims. In the ninth installment of the "Texas Chainsaw Massacre" franchise, the cannibalistic murderer targets four young friends who arrive in the quiet town of Harlow during a business trip. Sally Hardesty, the only survivor of the 1973 massacre, also joins the gang to finally put an end to Leatherface's legacy. Olwen Fouéré stars as Hardesty alongside Mark Burnham, Sarah Yarkin, Elsie Fisher and Jacob Latimore.

The "Vikings" sequel follows the Vikings and their bloody battles with the English royals a 100 years later. Laura Berlin, Sam Corlett, Bradley Freegard and Frida Gustavsson star in this epic historical drama.

Feb. 1
"Gabby's Dollhouse" Season 4
"Raising Dion" Season 2
"The Addams Family" (1991)
"Anaconda"
"Batman Begins"
"The Book of Eli"
"The Bourne Ultimatum"
"Caddyshack"
"Caddyshack 2"
"Countdown"
"The Dark Knight"
"Despicable Me"
"Despicable Me 2"
"The Devil's Advocate"
"Donnie Brasco"
"The Exorcist"
"The Foreigner"
"The Hangover"
"Legend of the Guardians: The Owls of Ga'Hoole"
"The Last Samurai"
"The Lucky One"
"The Negotiator"
"The New Guy"
"New Year's Eve"
"The One"
"The Other Boleyn Girl"
"The Other Guys"
"Patsy & Loretta"
"Transformers: Dark of the Moon"
"Transformers: Revenge of the Fallen"
"Warrior"
"Watchmen"

Feb. 14
"Devotion, a Story of Love and Desire"
"Fishbowl Wives"