The 10 worst TV shows of 2017, ranked from broken to just plain bad

In a year filled with way too much TV, here are 10 we wish we could unsee 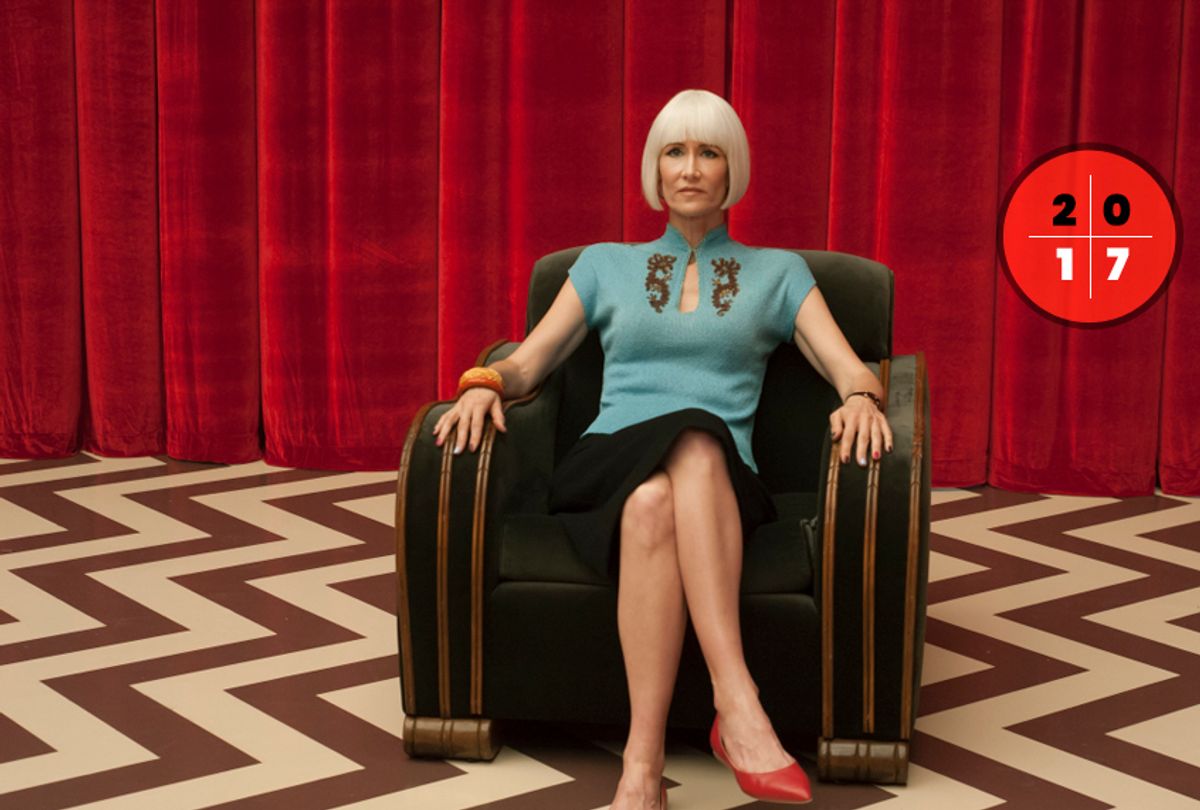 Where there are lists of bests, there must be a tabulation of worsts. It’s a matter of maintaining balance in the universe or barring that, enjoying a few cleansing facepalms and sighs of relief at knowing that we’ve survived the various assaults upon good taste television never ceases to lob at us.

Of course, one person’s notion of “worst” is another person’s idea of greatness. It’s all a matter of opinion. That’s why this list runs in ascending (or descending, depending on how you see it) order from shows that are merely broken to ones that are simply irredeemable.

Seth MacFarlane’s faithful probably take some offense at seeing this show on a worst list and some vindication at knowing that Fox has already given it a second season. (This is where I remind you that the same network granted several seasons to “The Cleveland Show,” and that was not exactly MacFarlane’s or the world’s most original idea.) “The Orville” isn’t a total atrocity, mind you, just a show that isn’t sure what it wants to be other than an homage to classic “Star Trek.” But even in that regard, the show barely matches the same quality level of its source material’s subpar episodes.

But these are signs of a broken series, not one that’s utterly busted and beyond redemption. It’s possible that between seasons 1 and 2 MacFarlane and fellow executive producer Brannon Braga will empower their writers to pop the hood and tinker with the parts that aren’t working.

Another entry bound to inspire a few of you to skip to the comments and weigh in at how dopey and unrefined I am — be my guest — the revival of a series that ushered in television’s Golden Age was the source of boundless mystery and excitement for the months leading up to its May debut. The enchantment lasted until we got a few hours into the thing, and at that point viewers were either committed to succumbing to the ambiguity and artsy seduction of it all, or we stared down the barrel of 18 installments of jaw-slackening confusion and realized we had pies to bake and coffee grounds to compost, or any one of countless other more worthwhile enterprises.

I’ve no doubt that “Twin Peaks” achieved moments or even entire episodes that qualify as inspired. Many critics cite the eighth episode as a revelatory work of art, reserving similar high praise for the finale. Someday I will watch those hours. But once bitten, twice shy; today is not that day, Diane.

Jordan Peele had a great year. His “Key & Peele” comedy partner, Keegan-Michael Key, meanwhile, got trapped in this flaccid dissection of upper-middle class midlife crisis. Joining him in this drag are a number of actors whose main claims to fame are better television comedies, including the usually fabulous “How I Met Your Mother” alumnus Cobie Smulders.

To be fair, the primary downfall of “Friends From College” is that it exemplifies Netflix mediocrity and bloat by wasting the abilities of grade-A comedy talent on a story that feels irrelevant. There are too many better series available to viewers for a streaming giant to so zestfully aim for the middle and call it good.

The feverish quest for a prestige hit takes hold at many cable networks, leading executives to make curious decisions. In the case of TNT, home of endless procedural reruns and mass appeal fare such as “Claws,” betting on a series that fantasizes about the lesser known years of a yet-to-be discovered William Shakespeare lacked wisdom.

“Will” had a punk rock swagger and a soundtrack consisting of hits by the likes of the Jam, Iggy Pop and the Sex Pistols to match. But the plot had the weight of an empty doublet, and besides, methinks the network wildly overestimated the appeal of an anachronistic presentation of the Bard to its basic cable audience.

As I wrote prior to its May premiere, thinking of this series from “Transparent” creator Jill Soloway and playwright Sarah Gubbins as a visual art installation — i.e., ”something to be considered, observed from various angles and pondered, not necessarily enjoyed” — may have made it more bearable. It also answers the question of whether it’s possible to put the fabulous Kathryn Hahn and the charismatic Kevin Bacon together in one show and end up with something that’s only barely watchable.  As it turns out, Gubbins and Soloway found a way to do just that. Anyway, why should we settle for enduring as opposed to outright enjoying any TV series? Life is too short.

What is there to say about the misfire of bringing Kelly over to network news from Fox News Channel that hasn’t already been said? Beyond this, we mean: NBC's gamble and the bet placed on the polarizing personality may have qualified as one of the news division's most expensive blunders in 2017. Then Matt Lauer happened, so I supposed the size of a blunder is relative.

Every season CBS hauls out a bland sitcom designed to please everyone but earn the adoration of very few. This year’s entry stars Mark Feuerstein as a middle-aged struggling actor forced to move back into the same building with his parents and his brother, and just typing this is having the same effect on yours truly as popping a Lunesta. The broadcast audience appears to agree – the ratings for its most recent new episode were its lowest yet.

Somebody thought putting Kathy Bates into a bland, multi-camera sitcom about a pot dispensary was a fine idea in the same era that has blessed us with HBO’s “High Maintenance” and a version of “The Joker’s Wild” hosted by the emperor of weed, Snoop Dogg. That person was very, very wrong.

This update of a title born of Marvel’s 1970s Orientalist streak arrived in a year bedecked with Westernized versions of Asian TV and comic book properties (“Ghost in the Shell,” “Death Note”) starring white actors. Even without that unfortunate coincidence, there’s no getting past the action drama’s weak writing, laughable dialogue and a lead, Finn Jones, whose lack of martial arts skills is barely camouflaged by the directors. “The Defenders” even nodded at the stupidity of “Iron Fist” by scripting several opportunities for Jessica Jones and others to throw shade at Danny Rand, the man behind the Immortal Iron Fist moniker. That is because he’s a twit.

If a network is going to do a show that features a heroine with super-hair and a wonder pug, they are obligated to bring it. Hard. ABC did not get that message and sadly, we were stuck with this also-ran from one of its universes for more than one week, plus a theatrical run. Sometimes villains can be heroes, and in this case the distress calls for cancellation came before the show even began. Luckily “Inhumans” is a limited series, so, like a meteor shower or an alien invasion, all we had to do was hunker down and survive until it passed.