From "Hillbilly Elegy" to "The Gentlemen," here are the worst films of 2020 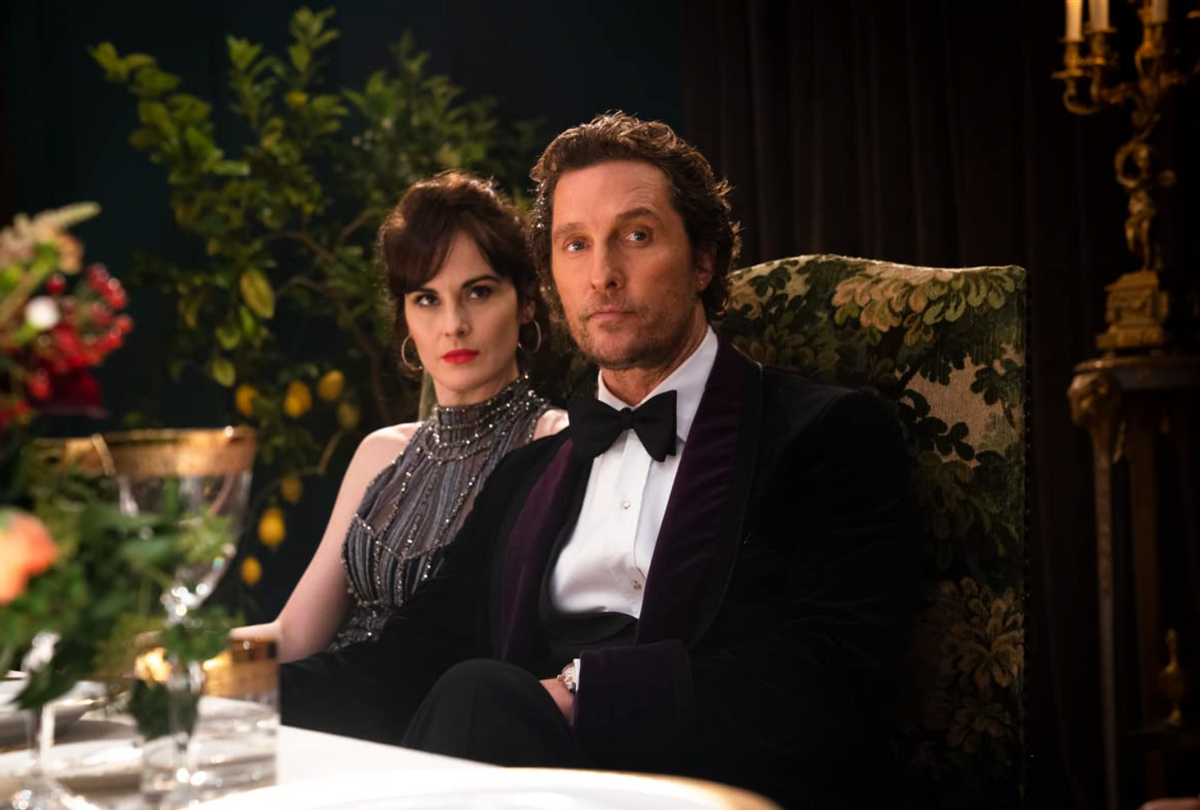 Michelle Dockery and Matthew McConaughey in "The Gentlemen" (STX Films)
--

The worst films are ones that have viewers wondering either how the project in question got made, or why the talent involved made it. Perhaps expectation exceeded outcome. There were plenty of bad films in 2020, but few were more jaw-droppingly awful or as excruciating as these half-dozen clunkers. These films are not even so-bad-they're-good. They took ambitious risks that not only didn't deliver but tested the patience and goodwill of most viewers who saw them.

Guy Ritchie wants viewers to appreciate his oh-so-clever style because he simply does not have any substance to back it up. "The Gentlemen" continues to showcase his crass flash, featuring more sophomoric antics than prankish teenage schoolboys. Ritchie creates obvious and lame jokes out of the Vietnamese name, Phuc in one of the film's many racist moments, and he thinks bestiality is hilarious. Ritchie can't direct traffic much less an action sequence, because "The Gentlemen" features a truly sluggish chase scene. The violence is nasty, but often played for laughs. Arguably, Ritchie's gravest mistake is to make the dreamy Henry Golding unappealing. It is fine for star Matthew McConaughey to try to pass off his lazy performance as laid-back, and Hugh Grant can emote like La Streep all he damn well wants. Even Colin Farrell goes for broke for no apparent reason. These performers all seem to be acting in different films. If only Ritchie had made a different film — and a better one. "The Gentlemen" is witless, senseless, and offensive.

One only has to look at the extended sequence of Bev (Amy Adams, challenging fans who will see her in anything) beating on her young son, J.D. (Owen Asztalos) to appreciate all that is wrongheaded with "Hillbilly Elegy." The episode starts out playfully, with J.D. predictably knocking over a display in a collectable card shop. (J.D.'s clumsiness is telegraphed a few scenes earlier). Bev yells at the justifiably angry store owner and shoplifts in defiance. But the thrill is soon gone when J.D. refers to his mom's boyfriend as a "flavor of the month" — he's just repeating what his friend said about her — and calls her "a bitch." Bev starts to speed up as she has a meltdown, driving recklessly and beating J.D. when he climbs into the backseat. Things escalate into a knock-down, drag-out fight as Bev chases J.D. and breaks into a stranger's house where he seeks safety before Bev is handcuffed.

It's outrageously, unintentionally funny, highlighting all the bad behavior J.D. must endure and escape. And it's a shame that Ron Howard's stunning (not in a good way) adaptation of J.D. Vance's bestseller about bootstrapping one's way out of Appalachia and into Yale Law School didn't contain a bunch of equally insane moments. Alas, a later scene of young J.D. throwing the expensive calculator Mamaw (Glenn Close) bought him out the car window — after he tried to shoplift it — doesn't count. Because she has to teach him tough love, and emphasize why J.D. should "keep trying," unlike his mother. And unlike Ron Howard, who has no grasp of his aspirational material. Had Mamaw thrown J.D. out of the car window, well, that would have made for a better film.

Charismatic actors, including Sonia Braga, Bobby Cannavale, and Susan Sarandon give uncharacteristically lifeless performances. A scene where Marie (Audrey Tautou), who can't achieve orgasm, shrilly cries out for lovemaking while the guys are robbing her ex-boss, is one of the more dreadful scenes — and not just because it ends with her being tied to a chair. Equally bad is a moment when apropos of nothing, Jean (Sarandon) tells a restaurant owner (Gloria Reuben) to "appreciate the bleeding" when she gets her period. Sure, the characters are not meant to be likeable, but there is no pleasure, only pain, in watching them behave badly.

Writer/director Miranda July is a polarizing filmmaker. People either hate her — or they really hate her. Her style is best described as "twee-dious." Her latest piece of twaddle, "Kajillionaire," tries to force whimsy out of a dysfunctional family of con artists: Robert (Richard Jenkins), Theresa (Debra Winger, in a bad wig), and the pretentiously named Old Dolio (Evan Rachel Wood). When they meet a stranger, Melanie (Gina Rodriguez), and plan a scheme with her, things get awkward.

What they don't get is interesting or illuminating. The characters are meant to be offbeat, but they are just off-putting with their tics and mannered line deliveries. The talented cast spouts curlicues of flighty dialogue that is meant to contain shrewd observations about social conformity and (dis)connection (the subject of all July's work), but it rings hollow. As the film lumbers to its climax — a kiss that denotes the long-denied love for a character — it feels unearned. "Kajillionaire" has no real payoff. The only relief is knowing that it is the longest possible time before July's next film.

Oy vey! There is a moment in this well-meaning (read: botched) film where Jesse Eisenberg — playing famed mime Marcel Marceau — is on a train trying to save Jewish orphans from the Nazis. He tells a little girl, "There are lots of beautiful things in life," which echoes the title of Roberto Benigni's Oscar-winning Holocaust comedy-drama. (Others may prefer to flash on Jerry Lewis's "The Day the Clown Cried.") This inspirational film's earnestness is as faulty as Eisenberg's French accent. The actor may have really learned the miming but watching him perform — as he does frequently here — is cringe-inducing. (Even Marcel's father (Karl Markovics) complains about seeing his son's Chaplin routine in a cabaret: "You're a clown dressed as Hitler in a whorehouse!")

Director Jonathan Jakubowicz is never subtle. He crosscuts between Jewish children singing "Ave Maria" and Klaus Barbie (Matthias Schweighöfer) executing non-Aryans in an empty swimming pool. The "action" scenes are especially clunky, as when Marcel uses his miming skills to free his captured brother, Alain (Féliz Moati). Set to a maudlin score, and featuring Eisenberg wearing "female undergarments" in one extended scene, "Resistance" is exasperating to watch. But never more so than when Emma (Clémence Poésy), distressed about having to relocate the orphans to avoid death by Nazis, says to Marcel, "I don't know how to tell the children!" And then adds, "Are you not going to say anything?"

Gabriel Range shot himself in both feet when he thought he could make a David Bowie biopic without featuring any of Ziggy Stardust's music. Moreover, he took a tone-deaf approach to telling Bowie's story of his 1971 American tour and the development of his titular alter ego. This woefully inept biopic spends most of its endless running time having Bowie (Johnny Flynn, trying far too hard) fighting with his publicist Rob Oberman (Marc Maron) or worrying about being schizophrenic, like his brother Terry (Derek Moran). Neither storyline reveals anything significant about its subject. Range's dubious achievement with "Stardust" is that he made David Bowie boring.