Who lives and who dies? What TV has taught us about who's lucky enough to survive 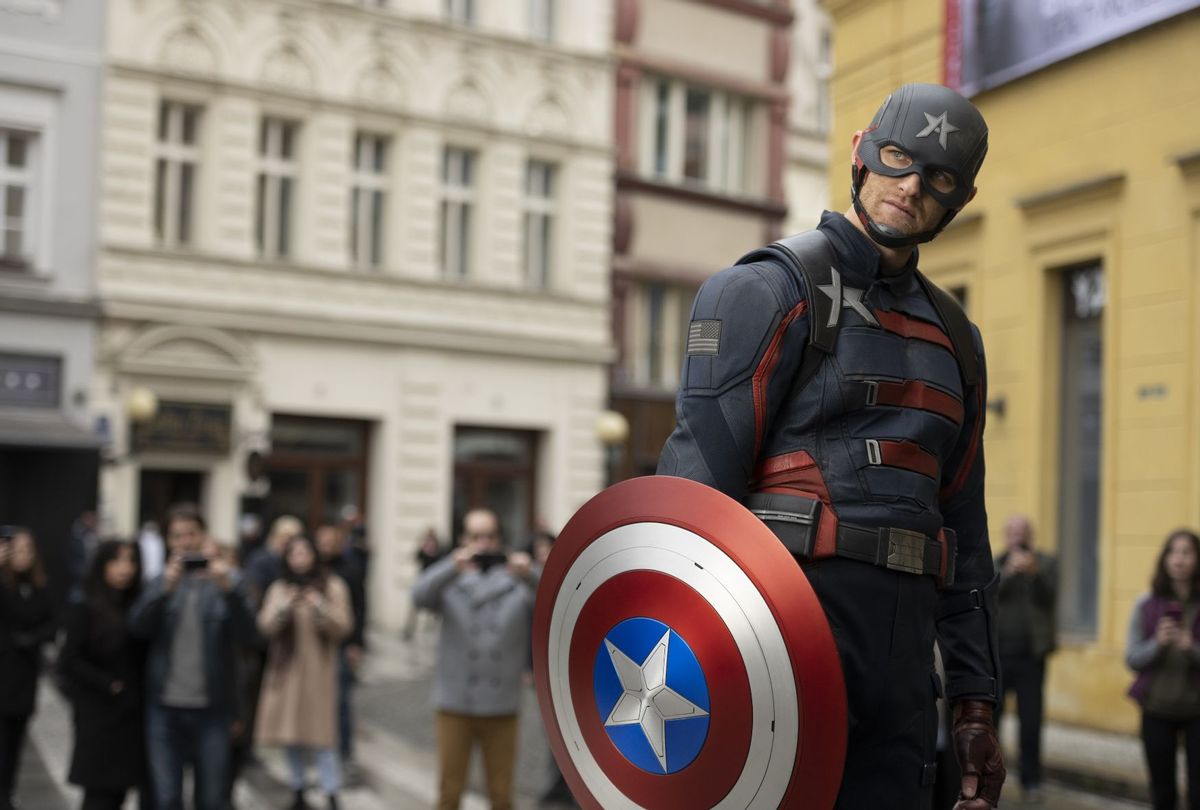 Emerging from your home after a pandemic can feel like we actually have been sleeping under a rock for the past year. The few of us who had the jobs, family lives and wherewithal to spend most of our time inside are now climbing out from a dark cocoon, looking around to see who else on this germ-fueled asteroid might have missed and – quite possibly – wondering, "What made us so special to survive?"

And, if you're part of any marginalized groups, that isn't a question that's just limited to, or will end with, COVID-19.

So much of these feelings of luck and survivor's remorse occur because, while America may be founded on a Judeo-Christian belief system, there is one deity nearly all of us relate to: television.

That medium has been a ubiquitous lifeline in our homes, made more essential than even Zoom meetings to feel connected . . . or escape. Streaming giant Netflix hit 200 million subscribers during the pandemic. New services like HBO Max and Peacock launched while CBS All Access rebranded as Paramount+. Cable news ratings were up in 2020 also, for a myriad of obvious reasons.

All of our favorite scritped shows were pumping a familiar story: Stick together to survive, and good should conquer evil. And the good people who do perish? They are there to serve a greater purpose, be it awareness to a cause or to stop the evil Night King and his army of White Walkers.

"Often when we write narratives in film and television, we are pretty frivolous about death, like we think about it as a means to serve a plot," says Malcolm Spellman, the creator of Marvel's "The Falcon and the Winter Soldier," the Disney+ program with storylines that heavily intersected with real-world topics like institutionalized racism, xenophobia and even the concept of what is considered terrorism.

He adds that "the truth is, death and trauma usually have massive ripples. And often, when you follow those ripples, it starts to birth moments that really create connectivity. Everybody deals in trauma; everybody deals with death."

For these reasons, Spellman says, "We tried to make sure no one was actually a villain," on his series, which had a young anarchist angry that the government isn't trying harder to get relief aid to refugees, several soldiers who were abused by the U.S. military and a Black family struggling to make it in a world where a bank won't give them a loan to save their business.

"Every one of them believes they are a hero. And, more importantly, we wanted to give them edicts and operating ideals that were relatable to people," says Spellman of his characters.

Similarly Kay Oyegun, a co-executive producer and writer on NBC's family drama, "This Is Us"  – the 42-minute emotional gauntlet that has included death of parents and children, adoption and abandonment issues, racial injustices and alcoholism – says, "We are cultured to root for the good guy. And we are cultured to despise the bad guy. And, if the bad guy ends up having a front and center story, we are now cultured to, sort of, root for the bad guy because we kind of understand them and what they're doing."

Oyegun says she, personally, doesn't "traffic in" the concept of survivor's remorse because "whether someone is a butcher, or a frontline worker, or a writer on a TV show, there's an amount of grace that sort of exists, you know, because God is wildly faithful, and he gives us grace out of plenty." But as a writer, she does think both "relatively cerebrally" and "as a function of the medium" about how much a character – like say Griffin Dunne's PTSD-suffering, formerly familial ostracized, Vietnam veteran Nicky – could take while also saying, "It's important to look at 'what's the truth of this experience?'"

Playing God behind the scenes 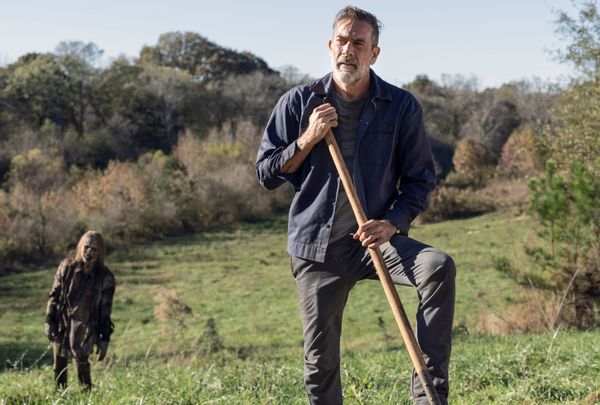 The television writers room is God in this scenario. The people who throw Nerf balls around a conference table as they eat takeout lunch and block scenes on index cards also decide who is lucky enough to live.

And, on say, for example a medical show, that is something that could be a weekly occurrence.

"I feel, as a writer, one is always tempted to boil luck and karma down to simple-to-understand, kind of, human binaries," says Krista Vernoff, the showrunner of ABC's hit medical drama "Grey's Anatomy," which has killed plenty of favorite characters, both patients and doctors. Sometimes, these deaths come out of left field. Others come after weeks of suffering, leading to a climactic goodbye.

Vernoff says, "I am at an age now where I no longer believe that those concepts, and how they apply, are something that can easily be understood by human consciousness. I have seen too many really good people suffer a really awful fates. And, I've seen some really crappy people have success after success."

As to how that translates to storytelling, Vernoff says, "I think the only way you get it wrong is when you don't allow a death to have impact on the characters that remain, and on the audience.

"One of the things that drives me crazy when I turn on TV is if a show is using a death, or just like a dead body, like a prop," she adds. "I can't watch shows where cops wander through and some woman's dead corpse is just lying there as a prop and we never get to know that woman and we never get to know her point of view or her story or what she lost."

The concepts of luck and survivor's remorse have been at the forefront of AMC's "The Walking Dead" since its inception. The very fact that then-lead Rick Grimes (Andrew Lincoln) wasn't cannibalized while he lay comatose in a hospital bed – or wasn't turned into a zombie himself – is an amazing stroke of luck. On a show like that, it almost doesn't matter how rich, fast or cunning you are if a mysterious, rapidly moving virus out there is taking down humanity.

"I think about luck a lot actually," says "Walking Dead" showrunner Angela Kang. She elaborates that, as a Korean American, "I feel like, culturally, for a lot of folks from Asian cultures luck – whether or not you really believe it hardcore – is just kind of part of a wash of cultural conversation that just surrounds you at all times."

Kang, the child of working-class Korean immigrants, says she was constantly told that she was lucky and that "just feeling like you are lucky, it can sometimes affect your mentality in some ways."

However, she adds, "In our show, there's definitely a lot of PTSD and survivor's remorse and just feelings of like, 'Why did I get to live and this other person died?' And those are themes that we explore a lot in various ways throughout the [upcoming 11th] season."

"I think people want there to be some sort of order to the ways in which people live or die," says Kang.

In writing fictional narratives, she's found that "deaths that feel really random to the audience – which that absolutely would happen in an apocalypse – those are harder, sort of emotionally to take than ones" that seen inevitable or ones that Kang calls "karma kills" because they happen to nefarious or loathsome characters.

Kang does say that things are given considerable more weight when there's talk of killing a child, something that has happened several times on "The Walking Dead" and Robert Kirkman's comic book series of the same name, which serve as its source material. (And, unfortunately, to actual children during our current real-life pandemic).

"When you have a kid, like all of a sudden, those things that are awful about what happened really just pop out at you in a different way," says Kang, who has a son.

When the writers do kill off child characters, she says, "We try to be careful about it and . . . the conversations are a little bit different. And we definitely try to go a little bit away from the level of gruesomeness than we might for a karma kill of an adult villain." 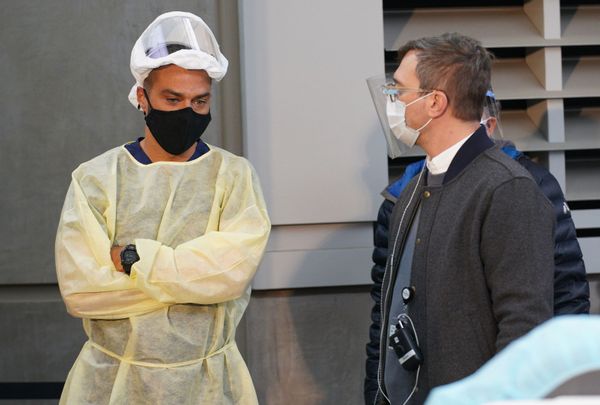 It's also important to remember that simply looking to television for morality lessons does not absolve us of our own responsibilities.

"I think people go off to the idea of luck is a trope because you don't really want to understand and look at some of the deeper systemic issues that cause people to have more chances of survival than other groups of people," says Sonia Ross.

A licensed clinical social worker based near Washington, D.C., Ross focuses on Black women's mental health and dispatches free advice and insight through her Instagram account, @fullcircletherapyservices. She says in a phone interview, "I think people sometimes use certain concepts to . . . not deal with the realities of life."

She says people may think it's fate that put them in a position where they're not refugees in an ICE jail cell, but "There's also systems and things that are crafted in certain ways that lead people to make certain choices. Like the ICE jail cells? They don't talk about how the United States just totally destabilized a lot of these countries, and [those people] felt like they had no choice but to cross the border.

"I think people would rather go on to the fantastical than face the reality of the situation," Ross says. "Sometimes it's very complex, and we're trained here, in the United States, to look at things in a very black and white way."

Nor are these viewpoints on luck ancient-held beliefs.

"Roughly, luck is about what could easily occur and [where] not much needs to change for it to occur," says Duncan Pritchard, a professor of philosophy and University of California-Irvine and the author of several books and articles on the subject.

He explains that Hollywood's storytelling traditionally feeds off of an "individualistic idea . . .  where we're all kind of like islands and we're all to be judged as individuals, and judged very harshly on cases if we make a misstep." And that this isn't "something that people believed until its last couple 100 years in the West."

"There's nothing like that in ancient thought; they did not have the same individualistic ideas of freedom and responsibility that we have," Pritchard says. "Those Hollywood stories? They're meant to make us think like that. And because it makes us feel bad."

Television can be an excellent tool for communicating ideas and introducing audiences to new experiences and people. It should not allow us to wallow in our own guilt, teach us that we are more fortunate than others, or stop us from doing more.