The worst film performances of 2021

So many bad "House of Gucci" performances, so little time (for that nonsense) 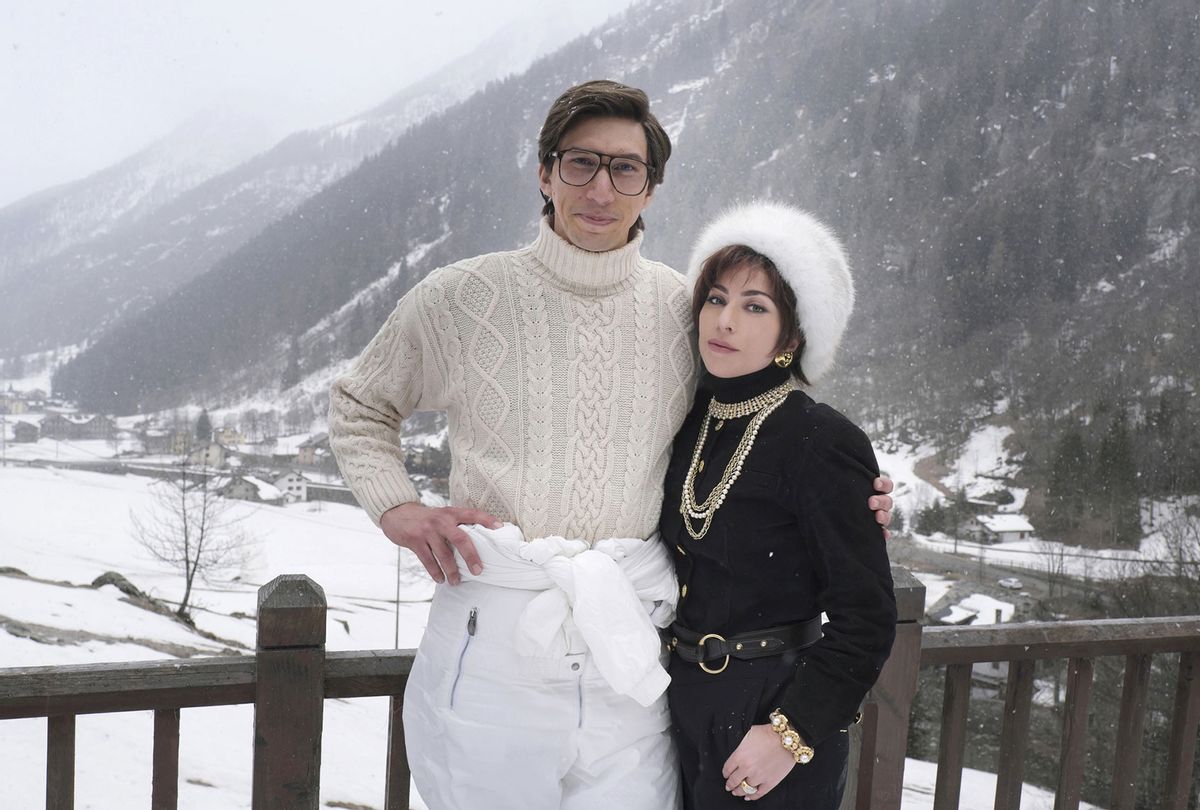 Adam Driver and Lady Gaga in "House of Gucci" (MGM/UA)
--

There were some astonishing performances in 2021, most notably the multilayered work by Tessa Thompson in "Passing" and Benedict Cumberbatch in "The Power of the Dog." Simon Rex gave the year's "comeback" performance in "Red Rocket" — even if he won't call it that. Agathe Rousselle had an unforgettable breakthrough with her debut in "Titane." And Colman Domingo delivered a stunning, shapeshifting turn in "Zola" that may be the year's scariest screen role. Even Josh Hartnett embodied white privilege brilliantly in the documentary series "Exterminate All the Brutes."

But this list is not going to celebrate those actors or those fine films. Instead, here is a rundown of some of the year's worst performances.

Jared Leto in "House of Gucci"

Leto's polarizing Paolo Gucci in Ridley Scott's tepid true crime drama may just be the most talked about performance of the year. Leto is arguably the best and worst thing in this film because his crass, exaggerated turn — which seems completely out of place here — is darkly comic. (The film could have been blackly funny, but Scott played it straight, and sucked all the juice out of it). Leto's heavy Italian accent is so overblown it practically defines his character; he wants respect and to be taken seriously, but he fumbles about, creating lousy designs, pissing on scarves, and generally just f**king up. One only feels disappointment with him. But he is also the most entertaining thing on screen because every scene is guaranteed to do something. Leto also gets the film's best line, about knowing the difference between s**t and chocolate, having tasted both. The film is forgettable, but, Mamma Mia!, even for haters, Leto is memorable. His performance is a cannoli — it is filled with cheese or sweet cream — take your pick.

Adam Driver in "House of Gucci"

Driver is a big blank void at the center of "House of Gucci," and his lousy performance may be why the film was so meh. He looks like he wanted to be anywhere else. He has no chemistry with his costars. And his character barely has a pulse. Sure, Mauricio is meant to be someone privileged who lived in a bubble, protected from the rest of society, but Driver makes him passive, not curious when the world opened up to him. He's boring, and Driver, who is one of the most interesting actors working today, should never be boring.

Case in point: his role in "Annette" (another polarizing film) lets Driver act to the rafters (which can be good or bad) as Henry McHenry, a comedian who performs his sold out one-man show, "The Ape of God," in a bathrobe on stage to an admiring audience that he repeatedly offends. As this overlong musical — all the dialogue is sung — lumbers along, Henry becomes more monstrous and unlikable. (He kills someone and exploits his own daughter, played by a doll.) But at least Driver makes viewers feel something, even if it's anger. He is fascinating to watch licking and tickling his wife, Ann (Marion Cotillard), and his scene in the film's end is either astonishing or maddening. Love "Annette" or hate it, there was no denying Driver was giving a go-for-broke performance that succeeded or failed.

Andrew Garfield gave two of the worst performances this year, both in biographies. As Jim Bakker in "The Eyes of Tammy Faye," he's creepy and quite queer (homoerotically wrestling in one scene), and it's discomfiting in the same way the chirpy Jessica Chastain as Tammy Faye's voice grates on viewers as she shrieks her every line. Garfield is going for smoothly sinister perhaps — a con artist who tried to hide the greed and lust that consumed him — but he's phony right from the start. (Tammy's mother, the fabulous Cherry Jones sees right through him). Garfield should have been seductive here, and he goes for smarmy instead. (Yes, that was Bakker, but that's not the point).

Similarly, Garfield's work as Jonathan Larson in "tick, tick…BOOM!" is equally needy and lacking. One can actually smell the flop sweat as Larson gives an agonizingly self-indulgent monologue that recounts his failed efforts to get the play that he thought would make his Broadway career get off the ground. But Garfield never makes Larson a real human; he portrays the musical theater director as a cartoon puppy who bounces around seeking love and adulation from everyone he encounters (even Sondheim!) but never actually deserves it. He's exhausting to spend time with and irritating.

What both of these excruciating performances indicate, however, is that Garfield really is born to star in the Tony Perkins biopic. He's a dead ringer for the actor, and given that role, he could finally put all the energy he expended in these films to good use.

Poor Amy Adams. Her performance last year in "Hillbilly Elegy" challenged fans who will see her in anything. She upped the ante this year with two terrible performances in two truly abysmal films. First there's the long awaited, and poorly made adaptation of the bestselling thriller, "The Woman in the Window." Adams plays Anna Fox, a medicated agoraphobe — "I can't go outside" she explains, helpfully — who swears she saw a murder. But is she being gaslighted? The bigger question is: Is the six-time Oscar nominee punking fans with her work here? Adams overemotes throughout and her looks of horror and confusion are the exact same expression in some scenes. At times, she is just unintentionally hilarious crying and cringing because she thinks she is going mad. Most fans who saw this film were mad at Adams for making such a dreadful film. It could have been a juicy part, but instead, it's joyless.

Adams is equally lousy in the musical, "Dear Evan Hansen." This pitiful screen adaptation of the hit Broadway show saddled Adams with a thankless role of a mother grieving over her son's death. The actress, who sings wonderfully in "Miss Pettigrew Lives for a Day," is flat here. She tries to convey a mix of hopefulness and pathos, but she comes off as desperate and feeble. Oddly, Julianne Moore, who also co-stars in both films, has a warm, engaging presence, so one has to think Adams needs a better agent.

Rami Malek in "No Time to Die"

Many Oscar winners go on to play Bond villains (see also Christopher Walken, Christoph Waltz, Javier Bardem) but Rami Malek — who can be so good at being sinister — makes his Lyutsifer Safin criminally bland. Malek fails to excite when he is on screen, often talking rather than doing, which is the kiss of death for a baddie in an action film. While Safin's plan to use a DNA-based bioweapon to kill millions is ambitious, Malek's lackluster performance here is anything but.

The cast of "Crisis"

"Crisis" came and went back in February, and while it should only be seen by cinemasochists, it deserves to be remembered for its myriad of bad performances.  Writer, director, producer (and cast member) Nicholas Jarecki's drama about the opioid crisis was miscast and mishandled. Armie Hammer is utterly stiff, basically scowling intensely through the entire film, giving a look rather than a performance. Evangeline Lilly gives several risible speeches that, like this film, can not be taken seriously. Even watching a preachy Gary Oldman squaring off with Greg Kinnear (in patented sleazy douchebag mode), is painful. "Crisis" may have been a well-intentioned morality tale, but it's one of the year's worst films.

Meryl Streep in "Don't Look Up"

It's become easier and easier to bash Meryl Streep these days because she has become so hammy. She mimics real people rather than acts, which shows off her flawless technique, but she fails to imbue her characters with any heart. In her career, she has gone from great performances playing victims ("Sophie's Choice," "Silkwood") to bad performances playing bullies ("Doubt," and "August: Osage County.") ["The Devil Wears Prada," is a notable exception.]

What is more, she also suffers from Florence Foster Jenkins syndrome — no one has the courage to tell her that she's bad. But La Streep is utterly unfunny in "Don't Look Up" playing the clueless President Orlean. (Perhaps after channeling Hillary in the ill-conceived remake of "The Manchurian Candidate," La Streep felt she had to play Trump?) Adam McKay's climate change satire was all over the place (which was one of its many problems), but Streep's broad playing tries too hard. Her performance is obnoxious, when only her character should be. President Orlean was all hair and accent and tramp stamp. Her dim-bulbishness, could have been comic, but La Streep didn't look like she was having any fun here (unlike her co-star Cate Blanchett). This is why her performance was bad. Playing an idiot president should have been shooting fish in a barrel, but the acclaimed actress shot the barrel, drained the water, and let the fish suffocate and die without actually hitting them.