The end of the year is when studios break out the big guns, but it seems moviegoers are pickier than ever 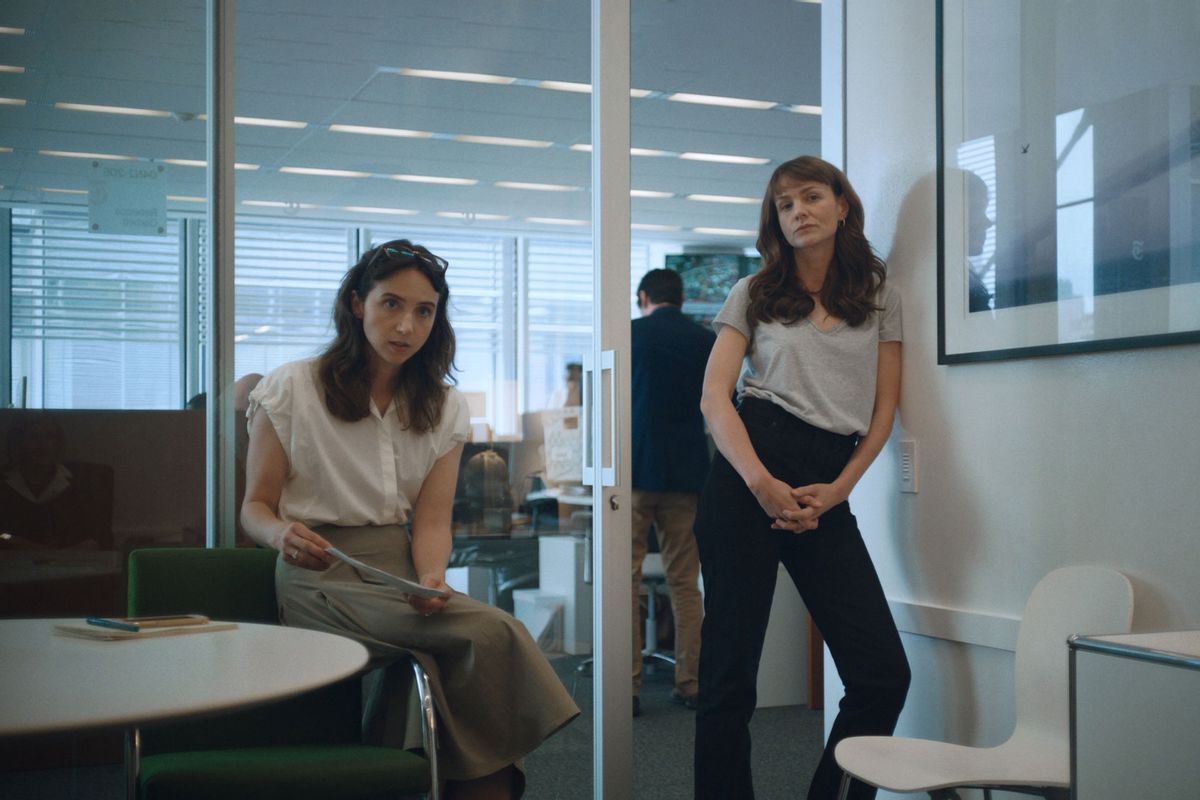 With the end of the year comes Oscar season, a time when major Hollywood studios as well as the independents are putting out their holiday best in the hopes of getting some gold statuettes come spring. You know the type: lush period dramas with tragic endings, grim looks at our tarnished society, glamorous turns in an inspiring (perhaps musical) biopic or actors donning latex and hairpieces to effect an astonishing transformation.

Looking at the films vying for attention this Oscar season, there are many – let's face it – depressing dramas.

There's only one problem. In this "post-pandemic" year, where people are starting to get out more, audiences are being more selective about what will get them to theaters and seem to be staying away from some of the year's so-called prestige pictures. This even applies to self-acknowledged cinephiles, who tend to mainline such films.

Breaking down the Oscar bait

Steven Spielberg's period piece loosely inspired by his Jewish family, "The Fabelmans," won the Toronto International Film Festival's People's Choice Award — which signposts it to get a Best Picture Oscar nomination, if not win — so viewers seem favorably disposed to it. That is, if they get around to seeing it. Since its November release, the film has flopped at the box office. (Spielberg's "West Side Story" last year did better in its holiday release during the pandemic.) Meanwhile, another period film about a Jewish family, "Armageddon Time," debuted a few weeks before "The Fabelmans" also did not stay in theaters very long. It, too, was considered a box office flop, and has not generated any real Oscar buzz, despite Oscar winners Anne Hathaway and Anthony Hopkins in its cast.

This was my year of not watching any Oscar bait

Another recent box office disappointment is "She Said," the dramatization of New York Times reporters Megan Twohey and Jodi Kantor breaking the Harvey Weinstein case, which struggled to find viewers despite decent notices and Oscar hopes. It may be that folks don't want to see a story they know how it turns out (Weinstein has been sentenced in New York, and is awaiting jury deliberations in LA), or would prefer a documentary treatment instead. Meanwhile, "Till," about the Emmett Till's lynching, has garnered Oscar buzz for Danielle Deadwyler's performance, but that does not necessarily motivate folks to see this heavy drama, based on a true story.

In contrast, "The Woman King," earned double in its opening weekend what "Till" made in its entire theatrical release, and it may very well snag star Viola Davis her fifth Oscar nomination. However, it is a fictional action-packed story despite featuring the Agojie, the real women warriors who inspired the Dora Milaje in "Black Panther"; therefore its success may have less to do with truth than its seeming relation to that MCU film. In fact, its run in theaters included trailers for "Black Panther: Wakana Forever," further cementing that association. 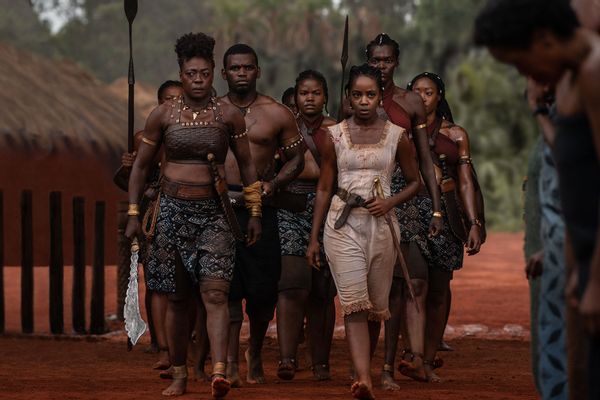 Viola Davis and Thuso Mbedu star in "The Woman King" (Sony Pictures/Ilze Kitshoff)Looking at the films vying for attention this Oscar season, there are many – let's face it – depressing dramas. Brendan Fraser is expected to get nominated, if not win, for his role as a 600-pound gay man trying to reconcile with his estranged teenage daughter in "The Whale." His showy performance is competing with "The Son," starring Hugh Jackman's lauded turn as another father of an estranged and troubled teenager. And Billy Nighy is in the running to get a long overdue Oscar nomination for his role as a dying man in "Living," a remake of Akira Kurosawa's "Ikuru." But will viewers want to leave their homes to see these death-themed dramas, or will they instead be looking for escapism in the form of "Avatar: The Way of the Water"?

And speaking of forthcoming films, how will folks (and the Academy) respond to "Babylon" director Damien Chazelle's 188-minute (!!) epic about 1920s Hollywood that has divided critics. Will it drop from the conversation like Alejandro Iñárritu's moviemaking epic, "Bardo: False Chronicle of a Handful of Truths"? And what about Sam Mendes' "Empire of Light," about a cinema in an English coastal town that features an Oscar-baiting performance by Olivia Colman as a theater manager struggling with her mental health? These films could be shunned despite Oscar-winning talent.

"The Inspection" and Don't Ask Don't Tell for a queer Black man: "Boot camp is brainwashing"

The prestige films may get all the nominations, but audiences are flocking mostly to fun, fictional films.

Even specialty films are struggling to break out of the pack. "The Inspection" had a primo berth as closing night of the New York Film Festival, and has received strong reviews, but as great as the film is, it is a tough sell to get viewers to pay to watch a homeless gay Black man enter boot camp and suffer mental and physical pain. Like "The Inspection," J.D. Dillard's "Devotion" is a military-based drama, also inspired by a true story — that of the first Black U.S. Navy fighter pilot (Jonathan Majors). It opened to solid reviews and very shaky returns. Costing $90 million and earning less than $6 million on its opening weekend, it is another one of the year's bigger flops. (It just didn't do "Top Gun Maverick" numbers). And will it get any Oscar love? Doubtful.

Which may be the lesson here. The prestige films may get all the nominations, but audiences are flocking mostly to fun, fictional films. "Glass Onion: A Knives Out Mystery" had a week's theatrical release over Thanksgiving and earned — if estimates can be believed — $12-15 million. (Netflix does not report its box office take.) "The Menu" surprised everyone with its $9 million opening and is expected to collect around $40 million by the end of its run. And "Ticket to Paradise" buoyed by its easy-on-the-eyes star power of George Clooney and Julia Roberts, as well as its easy-on-the-brain plotting — indicates what adult viewers may want to see — light comedy. (Sandra Bullock's "The Lost City" was one of the year's bigger hits.) 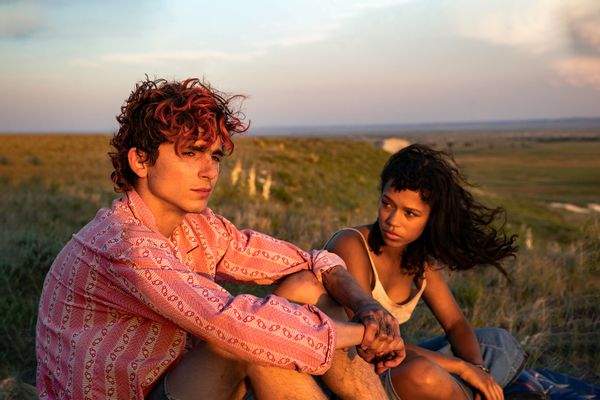 Timothée Chalamet (left) as Lee and Taylor Russell (right) as Maren in "Bones and All" (Yannis Drakoulidis / Metro Goldwyn Mayer Pictures)More challenging films, such as the cannibal romance, "Bones and All," are trying to find and keep an audience. It was promising that the queer tearjerker, "Spoiler Alert," opened to respectable box office. Even so, it's not getting any real Oscar buzz, despite Jim Parsons' aping Shirley MacLaine in "Terms of Endearment." "Women Talking," director Sarah Polley's critically acclaimed drama about an isolated religious community may also be a tough sell for mass audiences.

The Oscar hopefuls "TÁR" and "The Banshees of Inisherin" have both been accused of underperforming at the box office, but they will likely get boosts from being nominated. Alternately, the Daniels' "Everything, Everywhere, All at Once" confounded expectations earlier in the year to earn $104 million worldwide. It became indie distributor A24's highest grossing film of all time, and, it is expected to be an Oscar darling, even winning several awards. Both "Top Gun: Maverick" and Baz Luhrmann's "Elvis" are anticipated to get several nominations, including Best Picture and Actor for Austin Butler, respectively after their highly successful theatrical runs earlier this year. Even "Black Panther: Wakanda Forever" is in the Oscar conversation despite not earning as much as its predecessor.

It will be interesting to see if the soon to be released films will be blockbusters or just go bust. Will viewers prefer to see the Whitney Houston biopic, "I Wanna Dance with Somebody" and "A Man Called Otto," an American remake of "A Man Called Ove," starring Tom Hanks as a curmudgeon who befriends a child who moves in next door?

And then there is the issue of films playing on streaming services. Apple TV+, which won a Best Picture Oscar for "CODA" last year, has "Emancipation," featuring Oscar-winner Will Smith this year, but will viewers watch a film about a runaway enslaved man starring an actor with a tarnished reputation? Their other offering, "Causeway," starring Jennifer Lawrence and Brian Tyree Henry, could be a contender, but it feels like a longshot.

And while Netflix's "Bardo" may already be an also-ran, Guillermo del Toro's "Pinocchio" may get some Oscar love in the Animated film category. While Noah Baumbach's "White Noise" could be met with deafening silence. And it is unlikely that Adam Sandler, who failed to get a Best Actor nod for his work in "Uncut Gems," will be nominated for "Hustle." 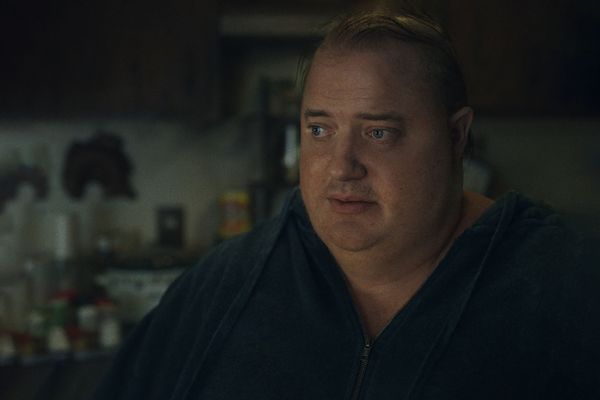 To gauge viewers interest in these Oscar-baiting films, Salon surveyed more than 30 of this reporter's film-savvy acquaintances (whose answers were anonymous) about what they want to watch — and why.

Several respondents wanted to avoid films with "bad buzz," though one specified, "I fear the preachy."

Approximately 35% of the respondents see four or more films a month in cinemas, and nearly 60% go at least twice a month to the theater, which indicates this is a dedicated group. And the primary reasons for having a Big Screen Experience — someone quoted Tom Cruise's statement, "It's just not the same on a TV screen" — is based on the director, the cast and the reviews, confirming that these are informed and educated filmgoers. One individual replied, "If it's MCU, I'm there."

When asked what folks want to get out of a theatrical screening, almost everyone said they  wanted to "feel something," "think," and "be engaged" — to have that "'Wow experience' you can only get in the theater." A handful of respondents wanted to escape and laugh, which suggests there is an appetite for serious drama.

Of the films releasing this month, "The Whale" seems to be generating the most interest with more than 70% of the respondents expressing interest in seeing it in the theater. "Babylon" was of interest to half of the participants, with "Empire of Light," "Glass Onion: A Knives Out Mystery" scoring between 40-49% interest. The titles arousing least excitement were "The Son," and "I Wanna Dance with Somebody," earning interest from less than 24% of the participants. 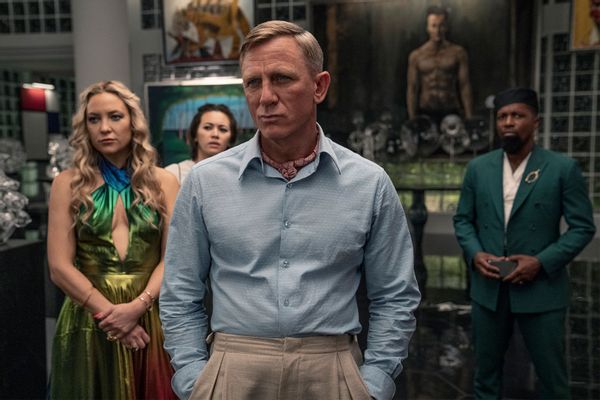 As for interest in fictionalized true stories (e.g., "She Said," "Till," "The Inspection," "Spoiler Alert" and "The Fabelmans,") the respondents were mixed. Half had little to no interest in these films because they were "depressing," and they were interested in "more than just a retelling of the story." But others were keen to see them because of strong reviews and performances.

What is interesting is that moviegoers are as likely to bite Oscar bait as they are to eschew it. "Bones and All" and "Avatar" were the films half of the survey participants least wanted to see, with "A Man Called Otto" close behind with 41% uninterested. "I am not drawn to the content or the cast," was a repeated refrain regarding the decisions whether or not to see something. More than 25%  the participants couldn't care less about Oscar buzz or reviews, while 60% just want to see a film with talent or a storyline that interests them.

Moreover, several respondents wanted to avoid films with "bad buzz," though one specified, "I fear the preachy," suggesting that some movies are the cinematic equivalent of bran muffins — they are supposed to be "good for you," or make you s**t, are not of much interest right now.

What can be gleaned from this is that viewers are choosy, and the content is not necessarily playing to their interests. There is an adult audience hungry to see films in the theater and the most popular titles this year from the participants has been "Everything, Everywhere, All at Once," "TÁR," and "Glass Onion: A Knives Out Mystery," with "The Whale" being the most anticipated film to see in the coming weeks.

So, while Oscar bait may pull an audience, studios just need to cater more to viewers than to Oscar.

about this year's successful movies