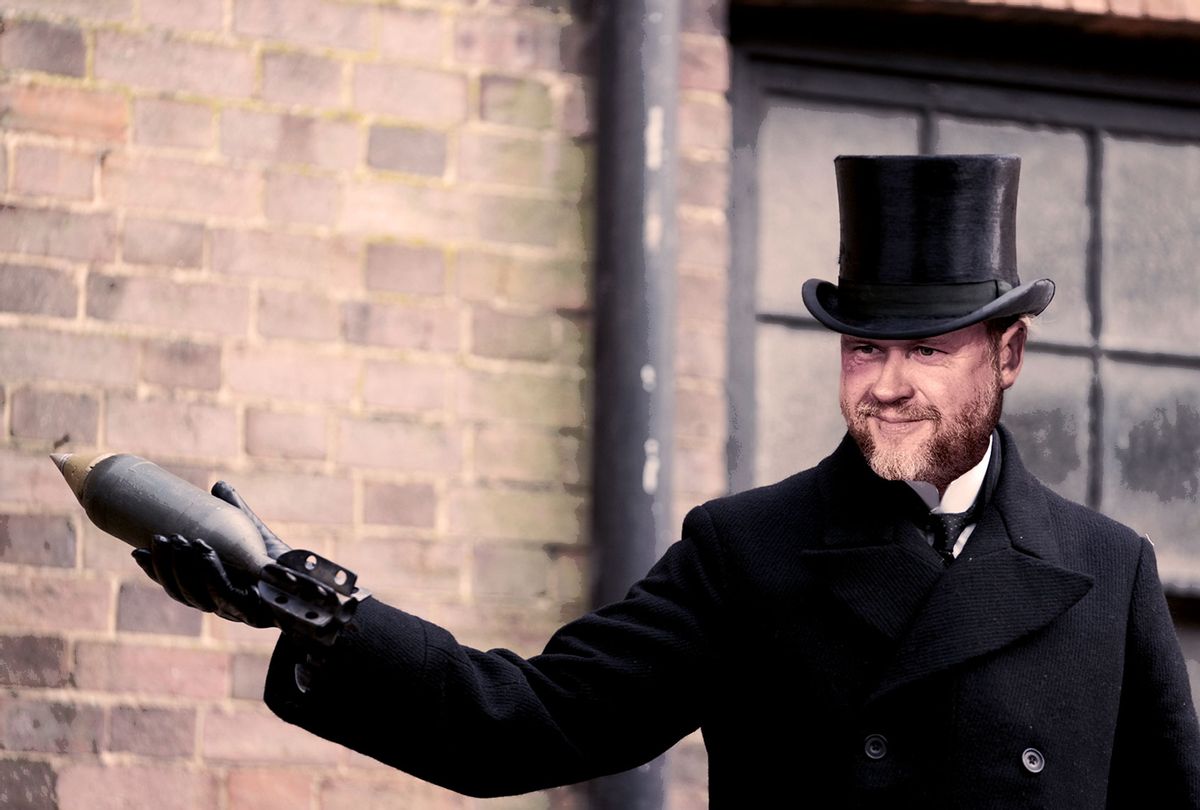 On Sunday HBO's Victorian fantasy series "The Nevers" airs its sixth episode before taking a break, owing to the mid-production departure of its creator Joss Whedon back in November 2020. Whedon left after Ray Fisher and Gal Gadot accused him of abusive behavior on the set of "Justice League" back in 2017, a story that began with a tweet from Fisher and still refuses fade into background noise.

If ever there were evidence that "cancel culture" is a boogeyman made from straw, there it is.

The "Justice League" behind-the-scenes drama is common knowledge by now. Earlier this month, in fact, Gal Gadot gave her most detailed allegations yet of Whedon's aggression toward her, telling Israeli news outlet N12, "He kind of threatened my career and said if I did something, he would make my career miserable," adding, "I just took care of it instead."

If you are wondering what this has to do with Whedon's current corseted super-lady mess, let's look at the timeline. Whisperings about Whedon's behind-the-scenes behavior failing to square with his feminist cred have circulated since his ex-wife Kai Cole published a blistering trade column chronicling his gaslighting and infidelity throughout their 16-year marriage.

That came out in 2017, the same year Whedon took over "Justice League" from Zack Snyder. Whedon's changes made the story worse, as the public now knows, and the movie flopped. By that point Warner Bros. was fully aware of what happened to Fisher and Gadot on the set, and that in each of their cases, the tension began over each actor's problems with his rewrites.

HBO, which is owned by Warner Media, picked up "The Nevers" straight to series anyway in the summer of 2018. You may recall that as the season when women's rage over society's continued excusal of sexual harassment, sexual assault and sexism, generally, boiled over.

Somehow HBO failed to put two and two together back then, but now we've seen the result of that decision – a show centered around a woman who has a tendency to fall out of her clothing while she's punching people. Basic cable drivel taking up space on a premium cable channel.

And its very existence is a rebuttal to Donald Glover's recently tweeted assertion that a fear of "getting cancelled" is to blame for boring TV and movies. Childish Gambino, we love you. But cancel culture isn't to blame for TV's middling-to-dull sameness or an overall lowering of creative standards.

Endless franchising of culture and the pursuit of same, now that's what's knifing originality to death. Whedon and "The Nevers" are Exhibit A of why that's a problem.

Glover is one of entertainment's most beloved multi-hypenates – an extraordinary hip-hop artist, comedian, and writer and actor. Creating FX's "Atlanta," one of the best shows on TV, cemented his reputation as an innovator, which is why the musings he tweeted last Monday hit like a needle scratch.

In his view, shared in several tweets, "we're getting boring stuff and not even experimental mistakes(?) because people are afraid of getting cancelled." Glover followed this with, "so they feel like they can only experiment w/ aesthetic. (also because some of em [sic] know theyre [sic] not that good)."

At least he wasn't whining about cancel culture neutralizing a toy's non-existent gender or destroying the Muppets, or moaning about it ruining comedy, as the New York Post walked Billy Crystal into doing a few days before this.

But his blaming cancel culture for the overall mediocrity of TV and movie was quite honestly flabbergasting – he's worked behind the camera and in front of it, and he knows how this industry works. Even if he's repeating fears that have been whispered in his ear by other frightened creatives, Glover should know better than to feed that lazy old scapegoat.

Everybody knows networks and studios are rushing to score the next "Game of Thrones" – even HBO, which has a prequel in the works. One killer piece of intellectual property feeds an entertainment corporation's coffers for decades, generating potential billions of dollars' worth of merchandising.

But individual creators are franchises too, and HBO knows this. The channel contributed to making names like David Chase ("The Sopranos"), David Simon ("The Wire"), David Milch ("Deadwood") and Larry David ("Curb Your Enthusiasm") synonymous with originality and excellence. HBO gave David Benioff and his partner D.B. Weiss free rein to steer "Game of Thrones" into the ground.

Davids have generally excelled at HBO, is what we're saying. But their shared appellation isn't the reason. Chase, Simon, Milch and David display a uniqueness of vision realized in their work, but that matters less than their names being associated with content that sells.

Whedon's brand has a track record of selling well, too. Marvel fans may have been let down by what he did with "Avengers: Age of Ultron," but it's still the fourth highest-grossing film in the MCU with a worldwide box office gross exceeding $1.4 billion.

"Justice League" lost money for Warner, but "Buffy the Vampire Slayer" was still beloved and marketable until it got out that Whedon, the man who built his career on creating superhuman women, disempowered Cyborg and threatened Wonder Woman. The studio could have canceled him in 2018. It still hasn't, and it's unlikely it will.

"The Nevers" isn't even "an experimental mistake." It's a straight redux of his previous shows' themes and beats with the addition of toplessness and sex scenes. It also logged the best-ever HBO Max debut for an original series, with the premiere attracting more than 1.4 million across linear channels and broadcast. Its season-to-date audience numbers have more or less held steady. Critics may call it muddled drivel, but this drivel is selling.

Besides, although people like Whedon aren't really getting canceled, neither is actual creativity. Glover knows this since the next season of "Atlanta" is in production right now. Other evidence of massive originally abounds across serialized entertainment.

HBO's also the home of "I May Destroy You," one of the freshest visions the medium has yielded in recent years, while HBO Max has the Jean Smart comedy "Hacks" and "Made For Love." Move over to Peacock and you can enjoy some real excellence in "Girls5Eva" and "Rutherford Falls," while Hulu is bringing us "PEN15" and "Shrill," and HBO's Warner sibling TBS is serving up Nasim Pedrad's "Chad."

All of these shows are made by or at least co-created by women and star women, and all of them are telling women's stories with genuine thoughtfulness. Nearly all of them are hilarious, and even the thematically dark "Made For Love" is loaded with bright humor.

Philippa Goslett has taken over as showrunner for "The Nevers," and we'll see what she'll does with the six as yet unaired episodes remaining in its first season. She's working with a decent overall concept – even the dumbest episodes contain sparkles of hope Goslett may experiment with, possibly transforming this retread of a fantasy story into something legitimately epic.

HBO might end "The Nevers" anyway, regardless of what she does. But if that happens, don't blame cancel culture. Instead, hope that studios become brave enough to ask her and others striving to become known names to pitch stories we haven't seen before, and nurture their originality. Give us a break from sameness instead of giving the Whedons of the world more of them.