How will "Evil Dead" and "Spidey" director Sam Raimi fare in the MCU? It'll swallow his soul 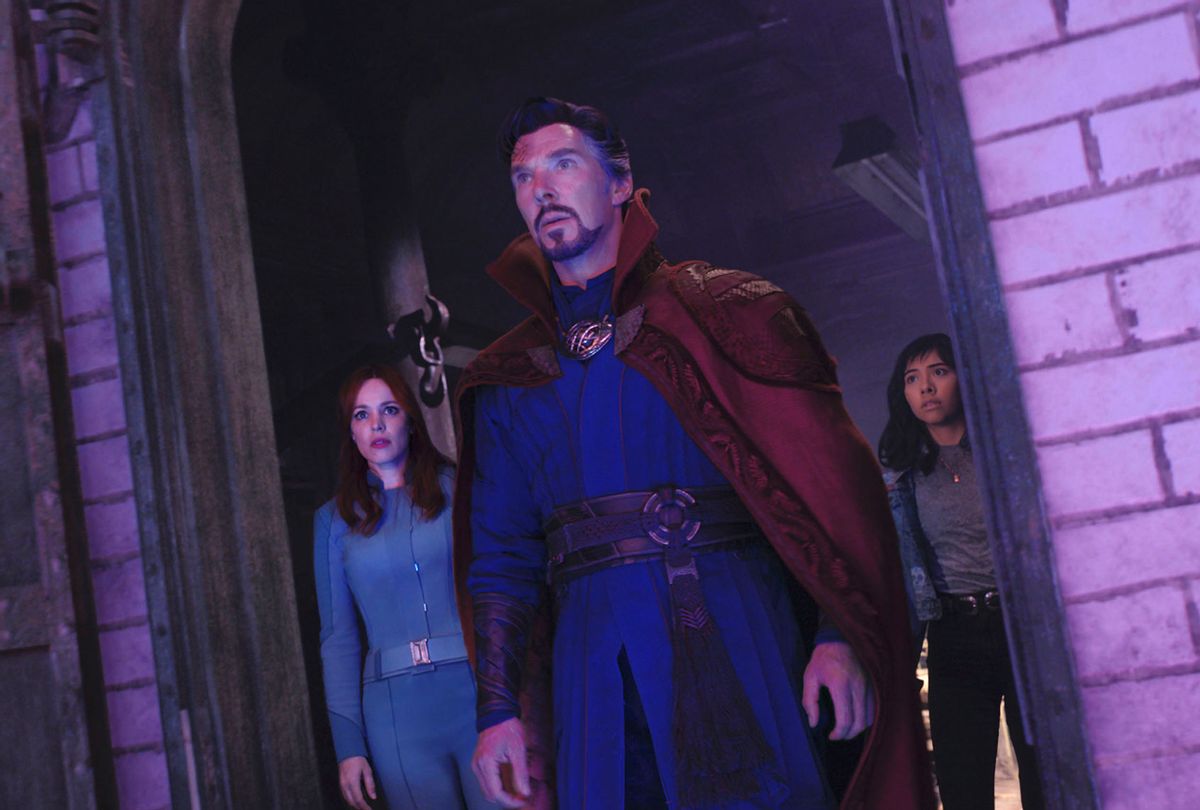 On May 6, the latest film in the Marvel Cinematic Universe will arrive: "Doctor Strange in the Multiverse of Madness."

As you may have heard, it's directed by Sam Raimi. At first blush, the return of the man who helmed the original blockbuster Spider-Man film trilogy as well as the riotously campy "Evil Dead" trilogy seems like a coup for comic-book fanatics. Awkward wonder-boy Tobey Maguire ushered in the tentpole superhero franchise for a new millennium, replacing the genuine cartoonishness of Tim Burton's Batman films with stylized set-pieces and performative angst befitting a generation reeling from the '90s.

Yet the example of recent Marvel flicks and a glance at the trailer reveals a more depressing probability: an auteur who once pioneered transgressive and goofy takes on the fantastical has been swallowed by the corporate machine.

His foray into the MCU seems bound to wipe any trace of his distinct touch from the final product. Bigots have recently been going on pathetic tangents targeting the content of  parent company Disney for promoting LGBTQIA+ perspectives and love stories, among other things, and have totally missed the mark on what kinds of critiques should be leveled against the spreading Disney empire – and why it's worrying that legacy directors like Sam Raimi are surrendering to it.

Why should Raimi's history as a fiendish troublemaker and purveyor of gonzo violence stand apart from the MCU? It bears mentioning again that he got his career off the ground with the cult classic "The Evil Dead." This is a movie that was X-rated when it came out in 1981 and re-rated NC-17 13 years later, since it was still too graphic to be R-rated despite changing norms. It remains that way today. Unlike an MCU film, it's strikingly honest about its intentions and its ironies. The voluminous gore of the low-budget movie came from painstakingly applying pounds of make-up to achieve the right nauseating effects, and required considerable buy-in and self-discipline from the cast.

RELATED: "Amazing Spider-Man 2" could've been great – if it weren't a superhero movie

The thing about modern MCU films, especially the Tom Holland-starring "Spider-Man" trilogy, is that they all have been workshopped into a state of claustrophobic innocence.

In addition to being both gross and quite funny, the movie has a lived-in artisanal charm; although perhaps perverse, there's something truly admirable and creative about the craft applied to such grotesquerie. Most importantly, this transferred through to his work even as he came to embrace blockbusters like "Spider-Man," creating a subversive effect. Think of the truly nasty way Willem Dafoe's Green Goblin meets his demise in the OG Spider-Man, or the freakish hospital scene in "Spider-Man 2." Aesthetically and practically, they feel rooted in Raimi's horror past — and add up to a suitably brazen depiction of the grittiness that often finds full expression in the comic-book source material. 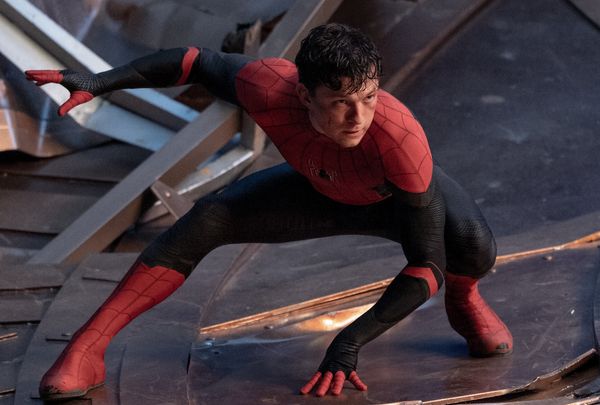 Tom Holland in "Spider-Man: No Way Home" (Marvel Studios/Sony Pictures)The thing about modern MCU films, especially the Tom Holland-starring "Spider-Man" trilogy, is that they all have been workshopped into a state of claustrophobic innocence. There's little in a movie like the recent "Spider-Man: No Way Home" that comes across as provocative. It exists in the same imaginary realm all other MCU movies do, one where being a superhero is like entering a Disney theme park; everything is anodyne and bloodless. It erases the uncomfortable violence inherent to the superhero mythos, the celebration of vigilantism – and therefore perhaps fascism.

In contrast, Matt Reeves' recent iteration of "The Batman" from the DC Comics Universe, for example, depicts Bruce Wayne as an antisocial trust-fund baby and monomaniacal dispenser of brutality in an earnest and accurate deconstruction of superhero worship. Such a blunt narrative would never pass muster in a Disney boardroom. Tom Holland, with his bookish people-pleaser charm, is the quintessential Marvel poster boy: cute and harmless, wracked by guilt over how much he's called to save the world. Taking on Mysterio or Sandman or The Lizard is all color and pop, PG-13 SFX galore. Family-friendly profit margins demand erasing the collateral damage of Spidey run amok.

Intriguingly, in "No Way Home," Holland's Spidey initially feels tortured that his web-slinging ways have brought the death of his Aunt May, that maybe everything he touches turn to s**t — maybe his naivete and ego have got the best of him this time, a classic case of superhero overreach. Yet this is quickly supplanted by a narrative of overcoming the desire for revenge (against the Green Goblin, of course), of making sure one's gift does not become a curse. Holland eventually chooses to use his power for Good, and not for Evil, and in doing so salvages the sacrosanct purity and moral reputation of Marvel superheroes.

The patent unreality of the incoming "Doctor Strange" could not be at a farther remove from the carefully stitched and pustulant demons that haunt Ash Williams in "The Evil Dead" series.

Other modern-day Marvel films can feel like endless reiterations of the same underlying aesthetic, interchangeable and structured around similar plot arcs and punchlines. One gets the feeling that it's all rather formulaic. "Black Widow," for instance, may contain the foundations of an extended reflection on nonconformist families, oppressive patriarchy, and coping with past trauma. It's a setup for weighty themes that could resonate with any demographic of filmgoers. Yet its sketch of these ideas often falls victim to the same issues that plague other MCU entries: thinly written villains, forced jokes, endless and mind-numbing action sequences that mistake CGI excess for entertainment. Nothing feels fluid or measured. Relationships between characters are often cloyingly sentimental and one-dimensional, reflecting plot lore rather than fleshing out extended emotional sketches. Hero Natasha Romanoff (Scarlett Johansson) has a disturbing origin story in the Red Room, but it's mostly reduced to highly stylized flashback sequences that communicate totalitarianism in flat and sensationalist terms (flashing images of stormtroopers and microchip mind control).

It seems likely that this sterilized trend is bound to continue with the latest "Doctor Strange." The trailer seems to feature giant alien shellfish creatures and glowing space mummies, impressively foreboding monsters to be sure. Yet, to return to Raimi and emphasize what production methodology made him great, CGI underlines the whole shebang. Yes, "The Evil Dead" was a product of artifice, but it was a notably human artifice. The patent unreality of the incoming "Doctor Strange" could not be at a farther remove from the carefully stitched and pustulant demons that haunt Ash Williams in "The Evil Dead" series, which feel unpleasantly alive. Yes, Raimi went digital many moons ago, but letting the algorithm rule the beasts of his mind feels like surrender.

It's likely that Raimi couldn't care less about all of this, since he'll inevitably get butts in seats when Gen X eye candy like Benedict Cumberbatch dons his wizard's cloak again. One might wonder, however, whether or not the distance from Raimi's scrappy days as a low-budget enfant terrible privately torments him. Maybe he's just eager to cash a fat check and put his name back on the big stage. The consequence of this will be that he may become indistinguishable from lesser directors, the Jon Watts and Marc Webbs of the world, who have resigned to being just another cog in Disney's MCU machine. Raimi will also be indistinguishable from those that continue to make the superhero genre feel more and more morally whitewashed, a dangerous abandonment of the form's roots as a cautionary tale.

More stories about the MCU: